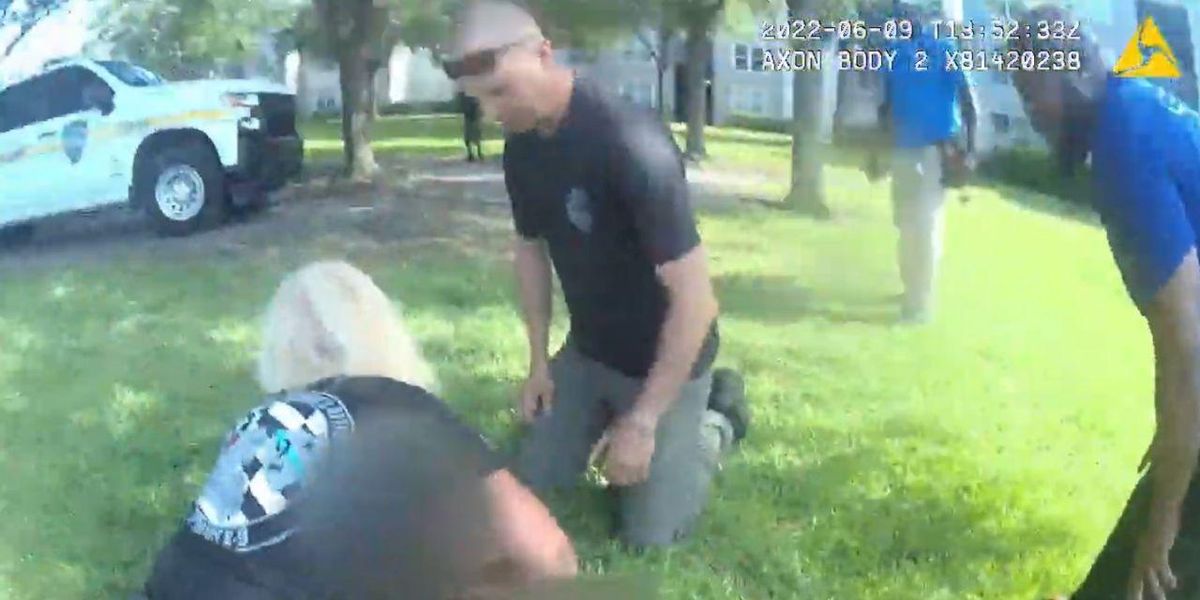 On Tuesday, Florida law enforcement released bodycam footage of an officer heroically and without hesitation jumping into a retention pond to rescue a drowning baby, even though she did not know how to swim, Fox News Digital reported.

Officer Me’Atia Sanderson with the Jacksonville Sheriff’s Office has been praised as a hero for risking her own life to save the infant.

“Sanderson, who does not know how to swim herself, without a second’s hesitation, entered the pond to retrieve the child and performed CPR until she was relieved by other responding officers,” the sheriff’s office stated.

Sanderson, who joined the force in March 2019, was the first officer to arrive at the scene on June 9, according to authorities. The sheriff’s office released the officer’s bodycam footage for the first time earlier this week.

The footage captured the officer arriving at an apartment complex, exiting her vehicle, and sprinting toward the direction of the retention pond tucked behind the buildings. As she approached the pond, frantic bystanders alerted her that the child was still in the water.

“Help! Over here,” a woman can be heard yelling to the officer.

Sanderson then asked the woman, “Where’s the baby at?”

The woman replied that the child was underwater and pointed toward the pond.

“He’s somewhere under there,” said the woman.

Without hesitation, the officer jumped into the water to rescue the drowning infant. The camera was then fully submerged underwater for several moments while the officer rescued the baby.

Once the child was retrieved from the pond, the officer began CPR.

“Come on, baby,” Sanderson can be heard saying while performing life-saving measures on the infant.

Moments later, two more officers arrived at the scene and assisstted Sanderson with the CPR.

The sheriff’s department stated that Captain Christopher Scott and the Jacksonville Fire and Rescue Department wrote a letter recognizing Sanderson for her “quick and decisive decision to go into the retention pond.”

“Her actions, while putting her own life at risk, undoubtedly saved the child’s life,” the department noted.