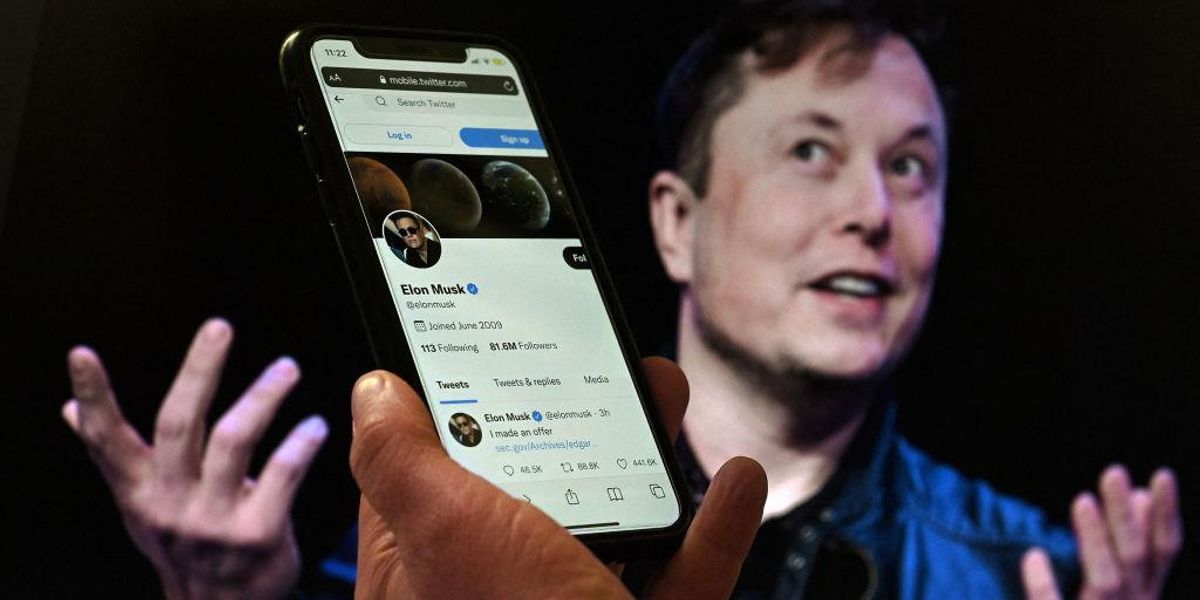 Elon Musk has indicated that he would support Florida Gov. Ron DeSantis for president in 2024.

“My preference for the 2024 presidency is someone sensible and centrist. I had hoped that would the case for the Biden administration, but have been disappointed so far,” Musk noted in a tweet on Friday.

When someone asked Musk if he would support DeSantis, Musk replied, “Yes.” He then added, “But Twitter as a platform must be fair to all.”

DeSantis, who just won reelection during Florida’s 2022 gubernatorial contest, has not announced plans for a 2024 White House bid, but is widely viewed as someone who could potentially run for president.

Musk indicated on Friday that if Apple and Google were to ban Twitter from their app stores, he would develop “an alternative phone.” He made the comment when responding to a post in which conservative commentator Liz Wheeler had floated the idea.

“If Apple & Google boot Twitter from their app stores, @elonmusk should produce his own smartphone. Half the country would happily ditch the biased, snooping iPhone & Android. The man builds rockets to Mars, a silly little smartphone should be easy, right?” Wheeler tweeted.

“I certainly hope it does not come to that, but, yes, if there is no other choice, I will make an alternative phone,” Musk replied.

u201c@Liz_Wheeler I certainly hope it does not come to that, but, yes, if there is no other choice, I will make an alternative phoneu201d

Musk, who has already reinstated some accounts since taking over the social media company, has announced plans for a mass reinstatement of suspended Twitter accounts. The idea was supported by a majority of votes in a poll that Musk posted proposing “general amnesty” for suspended accounts that had not violated the law or perpetrated “egregious spam.”

“Apple and Google need to seriously start exploring booting Twitter off the app store,” Caraballo, said, according to a piece by Post columnist Taylor Lorenz. “What Musk is doing is existentially dangerous for various marginalized communities. It’s like opening the gates of hell in terms of the havoc it will cause. People who engaged in direct targeted harassment can come back and engage in doxing, targeted harassment, vicious bullying, calls for violence, celebration of violence. I can’t even begin to state how dangerous this will be.”

Caraballo tweeted, “‘Trans people deserve to die’ is a legal statement and any account suspended for saying that could be brought back under the ‘general amnesty.’ This is like opening the gates to hell in terms of hate speech.”

Musk responded, “Incitement to violence will result in account suspension. Currently suspended accounts will be enabled slowly next week after manual review to determine whether they have potentially broken the law or engaged in spam. Twitter will be a forum for the peaceful exchange of views.”

u201c@Esqueer_ Incitement to violence will result in account suspension. nnCurrently suspended accounts will be enabled slowly next week after manual review to determine whether they have potentially broken the law or engaged in spam.nnTwitter will be a forum for the peaceful exchange of views.u201d