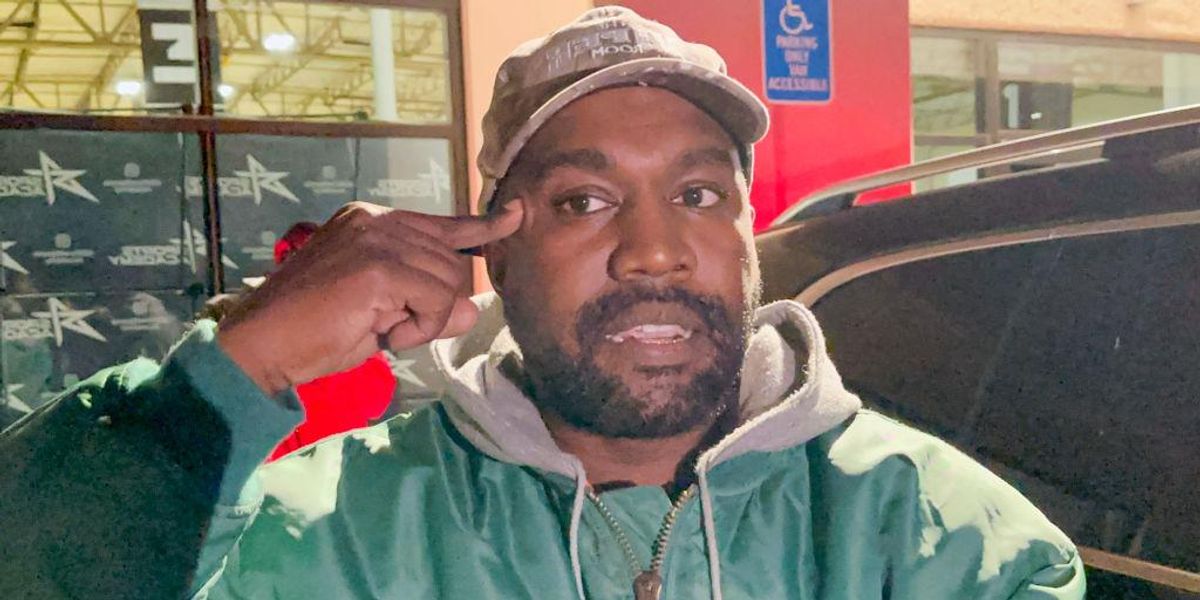 Undiscouraged by his abysmal showing in 2020, Kanye West has announced that he is once again running for the highest political office in the land. The 45-year-old rapper, who lost billions of dollars in brand deals over a series of anti-Semitic remarks last month, posted his presidential campaign logo to social media early on Friday.

West, who legally changed his name to Ye in 2021, appeared on the 2020 presidential ticket as an independent in 12 states. According to Newsweek, West received fewer than 60,000 votes and lacked even the support his then-wife Kim Kardashian.

On Friday, West indicated that he will try again, posting “#YE24” to his recently unlocked Twitter account.

When asked last weekend if he planned on running, West told the X17 YouTube channel, “Yes. It’s simple ’cause ain’t nobody can tell me, you know, ‘you should say this, you shouldn’t say that,’ you know? It’s just we’re moving towards the future.”

West also indicated that former Breitbart News editor Milo Yiannopoulos, present at the time of the initial impromptu confirmation, was “working on the campaign.”

West reportedly met with Trump on Tuesday and revealed his intentions at the former president’s Mar-a-Lago residence.

In an interview posted to his account, West suggested that he “perturbed” Trump by asking him to sign on as his running mate.

“Trump started basically screaming at me at the table, telling me I’m going to lose. Has that ever worked for anyone in history?” said West.

The Insider noted that unlike Trump, who formerly announced his 2024 bid on Nov. 15, West has yet to file the required two-page “Statement of Candidacy” form.

West has burned multiple bridges and received a great deal of negative attention in recent weeks and months.

The BBC reported that Adidas has recently launched an independent investigation into claims that West had created a “toxic environment” when working with the company.

This investigation was prompted by a Rolling Stone story citing anonymous allegations that West, a sometimes fashion designer, had intimidated workers and engaged in a “very sick pattern of predacious behavior toward women” who worked for him under the partnership.

It wasn’t just employees and coworkers who allegedly found themselves in the rapper’s crosshairs.

In October, West issued a slew of anti-Semitic remarks, in one instance tweeting that he wanted to go “death con 3 on JEWISH PEOPLE,” and that he couldn’t be “Anti Semitic because Black people are actually Jew also.”

“You guys have toyed with me and tried to black ball anyone whoever opposes your agenda,” wrote West.

West was temporarily suspended from Twitter after his rant.

Ted Deutch, CEO of the American Jewish Committee, said in response, “Although some have tried, there is no rationale, no explaining away Kanye West’s rants on social media for anything else than what they are: vicious antisemitic statements that pose a clear and present danger to every Jewish person.”

After these comments and a host of others like them, numerous companies and individuals cut business ties with West.

While losing friends and business, West also ran the risk of potentially losing big in court.

The mother of George Floyd’s daughter threatened to filed a $250 million suit against West for suggesting that Floyd “died from a fentanyl overdose and pre-existing conditions, instead of Derek Chauvin’s knee on his neck.”

West had started last month by agitating leftists with his decision to wear a “White Lives Matter” shirt to a fashion show with conservative pundit Candace Owens.

u201cKanye West decision to wear a u201cWhite Lives Matteru201d shirt is disgusting, dangerous, and irresponsible. Some of yu2019all will rush to defend him. You should ask yourselves whyu2026u201d

At the event, the rapper stated, “I am Ye, and everyone here knows that I am the leader.”