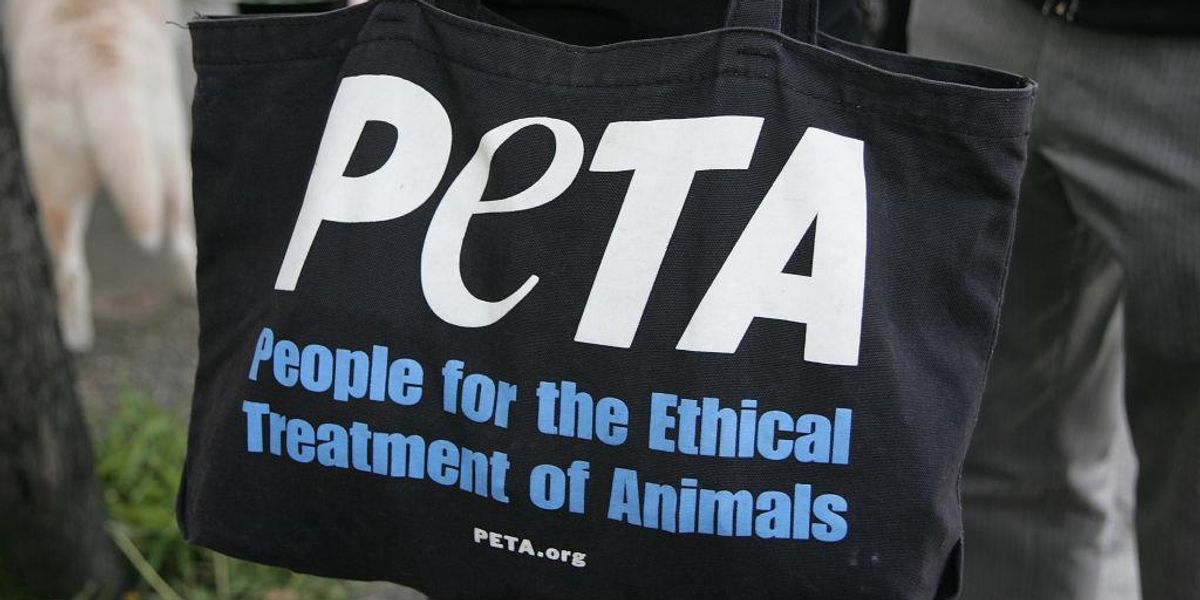 People for the Ethical Treatment of Animals posted a tweet the day before Thanksgiving that depicted a family of turkeys, or more specifically human bodies with turkey heads, preparing to eat a human being for dinner.

“POV: The dinner tables turned & a family is gathering around your dead body to share why they’re thankful,” PETA tweeted.

Jerry Dunleavy of the Washington Examiner mockingly replied to the post, tweeting, “the turkeys must be destroyed before they rebel against us.”

u201cthe turkeys must be destroyed before they rebel against usu201d

“For an organization that has been so astonishingly terrible at their core mission they’ve created more meat-eaters than activists, you have to admire their stubborn dedication to changing absolutely nothing, passionately and arrogant, smug self-righteousness, year after year,” tweeted Chad Felix Greene.

PETA also posted a cartoon that depicted a distressed turkey as maniacal-looking woman pours gravy on the bird, and a man with a similarly crazed look licks his lips while saying, “I can’t wait to slurp up these juices!” — another character says, “Mmm she’s so juicy!”

“And some folks still think Tofurky is weird,” PETA commented when sharing the cartoon.

Earlier this year PETA scolded Elon Musk after he tweeted about enjoying some chocolate milk.

“Chocolate milk is insanely good. Just had some,” Musk tweeted.

“Drinking cow’s milk is like driving a gas guzzler. The dairy industry is one of the worst contributors to the climate catastrophe. What happened to caring about the environment? Now chocolate oat milk we can get behind,” PETA responded.

u201cDrinking cowu2019s milk is like driving a gas guzzler. The dairy industry is one of the worst contributors to the climate catastrophe. What happened to caring about the environment?nnNow chocolate oat milk we can get behind ud83dude0bu201d

PETA’s website says that the organization “opposes speciesism, a human-supremacist worldview, and focuses its attention on the four areas in which the largest numbers of animals suffer the most intensely for the longest periods of time: in laboratories, in the food industry, in the clothing trade, and in the entertainment business.”