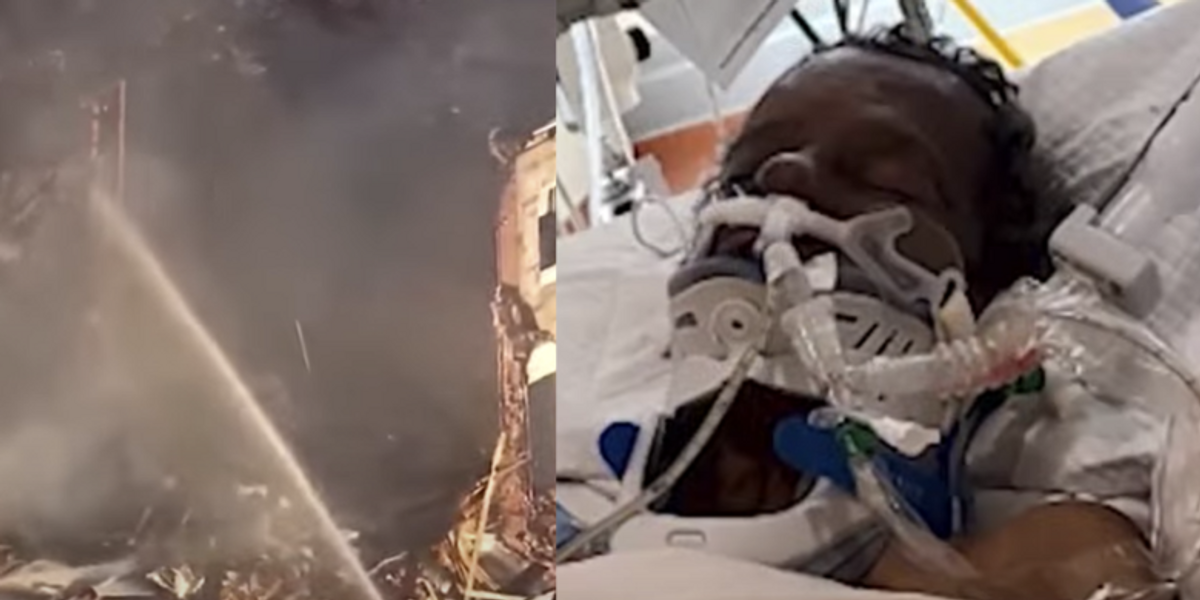 A 70-year-old Marine veteran from Maryland is fighting for his life after valiantly storming into a rowhouse that exploded so that he could rescue two strangers from the devastating blast.

Terry Bagley was walking to the local market in the Pigtown neighborhood in Baltimore to purchase some items for his family’s Thanksgiving meal when an explosion erupted at a rowhouse around 2 p.m. on Thursday. Bagley jumped into action and bravely ran into the fiery building, looking for anyone who needed assistance in escaping. The explosion destroyed one rowhouse and damaged several others.

Bagley was able to rescue a 16-year-old girl and a 48-year-old woman from the burning building. However, Bagley was severely injured from the incredible rescue mission. Firefighters pulled Bagley out of the rubble of the rowhouse that was leveled by a severe explosion.

The woman and the girl are said to be in stable condition, but Bagley is in critical condition and is in a medically induced coma. Bagley suffered a broken pelvis, broken femur, and broken hand, according to his daughter.

The hero’s daughter, Eris Bagley, told WBAL-TV that her father risked his own life to save strangers “because he’s a Marine.”

“He thought nothing about his own life to save two women that he did not know,” she said.

“My dad endured polio as a child. He also endured the thing with Camp Lejeune with toxic water, and he also served in the Vietnam War,” she said. “(He was) heroic, but I wish he didn’t do it because now I’m scared that I am about to lose him. But I’m glad he did it to save people he didn’t know.”

Terry Bagley Jr. said, “It was a brave thing for him to do, especially at his age being 70 years old. When I see him looking, sometimes, lifeless, it scares me because I don’t know if he hears me when I’m talking, and I see some action with his fingers moving and stuff like that. But at the end of the day, I’m still scared because anything could go wrong.”

A GoFundMe campaign has been launched to help pay for Bagley’s medical bills.

Bagley is a married father of five who works housekeeping at the Veterans Affairs hospital.

Neighbors had been complaining of a strong odor of natural gas days before the explosion.

The cause of the explosion is still under investigation.

School district blasted for racism after it calls 4th graders’ snowman ‘just as diverse as our students’
Israel Reportedly Behind Drone Strikes in Iran
Would Kari Lake Make a Good Running Mate for Trump?
Republican Retaliation Against Democrats on Committee Assignments Is Completely Justified
Homeless man molested 12-year-old at Georgia park after giving her liquid that made her dizzy, police said