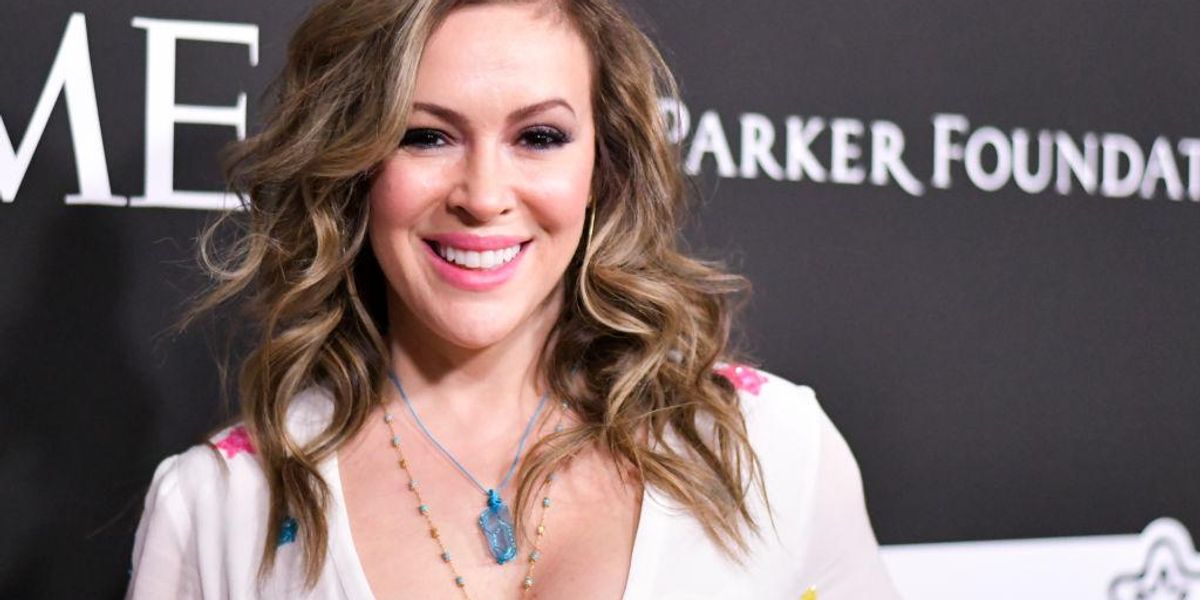 Actress-turned-activist Alyssa Milano backed herself into a corner after she bragged about ditching her Tesla electric vehicle. Milano hinted that she got rid of her Tesla because Elon Musk is the CEO of the electric vehicle brand, suggesting that nobody should do business that aligns with “white supremacy.” However, reactions on Twitter pointed out how her new electric car is problematic.

Milano posted a virtue-signaling tweet on Saturday morning about scrapping her Tesla in favor of a Volkswagen (VW) electric vehicle (EV).

“I gave back my Tesla. I bought the VW ev. I love it,” Milano wrote on Twitter

The Hollywood actress added, “I’m not sure how advertisers can buy space on Twitter. Publicly traded company’s products being pushed in alignment with hate and white supremacy doesn’t seem to be a winning business model.”

u201cI gave back my Tesla.nnI bought the VW ev.nnI love it.nnIu2019m not sure how advertisers can buy space on Twitter. Publicly traded companyu2019s products being pushed in alignment with hate and white supremacy doesnu2019t seem to be a winning business model.u201d

Despite demanding that companies stop advertising on Twitter because of the social media platform’s “alignment with hate and white supremacy,” Milano has not said that she will stop using Twitter. She previously said that Musk’s acquisition of Twitter would not force her to leave the social media network.

Milano has been a fervent user of Twitter since 2009, racking up more than 3.5 million followers.

Numerous Twitter users noted a flaw in Milano’s rationale to switch from a Tesla to a Volkswagen to fight “white supremacy.” Several commentators pointed out that Volkswagen was created by Adolf Hitler’s Nazi Party.

The Libertarian Party of Tennessee: “Volkswagen… who were they founded by?”

The Hodge Twins: “Volkswagen was literally founded by the Nazi’s and Hitler.”

Writer Mark Hemingway: “Nothing says ‘I’m concerned about white supremacy’ like buying a car from a company founded by the Nazi government.”

Podcast host Zeek Arkham: “So… you already bought the Tesla, which made Elon money, and then ‘gave’ it back, which costs Elon nothing. Yeah, you sure showed him. I hope he learned his lesson on that one.”

History.com noted, “On May 28, 1937, the government of Germany—then under the control of Adolf Hitler of the National Socialist (Nazi) Party—forms a new state-owned automobile company, then known as Gesellschaft zur Vorbereitung des Deutschen Volkswagens mbH. Later that year, it was renamed simply Volkswagenwerk, or ‘The People’s Car Company.'”

The U.S. Holocaust Memorial Museum added, “On May 26, 1938, Nazi dignitaries gathered near Fallersleben in northern Germany to lay the foundation stone for the Volkswagen Works. The Führer himself was present, predicting that this Volkswagen, initially known as the Kraft-durch-Freude-Wagen, or KdF-Wagen, would be ‘a symbol of the National Socialist people’s community.'”

The Nation reported, “According to historical records, as early as June 1940 Volkswagen had already begun using forced labor. German historian Ulrich Herbert has documented in his 1997 book ‘Hitler’s Foreign Workers’ that, at times, as much as 70 percent of the company’s workforce was conscripted, primarily from Eastern Europe. Basically, these workers were slaves, given just a pittance to live on. But Volkswagen subscribed fully to the Nazi racialist theories that categorized non-Aryans as subhuman — and, like the Nazis themselves, it had a pecking order, which factory director Hans Mayr later outlined for Allied war-crimes investigators.”