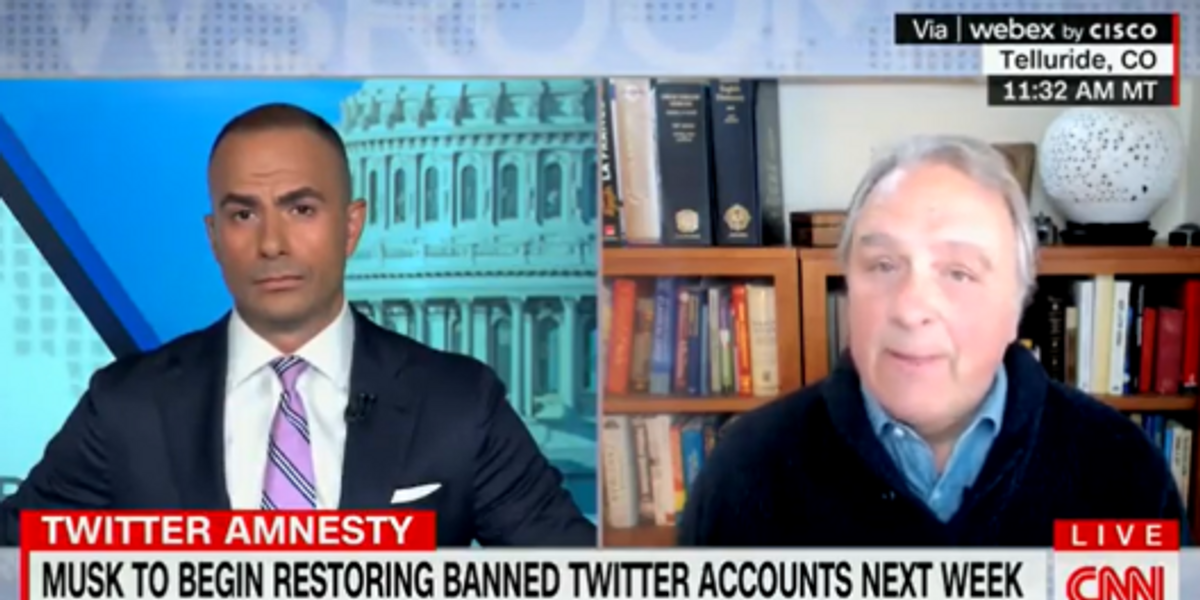 A CNN analyst aspersed the freedom of speech as “nonsense,” and claimed that Vladimir Putin and Russia will be “all over Twitter” dispersing disinformation to the entire world.

“CNN Newsroom” host Boris Sanchez began by bringing up the news that Musk plans to grant mass amnesty to accounts that were previously suspended. Musk made the decision after running a Twitter poll, in which 72.4% approved of welcoming the previously banned accounts.

“The people have spoken. Amnesty begins next week,” Musk tweeted on Thursday.

Sanchez asked Baer about his opinion regarding formerly banned accounts being reinstated.

Baer responded, “Well, Boris, I can tell you one thing, Putin will be all over Twitter if there’s no regulations on this. Fake accounts, spoofed accounts, the rest of it, this is a great opportunity for him.”

Without evidence, Baer added, “And so when he’s talking about the popular voice, Musk, he’s really talking about Russian intelligence.”

“The Russians are waiting for something like this,” the former CIA agent claimed.

“They need a propaganda campaign against the United States and against our support for Ukraine,” he continued. “And they’re going to be all over Twitter. I guarantee this. Supporting the far right, plans, demands to stop arming Ukraine. You just wait.”

Baer alleged that the Russians will “put up” misinformation and it will “cascade everywhere, in India, in Europe.” He said the Russian disinformation would “appeal” to the European far right and Chinese. He said that Putin and the Russians are going to weaponize Musk’s new pro-free speech Twitter “as a vehicle to save himself and Ukraine.”

The CNN security and intelligence analyst bizarrely asserted, “And you know, this freedom of speech is just nonsense because you can’t go in a movie theater and yell ‘fire.’ It’s against the law.”

Sanchez asked Baer to provide advice to the Tesla and SpaceX CEO on how to lead Twitter, and the CNN analyst somberly replied, “I’d say this Libertarian nonsense is destructive to American national security. And he has got to reinstitute the same restrictions that were on Twitter before he bought it. There’s no other choice.”