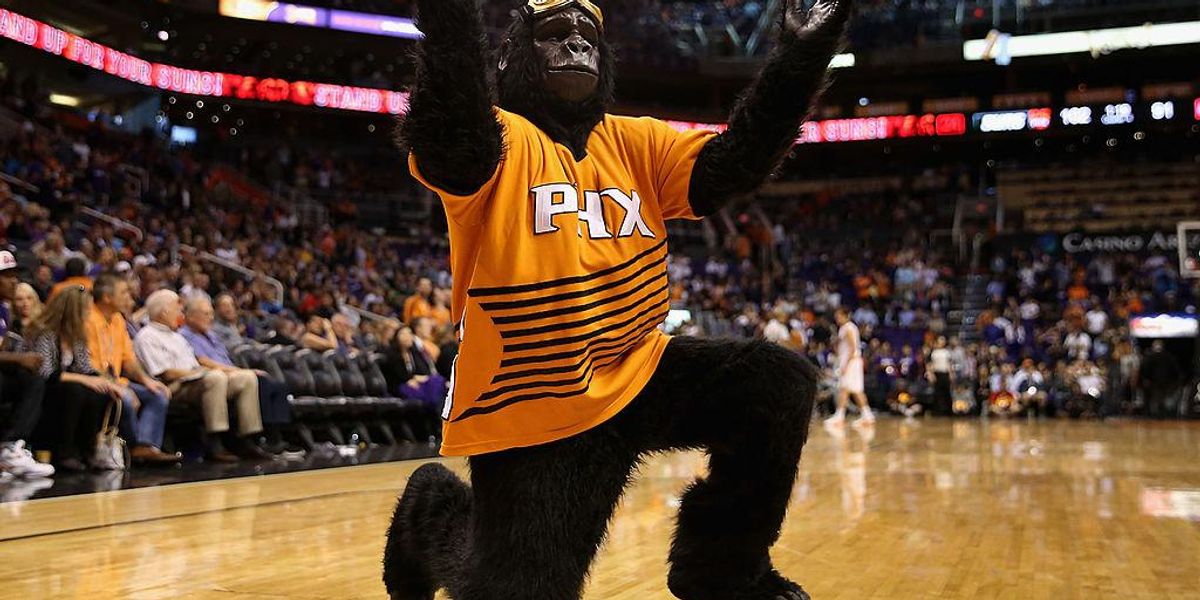 The Phoenix Suns have been embroiled in a lot of off-the-court controversy in recent months. Owner Robert Sarver is planning to sell the team after investigations from the NBA and WNBA determined that he had made racist and sexually harassing comments to members of his staff. Now, one former NBA champion claims that the racism within the organization reaches all the way to the team’s gorilla mascot.

On a recent episode of “The Bootleg Kev Podcast,” host Bootleg Kev mentioned to former L.A. Laker Lamar Odom that he remains an avid Suns fan. Odom — a self-described “woke, young black man in America” — then took aim at the Suns’ gorilla mascot, implying that the gorilla represents some racist tendencies within the organization and perhaps even within the fanbase.

“I feel bad for the Suns fans because they ain’t even going to get what y’all probably deserve until, probably until you change the mascot,” Odom said.

When Bootleg Kev asked Odom to elaborate on that statement and explain whether he believes that the mascot itself is racist, Odom did not mince words.

“Come on, bro,” Odom replied, suggesting that the answer was obvious.

At first, Odom supported his opinion by noting that gorillas are not endemic to Arizona.

“Gorillas in the desert? You can’t find any,” Odom stated. “You could probably find a cactus.”

But Odom then turned his sights on the fans and claimed that they “probably deserve” many of the team’s struggles.

“But you know what’s so, really crazy about it?” Odom continued. “They just tried it because they wanted to get the fans involved, and that’s the reason why they kept it: because the fans loved it.”

Odom then suggested that because Arizona did not immediately adopt a federal holiday in honor of the late Martin Luther King, Jr. nearly 40 years ago, the fans today must still harbor some racist sentiments.

“I’m just saying it’s not good representation,” Odom added, “because Phoenix is, like, the last city to recognize Dr. King.”

The federal government adopted MLK Day as a holiday in 1984, but the state of Arizona did not recognize the holiday until 1992. Odom seems to presume that the delay was racially-motivated.

Odom admitted that he did not spot the supposedly racial undertones of the mascot while he was a player, but says that now that he is in his early 40s, he views the mascot and other elements of American culture from a “totally different” perspective.

Odom, 43, played 14 seasons in the NBA and notably won a championship with the Lakers in back-to-back years: 2009 and 2010. In 2011, he was named the NBA’s Sixth Man of the Year. He told Bootleg Kev that he hopes the Lakers retire his number someday.

Odom also famously married Khloé Kardashian in 2009, and the couple had a reality show based on their relationship. In October 2015, Odom experienced a serious medical emergency in a Nevada brothel and was placed on life support. He had likely engaged in heavy drug use in the days leading up to his collapse and, though just 36 years old, suffered several heart attacks and strokes as a result. Luckily, he recovered in the ensuing months, but he and Kardashian ultimately divorced the following year.