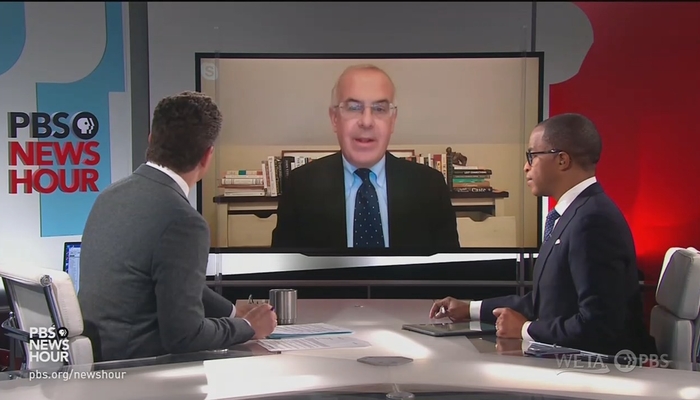 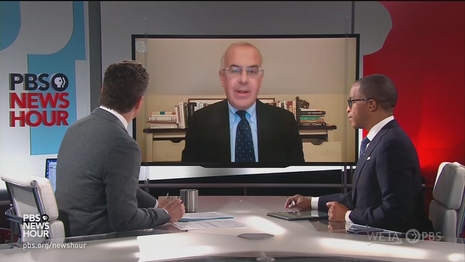 On Friday’s PBS NewsHour, New York Times columnist David Brooks responded to a question about lame-duck legislation after several mass shootings. He was pessimistic about anything passing but touted the idea of “a massive cultural shift” to “regard our common good, more frankly, in a European style,” instead of our terribly “individualistic” gun culture.

Capehart said “I really wish I could say yes, that we could get an assault weapons ban, that we could even get a background-checks law, something that would do something about the access to guns.”

BROOKS: Well, as Jonathan mentioned, we had some not insignificant gun legislation within the past couple of years. And so that was a pleasant surprise. It would take — President Biden spoke about red flagging, that you would find somebody you think is potentially dangerous, and we would be able to — authorities would be able to go in and take guns away.

And I would be willing to give up certain privacies for that to happen. But, for many Americans, that would just be a massive cultural shift to regard community and regard our common good more frankly, in a European style. I think it would benefit our society in a whole range of areas, but it’s hard to see that kind of culture change to a society that’s been pretty individualistic for a long, long time.

Later in the segment, Brangham worried about Republicans curtailing military aid to Ukraine, but Brooks thought this was mostly limited to the hordes of conservative media:

PBS is brought to you in part by you, the American taxpayer. There are also underwriters like the financial firm Raymond James.