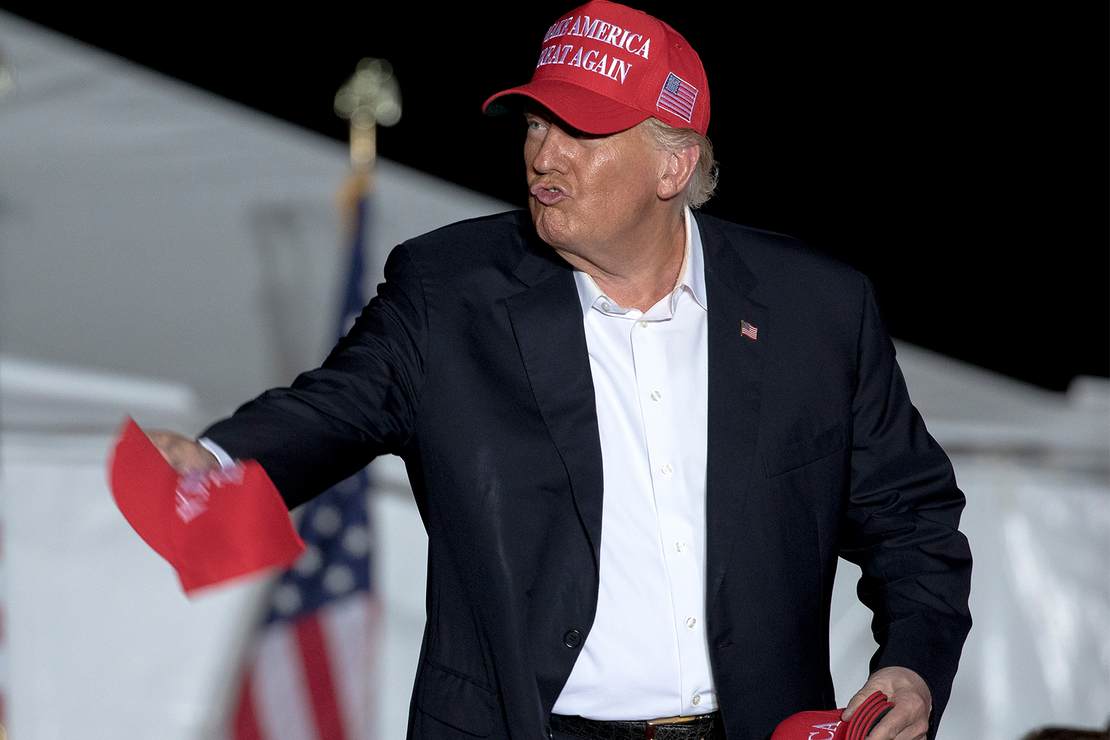 I’ve always maintained that Donald Trump is his own worst enemy, and it sure feels like he proves this on a regular basis.

Trump is certainly the target of a lot of unjust criticism, and when that happens, I will defend him. But there are plenty of times I want to pull what little hair I have left out of my head in frustration. How is it that someone who’s supposedly so savvy with public relations keeps saying things and doing things that are undeniably bad for him?

This week, Trump hosted Kanye West for dinner at Mar-a-Lago, and West brought a few people with him, including white nationalist leader and Holocaust denier Nick Fuentes

Trump confirmed, but downplayed the dinner in a post on Truth Social, saying that Kanye “unexpectedly showed up with three of his friends, whom I knew nothing about.”

Honestly, I can’t imagine that anyone can just show up at Mar-a-Lago without an invitation — not even Kanye West. Trump had to know that at least Kanye West was coming, and even that suggests a significant lack of judgment given the recent controversy surrounding West. I seem to recall that Donald Trump recently declared his presidential candidacy—and one would think that he and his handlers would do a better job controlling his image.

Trump claims that Ye asked him for financial advice and indicated that the two of them “got along great,” and added that West “expressed no anti-Semitism, & I appreciated all of the nice things he said about me on ‘Tucker Carlson.’”

Then Trump asked, “Why wouldn’t I agree to meet?” before adding that he didn’t know Nick Fuentes, which I’m sure is true (I didn’t recall the name), but that’s still no excuse. Trump knows that his actions are under constant scrutiny by the media, which is looking for any reason to give him bad press. Trump shouldn’t have had a sit-down with Kanye West, let alone with three other individuals he doesn’t know.

“Nick Fuentes is among the most prominent and unapologetic antisemites in the country,” Jonathan Greenblatt, CEO of the Anti-Defamation League (ADL), told the New York Times. “He’s a vicious bigot and known Holocaust denier who has been condemned by leading figures from both political parties here, including the [Republican Jewish Coalition].” Greenblatt added that “any serious contender for higher office” willing to meet with Fuentes and “validate him by sharing a meal and spending time is appalling.”

While the ADL may not be politically objective, it’s hard to argue with Greenblatt’s point. Matt Brooks, the executive director of the Republican Jewish Coalition, indirectly called Trump out. “We strongly condemn the virulent antisemitism of Kanye West and Nick Fuentes and call on all political leaders to reject their messages of hate and refuse to meet with them,” Brooks told the Washington Post.

It’s true that Joe Biden and other Democrats don’t exactly keep the best company either — heck, Biden praised former KKK leader Robert Byrd and the notorious segregationist George Wallace — but Democrats are held to different standards, and Trump should be smarter about who he breaks bread with. Is it really that easy to get access to Trump by just buttering him up with praise?

Trump is arguably the frontrunner for the Republican nomination in 2024, yet incidents like this just make it easier for Republican voters to realize that there are safer alternatives for the GOP nomination.

Massive great white shark decapitated diver in first fatal attack of 2023: Report
We Are Not ‘At the Brink of World War III’ — At Least Not Yet
WashPost ‘Fact Checker’ Admittedly Uses Faulty Data to Dismiss Good Guys With Guns
‘Black people can harbor anti-Black sentiments’: CNN commentator argues former officers charged in Tyre Nichols’ death could have been influenced by racism
Is Pfizer’s “Jordon Trishton Walker” a Boston Consulting Group (BCG) operative put in place to push the government’s vaccine and outbreak quotas?