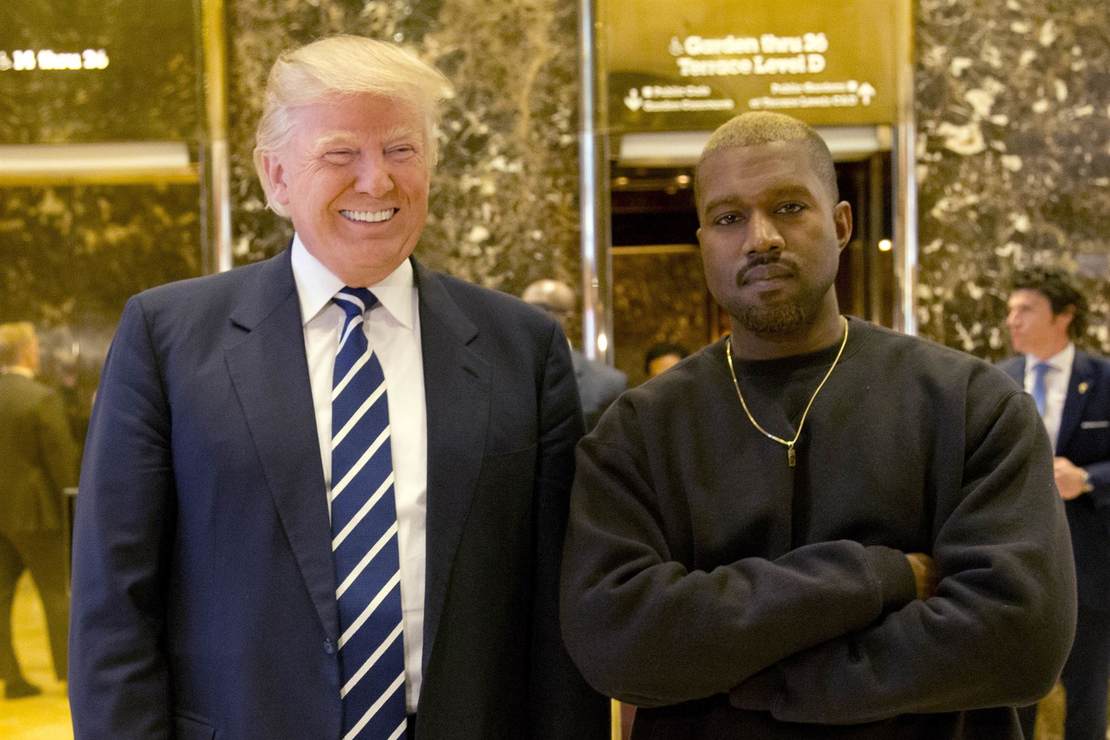 Last week, Trump hosted his friend Kanye West at Mar-a-Lago, which in itself was not perhaps the best move for a presidential candidate, given West’s current controversies, but making matters worse was the fact that West brought some guests, including the white nationalist and Holocaust denier Nick Fuentes.

I honestly can’t explain why West is palling around with a white nationalist, but I digress.

Trump acknowledged the dinner in a post on Truth Social but downplayed Fuentes’s presence at the dinner, writing that West “unexpectedly showed up with three of his friends, whom I knew nothing about.”

Nevertheless, the media pounced. Frankly, even though Trump is often the target of unjust criticism, there are legitimate questions about this dinner, and Trump has been criticized from all sides for it.

I guess Trump noticed and realized the mistake he made because he is now criticizing West as “seriously troubled.”

“So I help a seriously troubled man, who just happens to be black, Ye (Kanye West), who has been decimated in his business and virtually everything else, and who has always been good to me, by allowing his request for a meeting at Mar-a-Lago, alone, so that I can give him very much needed ‘advice,’” Trump’s post read.

Trump then added that West was supposed to come by himself and that he didn’t know who West was bringing with him.

“He shows up with 3 people, two of which I didn’t know, the other a political person who I haven’t seen in years. I told him don’t run for office, a total waste of time, can’t win. Fake News went CRAZY!”

Trump told Breitbart News in a statement that he did not know anything about Fuentes or his views. I don’t doubt this — Nick Fuentes isn’t exactly a household name, and why would Trump think that a guest of Kanye West is a white supremacist — but that doesn’t really matter, does it? Trump is a former U.S. president and a current candidate for president. Even if you excuse Trump for having a pow-wow with Kanye because of their history and friendship, how is it that Kanye brings three people without Trump’s advanced knowledge? Maybe Trump needs better people controlling access to him right now… maybe?

It’s as if Trump forgot that the media and his political enemies will scrutinize every single action he takes. Even the Biden White House commented on the meeting.

“Bigotry, hate, and antisemitism have absolutely no place in America — including at Mar-a-Lago,” White House Deputy Press Secretary Andrew Bates said in a statement. “Holocaust denial is repugnant and dangerous, and it must be forcefully condemned.”

Now, obviously, the Biden White House hardly has the moral high ground here. Joe Biden has a history of making racist and anti-Semitic remarks, and the Democrats have been tolerating anti-Semitism in their party for years. House Majority Whip James Clyburn (D-S.C.), whose intervention likely saved Joe Biden’s 2020 presidential campaign, even defended Rep. Ilhan Omar (D-Minn.) from accusations of anti-Semitism by downplaying the experiences of Holocaust survivors. So, yeah, Democrats have their own problems with anti-Semitism and Holocaust denial, but Trump’s handlers should be doing a better job of preventing him from making such stupid mistakes.

Treasured artifact from 2,800 years ago reveals written references to the biblical King David
America has suffered 300,000 excess NON-COVID deaths since 2020 – lockdowns lead to death
Bill Gates flies around Australia for climate change lectures in $70m private jet that guzzles fossil fuels
‘Sit this one out’: Father of teen killed in Parkland shooting responds when Newsom criticizes Florida permitless carry proposal
College Board admits defeat at the hands of Ron DeSantis, and liberals are outraged: ‘A win for fascist intimidation’