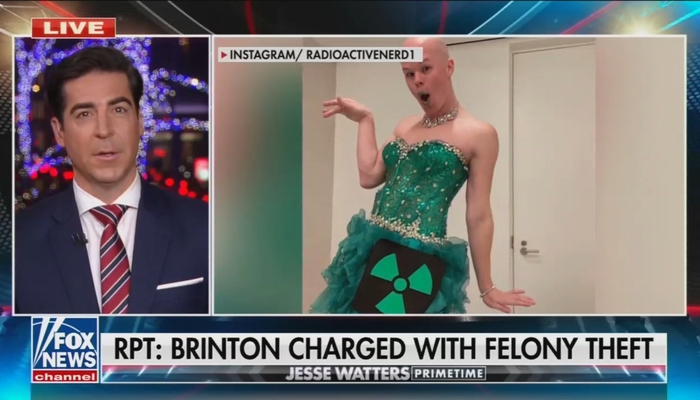 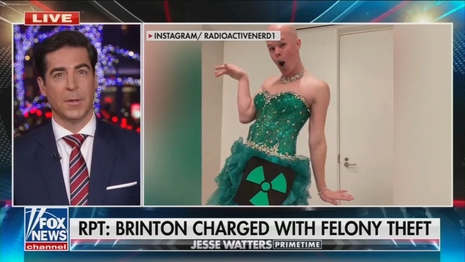 On Monday, Fox News Digital reported that Sam Brinton, the deputy assistant secretary for spent fuel and waste disposition at the Department of Energy was charged with stealing women’s luggage at an airport before taking a “leave of absence” without anyone noticing. If convicted, Brinton could serve up to five years in prison and be fined $10,000 for theft. The “big three” broadcast networks ignored this story during their flagship newscasts (ABC’s World News Tonight, CBS Evening News, & NBC Nightly News).

Instead of reporting that the official in charge of making sure our nation’s nuclear waste is disposed of properly – among other essential duties – was charged with felony theft, the three networks decided to cover the return of comedian Jay Leno after suffering a severe burn (ABC), the Biden White House’s Christmas decorations (CBS), and local weather reports (NBC).

Brinton, the infamous dog fetishist, and crossdresser who was seemingly appointed to that post for this reason in order to fill the Biden administration’s desperate quest for diversity at any cost, reportedly stole a $2,325 Vera Bradley suitcase at the Minneapolis St. Paul Airport on September 16, according to a criminal complaint obtained by Fox News.

Authorities then observed Brinton stealing the luggage and removing its tag which identified the owner after police were notified regarding the stolen suitcase. “Law enforcement had observed Brinton using the bag at least two other times when traveling to and from Washington D.C. on Sept. 18 and Oct. 9,” Fox New Digital reported.

When Brinton was contacted by an officer, he denied stealing the luggage, despite still being in possession of the suitcase.

“If I had taken the wrong bag, I am happy to return it, but I don’t have any clothes for another individual. That was my clothes when I opened the bag,” Brinton told the officer, according to Fox News.

Then two hours later, Brinton called the officer back and subsequently apologized for not being “completely honest.”

Brinton claimed it was a mistake and made excuses claiming he stole the suitcase because he was tired.

This outrageous example of the networks hiding the Biden administration’s crossdressing dog fetishist Department of Energy official being charged with stealing a woman’s luggage was made possible by Liberty Mutual on ABC, United Healthcare on CBS, and Ensure on NBC. Their information is linked so you can contact them.