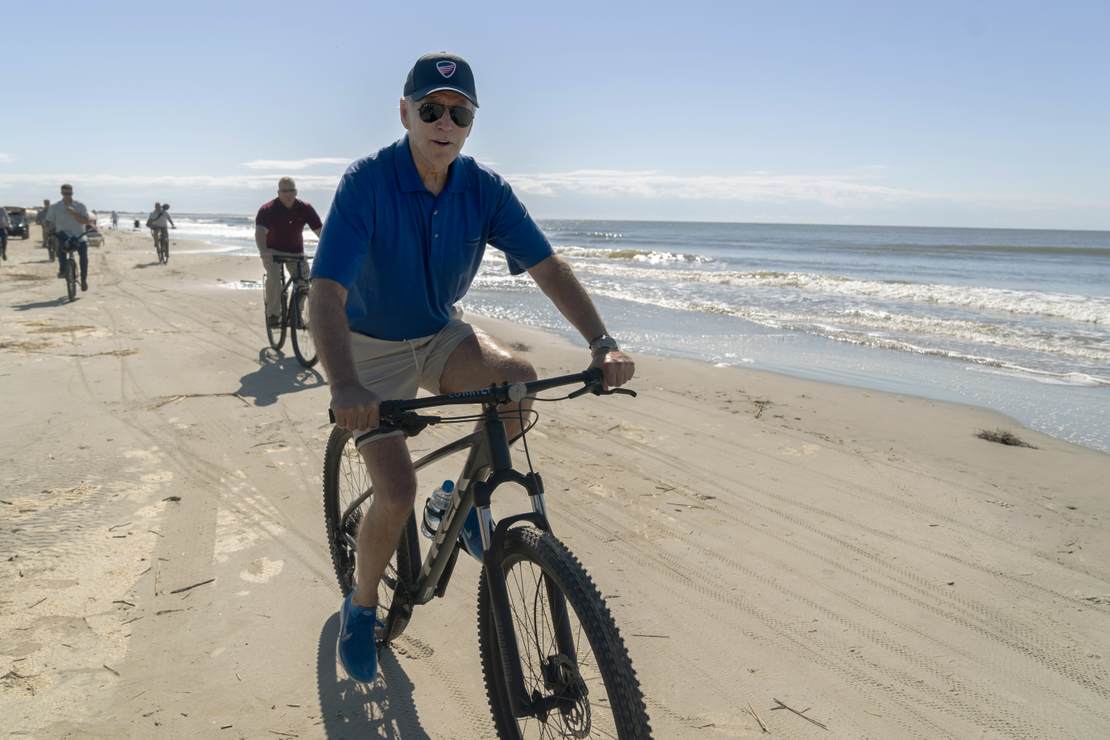 Last week, the Biden administration’s efforts to avert a rail strike went down in flames, and now Biden is calling on Congress to step in to get it done instead. It’s a stunning turn of events considering that two months ago, Biden was celebrating the deal he had reached between rail carriers and union leaders.

At a September ceremony in the Rose Garden at the White House, Biden called it “a win for tens of thousands of rail workers and for their dignity and the dignity of their work.” He touted the agreement, insisting it would increase rail workers’ pay, improve working conditions, and limit how much they’d have to spend on health care, all while preventing a huge supply chain disruption that threatened to exasperate inflation and cripple the economy.

Yet, now that workers have rejected the agreement, Biden is retreating from a process that threatens to put the brakes on the economy just before Christmas, putting the onus on Congress to fix something he couldn’t.

Related: Biden Calls on Congress to Intervene to Prevent a Rail Strike

“I am calling on Congress to pass legislation immediately to adopt the Tentative Agreement between railroad workers and operators – without any modifications or delay – to avert a potentially crippling national rail shutdown,” Biden said in a statement Monday. “As a proud pro-labor President, I am reluctant to override the ratification procedures and the views of those who voted against the agreement. But in this case – where the economic impact of a shutdown would hurt millions of other working people and families – I believe Congress must use its powers to adopt this deal.”

Outgoing Speaker of the House Nancy Pelosi announced that legislation to implement the September agreement reached with unions will be taken up this week.

“We are reluctant to bypass the standard ratification process for the Tentative Agreement — but we must act to prevent a catastrophic nationwide rail strike, which would grind our economy to a halt.”

Make no mistake about it; this is a stunning and embarrassing defeat for Joe Biden, who had previously gloated about preventing a strike. Now, in an effort to distance himself from the entirety of the process, Biden has stated that he is “not directly engaged” anymore.

“My team has been in touch with all the parties, in rooms with the parties,” Biden said last week. “I have not directly engaged yet because they’re still talking.”

But Biden’s efforts to separate himself from the process contradict White House press secretary Karine Jean-Pierre, who said last week that Biden was directly involved in the negotiations.

“The best option still is for both parties to resolve their differences themselves and that is what the president is going to continue to call on,” Jean-Pierre told reporters. “The president is indeed involved directly. I don’t want to get into the details at this time, but he has been involved. He remains focused on protecting America’s families. He remains focused, again, on protecting America’s families.  We have to avoid a rail shutdown. It will harm, again, families, businesses, and farms. And so, we’re going to continue to speak to this.”

The contradiction tells us that in the week between Jean-Pierre saying Biden was directly involved and Biden saying he wasn’t, he saw that things don’t look so good for averting the shutdown and is preemptively avoiding responsibility. So brace yourselves, because if Biden wants no part of the process, that means he’s been told it’s likely not going to end well.