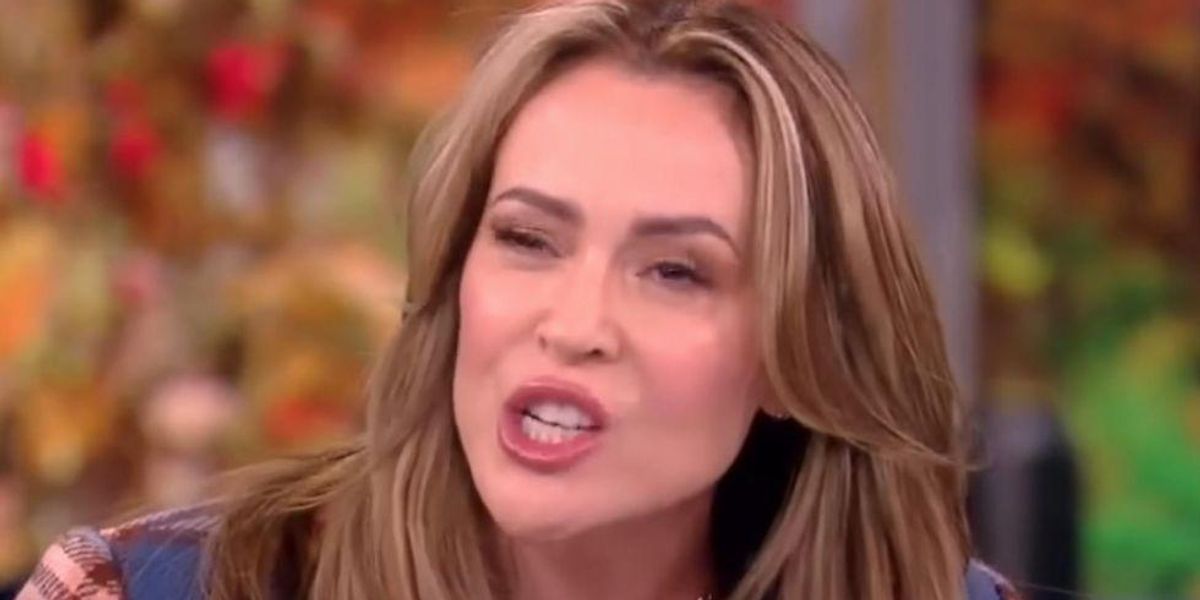 Liberal actress Alyssa Milano said that she returned her Tesla in protest because Elon Musk could have solved world hunger with the money he used to buy Twitter.

Milano made the comments while appearing as a guest on “The View” on Tuesday.

“You used to be a supporter of Elon Musk’s vision, what happened?” asked Joy Behar. “What changed your mind?”

“Well, I mean, for me, speaking of ‘Me Too,’ when he was accused of sexual misconduct and paid out $250,000 to this person I decided, like, I can’t live in that hypocrisy of driving that care when, you know, that happened,” Milano responded.

“But also, I’m kinda like, so annoyed with all these billionaires with like the exception of a few, but especially Elon Musk, like, you buy Twitter to destroy it, for $40 billion, right?” she added incorrectly.

“Forty billion dollars!” she emphasized. “Elon Musk, imagine if he donated that money to UNICEF. He would change the world. There would be no hunger!”

“He could go in his pocket and donate that money,” said Whoopi Goldberg.

Milano’s claim is easily debunked, however. With more than 8 billion people on planet earth, $44 billion amounts to less than $6 each, which doesn’t seem like enough to solve world hunger.

She went on to say that she has always been trolled on Twitter but that she was not willing to give up the platform because she wanted to keep fighting for her left-wing beliefs on social media.

Musk has denied the allegations of sexual misconduct related to the settlement made in 2018 to a SpaceX flight attendant that made the claims against him. He also called the report about the settlement a “hit piece” meant to dissuade him from buying Twitter, which he later did, and bringing free speech to that platform.

Here’s the video of Milano’s comments on ‘The View’:

[embedded content]Alyssa Milano Says 20 Years of Being UNICEF Ambassador is “Most Fulfilling Life Work” | The Viewwww.youtube.com