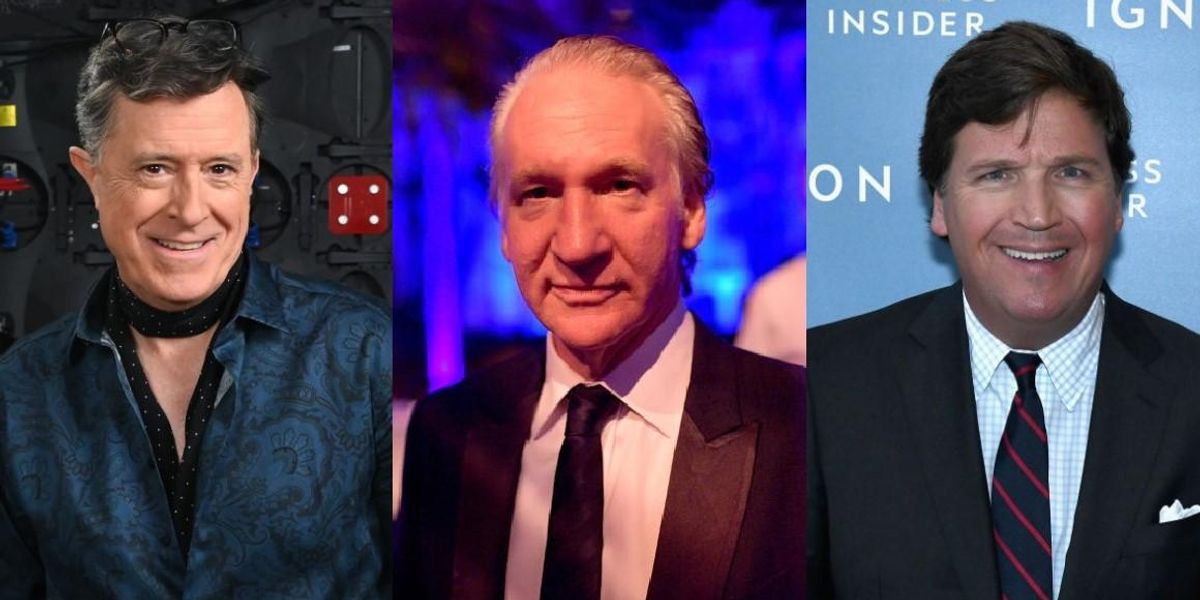 “Colbert and I are not friends, but the good part of that is we don’t hide it. Like, he doesn’t like me, and I don’t like him, and we don’t deny it,” Bill told Dave.

“He’s just giving the machine what it wants all the time,” Dave said of Colbert.

“Well said, ‘giving the machine what it wants.’ I wish I had thought of that phraseology. That’s exactly right,” Bill agreed. “But, you know, I will always give him great props for the thing he did in front of [then-president] George Bush at the correspondents’ dinner in 2007.”

Bill later added, “You know, maybe we’ll become friends one day. I’ve had that happen before with people … but I must say, as of now, I think I did [Colbert’s] show twice, and I mean, you could just tell. It’s on-screen. And it’s okay. It’s okay. It’s not like we f***ing fought each other and, like, came to blows.”

Bill went on to argue that, in fact, “America works better” when people have a lot of different thoughts and opinions.

“Diversity is a good thing,” he added. “Would I rather be with a lot of people who are different or in a room full of Tucker Carlsons?”