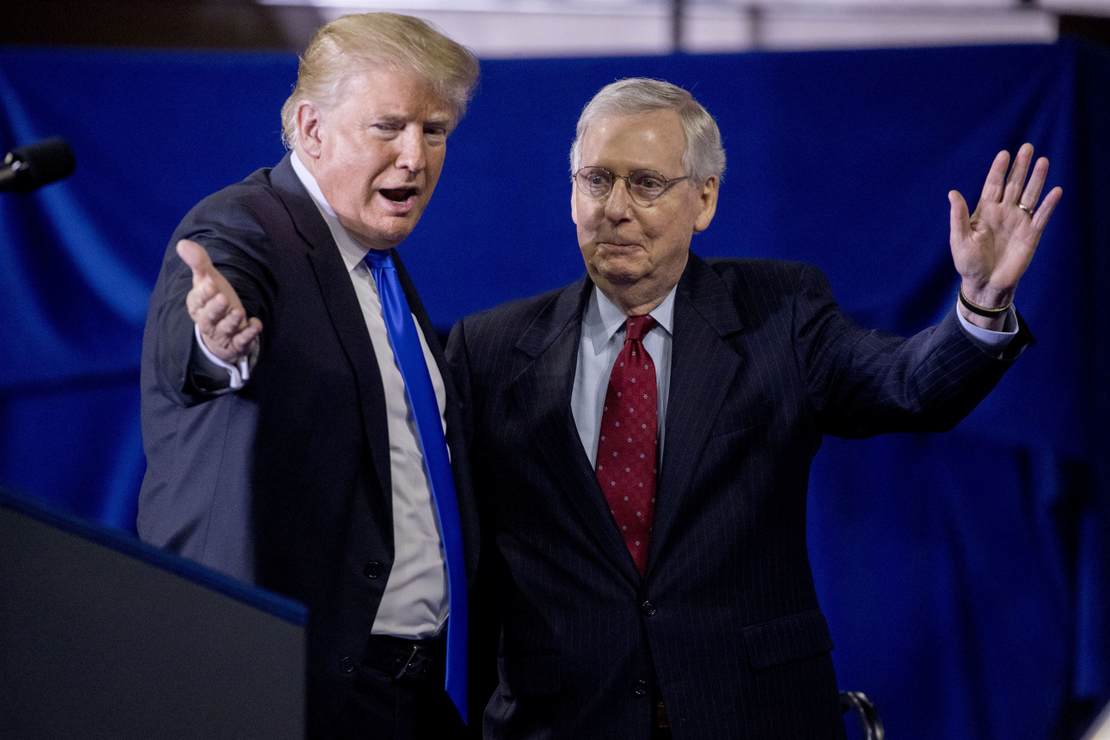 “There is no room in the Republican Party for anti-Semitism or white supremacy, and anyone meeting with people advocating that point of view, in my judgment, [is] highly unlikely to ever be elected president of the United States,” McConnell said, indirectly speaking of Trump.

I have stated repeatedly that Trump ought to have exercised better judgment and that his handlers ought to have been more vigilant in controlling who is allowed to get close to him. There is no denying that both of these things are true. The fallout has been significant, and although it might not matter in a few weeks, it is obviously a problem for Trump right now. Trump is angry at Kanye West for it, and he has every right to be. In fact, Trump has accused the embattled rapper of setting him up by inviting Nick Fuentes to sit with them at Mar-a-Lago.

“He tried to f— me. He’s crazy. He can’t beat me,” Trump said, according to a source who spoke to NBC News.

The source also stated that Trump was “totally blindsided” by the fact that Fuentes showed up at Mar-a-Lago the previous week and referred to it as a “set-up.”

Related: Trump Tries to Clean Up Kanye Kerfuffle… Is It Enough?

According to the report, Donald Trump and Kanye West had been having phone conversations with one another for weeks, and Trump had the impression that he was having a private dinner with Kanye. Trump has stated that he did not know anything about Fuentes or his background prior to their dinner together, and I don’t doubt that he is telling the truth about that. Fuentes is not exactly a household name, and Fuentes himself has confirmed that Trump did not appear to know anything about him when they were together.

But that’s not even the point. Kanye West’s current problems are well known, and Trump should have known better than to take the meeting at all.

Will this impact Trump’s presidential run? Maybe in the short term, probably not for long. Trump is definitely trying to clean up the situation and is arguably not doing a great job at it. Trump seems more in his element when he’s blasting McConnell — which, of course, he did, for suggesting that Trump is unlikely to be reelected president.

“Mitch is a loser for our nation and for the Republican Party who would not have been reelected in Kentucky without my endorsement, which he begged me for because he was going down,” Trump told Fox News on Tuesday.

Trump has had a beef with McConnell ever since the 2020 election, but that doesn’t change the fact that McConnell has a point. Trump is currently the only declared GOP candidate for president for 2024, and polls show he is still the frontrunner. But, with Ron DeSantis’s stock rising, Trump can’t afford to make stupid mistakes like this, and being “set up” by Kanye West is no excuse.

I’ve never been comfortable with Trump’s lack of discipline, and the West/Fuentes incident proves that Trump hasn’t learned much since 2016.