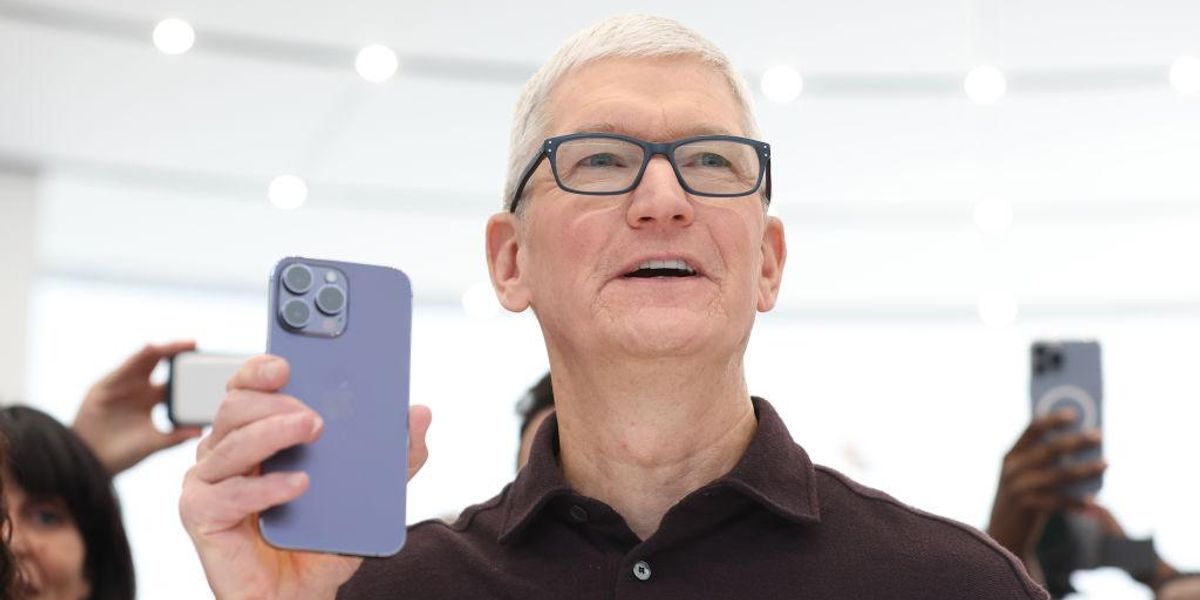 Apple is headquartered in Cupertino, California, and technically run by American executive Tim Cook. Despite its U.S. grounding, founding, leadership, and receipt of American subsidies to the tune of hundreds of millions of dollars every year, the tech giant’s loyalties are in serious doubt. The company’s recent efforts to aid China’s communist regime in quashing dissent and putting down a peaceful anti-lockdown movement have prompted some to suggest that Apple takes its marching orders from a genocidal foreign power.

Hours after Florida Gov. Ron DeSantis (R) suggested that Apple is “serving basically as a vassal to the Chinese Communist Party,” Fox News’ Tucker Carlson took to the airwaves to excoriate the California-based tech giant, suggesting that “Apple’s loyalty is to the government of China.”

Rotten to the core

On Tuesday night, Carlson suggested that while it is not manifestly clear whether the American news media is compromised by a hostile foreign power, “we know for a fact that Apple is covering for the government of China.”

Despite benefiting from its U.S. rooting, “Apple is in no sense American,” said Carlson.

Carlson referenced how the company dutifully helped the communist regime crush dissent by disabling its AirDrop feature in China. Protesters and critics of the CCP were thus prevented from communicating directly with one another and circumnavigating the regime’s communication controls.

“Without permanent AirDrop, it’s effectively impossible for freedom-minded citizens to organize with one another. They’re powerless,” said Carlson.

For having killed AirDrop in China and helped to silence critics of the CCP, Carlson claimed that “Apple is now an active collaborator with China’s murderous police state. When tanks roll into a Chinese city, Apple is rooting for the tanks.”

The cable host appeared to be in concurrence with Florida’s Republican governor, who told Fox News on Tuesday that the company is working with the state to shut down “people in China that are really engaged in a noble effort to protest what is basically Leninist rule.”

Meanwhile, in the U.S., DeSantis said Apple is “trying to get Elon Musk’s Twitter off the App Store potentially, which would be a huge blow for free speech.”

This is not the first time Apple has helped the CCP censor and police the Chinese people.

This censorship campaign undertaken by Apple on behalf of the CCP “bleeds into both Hong Kong and Taiwan. Much of this censorship exceeds Apple’s legal obligations in Hong Kong, and we are aware of no legal justification for the political censorship of content in Taiwan.”

Aligning with the worst offender

Extra to condemning the company for working against Chinese dissidents who, to borrow Apple’s slogan, “Think Different,” Carlson called out the company’s leadership for showering the CCP with undeserved praises.

The Fox News host highlighted remarks made by Tim Cook in 2017, when the Apple CEO said “[China’s] environmental leadership is very clear, and it aligns completely with Apple’s values. … They are very fixated on doing the right things to avert climate change.”

Carlson called these remarks “completely ludicrous.” A 2021 report from the research Rhodium Group revealed that China’s greenhouse gas emissions exceed those of the U.S. and other developed countries combined.

With this understanding in mind, Carlson stated that China is hardly an environmental steward, but rather “the greatest offender against the environment. China is the biggest polluter in the world by far.”

“No country comes close — not just in carbon emissions or building new coal plants, but in plastics, in the ocean, in heavy metals in the ground, polluting the land and the water, China leads the pack. No one’s close,” said Carlson.

But Tim Cook knows the truth about China’s negative impact on the environment, just as he and his organization know about its human rights abuses, suggested the cable host.

According to the Citizen Lab report, Apple’s interest in appeasing the communist regime is clear: It has “enjoyed much success in China in recent years. Sales in the Greater China region hit a record high in its December quarter in 2020. The mainland Chinese market makes up nearly a fifth of Apple’s total revenue. Additionally, Apple assembles almost all of its products in China.”

“Apple’s heavy dependence on the mainland Chinese market and manufacturing, however, has given rise to growing concerns over the leverage that China holds over Apple and criticism of how Apple proactively implements censorship to please the Chinese government in order for Apple to advance its commercial interests in the region,” said the report.

[embedded content]Tucker Carlson: Apple is covering for the Chinese governmentyoutu.be

Trump defends Mike Pence over classified documents found at his Indiana home: ‘Leave him alone!!!’
Man who viewed violent child pornography receives probation, weekend jail sentence to be served ‘at his convenience’
Man killed after dog steps on gun
The Kruiser Kabana Episode 207: Lauren Boebert and Marjorie Taylor Greene Are My Spirit Animals
RAY EPPS EXCLUSIVE! Never-Before-Seen Leaked VIDEO of RAY EPPS Breach! Is the Government Doctoring Video to COVER FOR EPPS & Incriminate the Proud Boys at their Show Trial? THIS IS PART OF THE 14,000 Hours the Government Is Hiding! MUST SEE!!