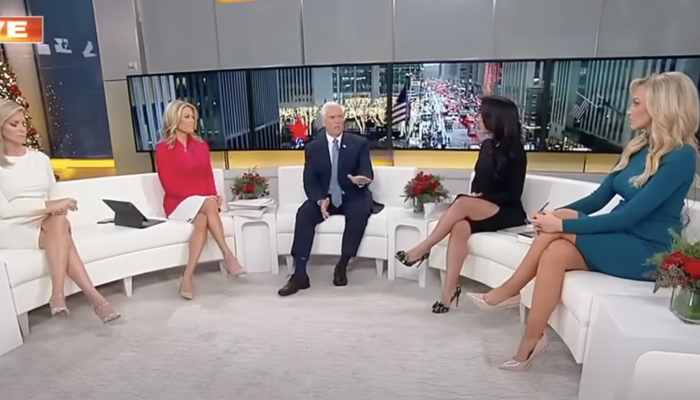 Pence joined the panelists of Fox News’ “Outnumbered” on Wednesday to discuss Musk’s decision to release internal files on the suppression of the Hunter Biden laptop scandal in 2020.

“I think it may well be because Elon Musk, who I came to know very well during the four years of the Trump administration, I think it’s because he is preparing to release information, finally, about the suppression of the Hunter Biden story, which … was a disgrace,” Pence said.

He added that the public deserved to know the truth about the “deeply offensive” censorship.

“The fact that a laptop was discovered in the weeks before the election, that emails were revealed and that social media platforms, including Twitter, actually suppressed access to a New York Post story is deeply offensive to me,” he said.

For his part, Musk said the files would be released to give the American people the truth.

“The Twitter Files on free speech suppression soon to be published on Twitter itself,” he tweeted. “The public deserves to know what really happened…”

Pence also expressed concern that the Biden administration seems to be monitoring the new changes at Twitter, one of which includes ending one-sided censorship.

“The suggestion that the president of the United States is keeping a close eye on any element of the media is deeply offensive to me.”

Although their politics differ, Pence said anyone who believes in free speech can get behind Musk’s new pro-free speech policies on the platform.

“The foundation of America is freedom. The freedom of speech, free and independent press, is a bulwark of why this nation is extraordinary and exceptional,” he said. “Elon Musk’s politics are different than mine, but he has a bias for freedom, a bias for American innovation. I know he’s going to bring that to Twitter.”

Lemon MELTS DOWN Over ‘Outrageous’ DeSantis, Claims He Wants Children ‘Ignorant’
It’s Beginning to Look a Lot Like World War III
Whoopi Goldberg Desperately Tries To Spin Classified Docs Scandal For Biden (VIDEO)
Tech tycoon, 45, reportedly spends $2 million a year on his extreme anti-aging regimen. His goal? To achieve the body, inside and out, of an 18-year-old.
‘Hawkeye’ actor had been trying to protect his adult nephew when run over by snowplow