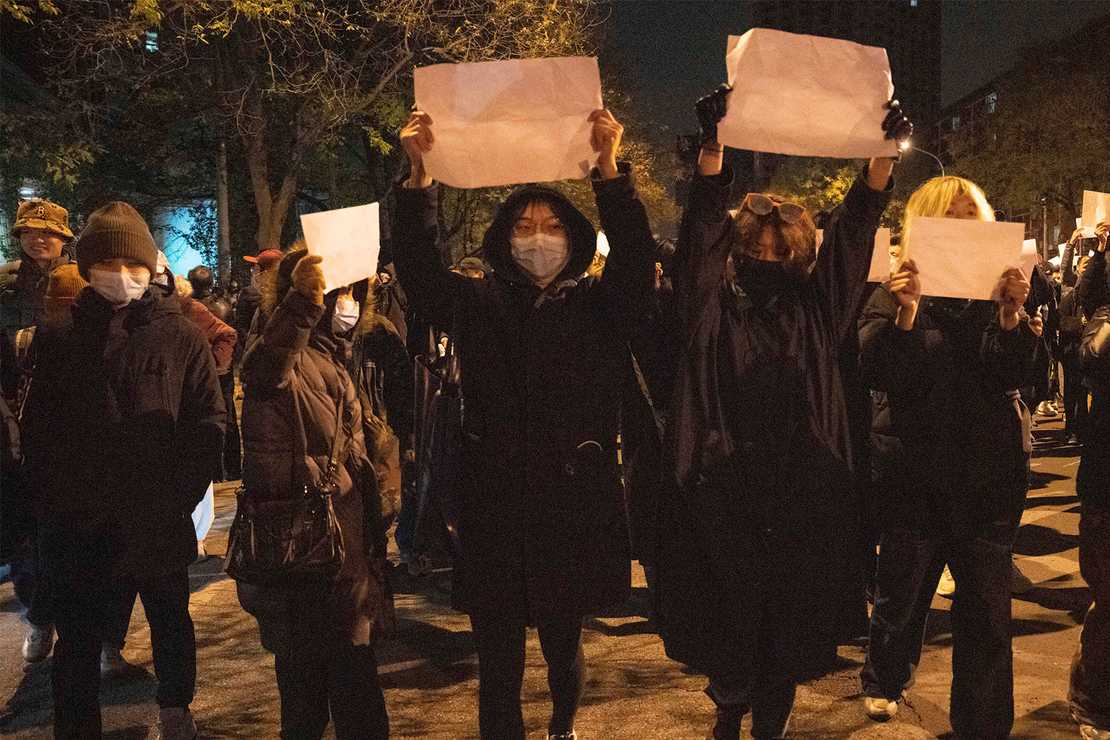 It’s been a helluva thing, trying to figure out — from sometimes sketchy sources — what’s really going on with China’s nationwide anti-lockdown protests.

By many accounts, the protests that started over the weekend after a locked-down apartment building caught fire, killing ten, quickly evolved into anti-Xi Jinping, anti-regime protests.

That’s the kind of thing that an enthusiastic Communist government will shoot people for. Lots of people, should the need arise. Or should the Top Comrade just find himself in the mood for oodles of killing.

I wrote about the protests on Monday, calling them the “toughest test” yet of strongman Xi’s growing surveillance state — ie, social credit.

It’s almost impossible for a Westerner, I’m told, to appreciate the level of surveillance the typical mainland Chinese city-dweller is under, day and night. Beijing isn’t subtle about it, either. Drones with police lights and loudspeakers can be seen in countless videos, reminding the Chinese that Big Brother knows where they are — and commands them to do as told.

Under Xi’s social credit surveillance state, I wrote on Monday, “People largely monitor themselves, while the authorities maintain power the easy way.”

what happens when millions of people forget their lessons, take to the streets, and turn against the police, because they’re so desperate that it doesn’t matter any longer if they aren’t allowed to board a commuter train?

Does the computerized system become overloaded and collapse? Do the authorities try to impose their will on so many malcontented workers that the economy fizzles out?

It’s a historical fact, however, that most nationwide protests, no matter how justifiably angry, tend to fizzle out long before they pose a threat to the regime.

A wise leader, or at least one interested in keeping his hold on power, quietly encourages that process along. That’s why I argued that Xi has a third option, the wise option:

Beijing allows the outbursts to continue, while quietly backing off just enough on Xi’s Zero COVID policy to reduce tensions. People go back to work like nothing happened, and Beijing gives everyone but the ringleaders a pass.

Look at what’s just happened in Guangzhou, one of China’s high-tech manufacturing hubs:

Here’s more from The Guardian:

On Wednesday afternoon, authorities suddenly announced a lifting of lockdowns in about half of the districts across the southern city of Guangzhou. Official announcements told local officials to variously remove “temporary control orders” and to redesignate areas as low risk. They also announced an end to mass PCR testing.

This hardly means that all is suddenly well in Communist China. A small amount of give on one issue — just enough, Xi must hope, to quell the protests — doesn’t mean that democracy and a republican form of government are coming to China. Indeed, the next time something like this happens, the CCP’s surveillance/social credit apparatus will be even more fully in place.

And I suspect that, no matter what else happens, Beijing knows exactly who any ringleaders might be. Their fates won’t be pleasant.