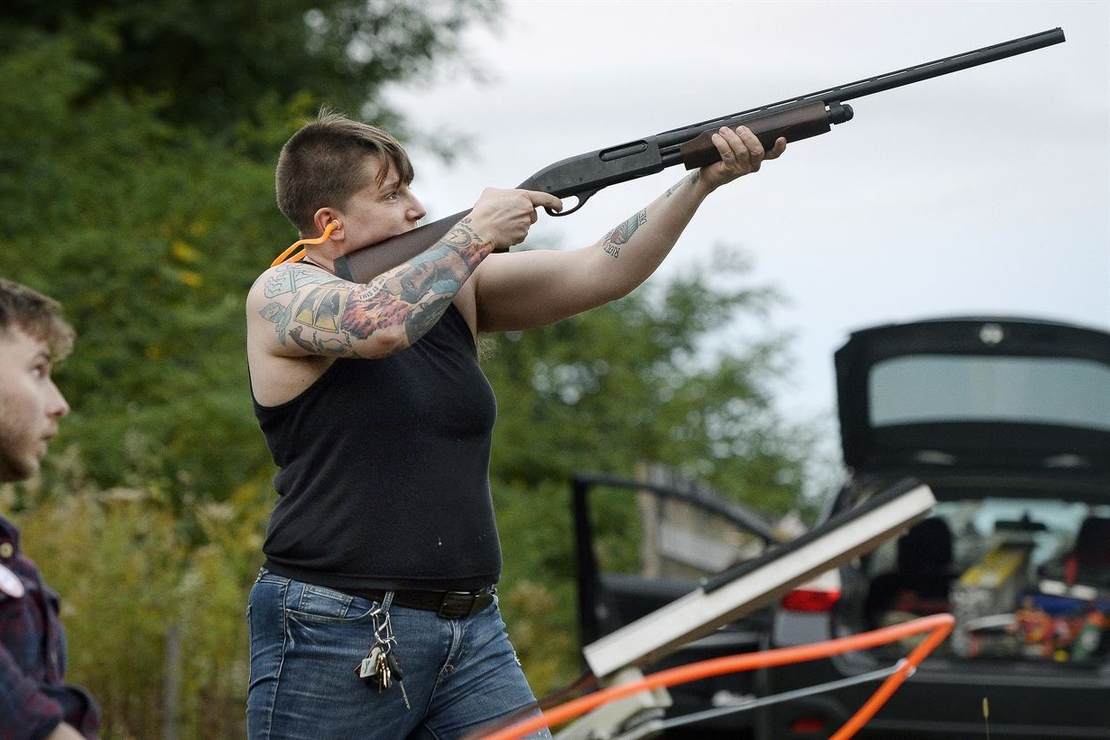 On this week’s Florida Man Friday we have the world’s most painful non-surgical procedure, how not to make a getaway, and the assault weapon no police wanted to collect for evidence.

The first James Bond movie I remember seeing as a kid was Goldfinger, and Bond’s heavily modified Aston-Martin DB5 left an impression that lingers to this day.

What was the coolest mod? The flippy license plates? The bulletproof shield? The machine guns hidden behind the headlights? The oil slicks? The tire shredders? The ejector seat?

Of course it’s the ejector seat. None of us here are fools.

But I always did have a fondness for the license plates that would flip around to new numbers at the flick of a switch. “Sorry, sir,” the police officer would probably say after pulling him over. “Turns out we were looking for a different DB5. They’re very common here in Monaco.”

At which point, Bond would make his getaway.

Here’s a question Florida Man should have asked himself a few hours before his latest exploit: How do you make your getaway in a car you summoned with your traceable smartphone, and whose driver’s company has all of your personal information, including your mugshot?

Florida Man has been arrested for the robbery of a Des Moines bank on Wednesday.

Right after the robbery, authorities say he pulled a gun on the Uber driver that drove him to the bank and stole the driver’s car, and then headed north on I-35.

Florida Man booking the Uber in the first place was a key piece of evidence that helped authorities track his route.

From there, Florida Man attempted to flee to Canada and, having been to Des Moines in the summer, I can’t entirely blame him.

As always, one point is awarded in each FMF category except when I say differently.

I’m a little shocked that no drugs were reported involved.

Polk County Sheriff Grady Judd always gives the best press conferences, and this one I missed during the Thanksgiving madness is no exception.

“We’ve changed the looks of his groin forever, if you know what I mean,” Judd told the press after a particularly exciting run-in with Florida Man.

Florida Man was allegedly throwing Molotov cocktails at a residence with a family inside which, much to his surprise, caught the sheriff department’s attention.

He fled, the deputy chased, and the deputy performed one of those cool precision immobilization technique moves. The truck was pretty smashed up, and somebody’s wrist was broken in the PIT — although the story didn’t make clear whose.

Florida Man pulled over — there was a dinosaur statue from a theme park involved, I swear — armed to the teeth.

“Three deputies began shooting,” the story says. “The suspect was struck twice in the right leg, once in the left leg, and once in the groin.”

His outie was almost made an innie.

The government can’t buy anything at a reasonable price because of little things like cost-plus accounting, lack of competition, outright corruption, etc.

Citizens can’t buy much at a reasonable price because of people like this:

The product’s instructions say to microwave the cup for 3½ minutes. But Ramirez’s attorneys argue this number doesn’t account for the other four steps required to prepare the pasta: removing the lid and sauce pouch, adding water, microwaving, and stirring, according to court documents. The additional steps mean it’s impossible for the mac and cheese to be ready in just three and a half minutes, according to the complaint.

SCORE: 3 points for Chutzpah that I feel resentment for having to award.
RUNNING TOTAL: 13 FMF Points.

That’s Not Where You Put That

“Pass the drumstick,” she said.

He heard something else.

Florida Man was arrested for allegedly battering his 33-year-old girlfriend with a sex toy following an argument on Thanksgiving Day. He was taken into custody on Thursday morning and charged with one count of misdemeanor domestic battery, court records reviewed by Law&Crime show.

Upon arriving at the motel, deputies allegedly learned that the 6-foot-2 300-pound man “actually and intentionally” struck the victim, his girlfriend and co-habitant, against her will when he “threw an object” at her “leaving [a] bruise on [her] torso,” the document states.

I’ve never been into those things, but it sounds to me like he was using it wrong.

You Cannot Steal What Is Already Yours

It was worth a shot:

Officers responding to the supermarket behind Butler Plaza were told by Francis that he was the owner of the Walmart after a “hostile takeover”. The suspect said he had no regrets about stealing the clothes as he already owned the company.

Previously on Florida Man Friday: TSA Found a What in Her WHAT?

Maybe not the highest-scoring week, but it’s certainly the first time FMF has used the headline, “Nearly Transitioned by Gunfire.”

A woman just took off her prosthetic leg and drank a beer out of it at the Lakers game. Needless to say, she was named the fan of the game pic.twitter.com/rFskWi6sXb

A U.S. Marine Corps vet was the star of the show at the Laker game on Monday … when she filled her prosthetic leg with beer and chugged it on video!!

The whole thing was displayed on the scoreboard during L.A.’s matchup against the Indiana Pacers … when Annika Hutsler took advantage of her very first NBA game in epic fashion.

The fans in attendance clearly loved the stunt … cheering her on as she downed her drink.

How and Why the Left Is Making the Memphis Cops Into ‘Racists’
The part of the Tyre Nichols story that they leave out
College Board admits defeat at the hands of Ron DeSantis, and liberals are outraged: ‘A win for fascist intimidation’
‘I’m of Puerto Rican descent and I find it offensive’: Democrats seek to ban government use of ‘Latinx’ in Connecticut
CNN writer sends DeSantis admin loaded request for comment: ‘Echoes similar decisions made by fascist dictators’