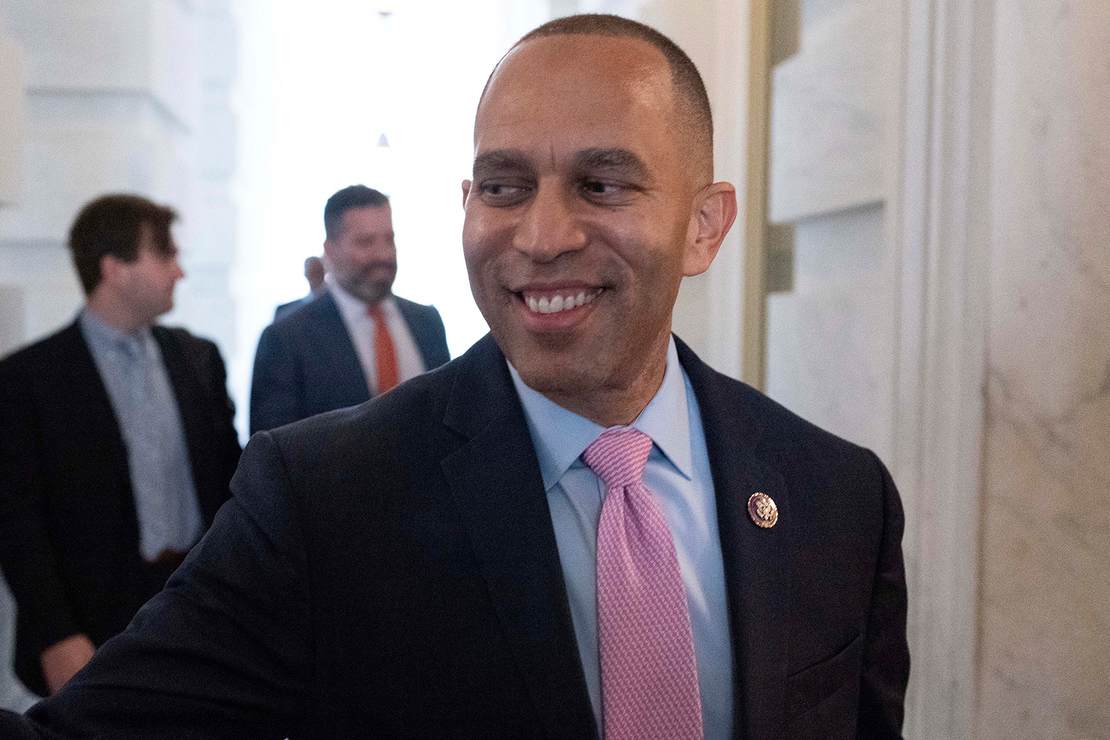 As they prepare to enter the minority in the House of Representatives in January, House Democrats are calling on the incoming Republican majority to reach a consensus with them on prospective policy goals.

According to the incoming Democrat leadership, there is a need for greater cooperation.

“We seek to find common ground whenever and wherever possible and we hope that our colleagues on the other side of the aisle, as they temporarily inherit the majority in the next Congress, are willing to proceed with that same spirit of cooperation, fortitude, and mission-centered focus to get things done for everybody,” Rep. Hakeem Jeffries (D-N.Y.), the incoming House Minority Leader, said.

That’s cute. Real cute. Can someone remind me when the slim Democrat majority in the House sought to compromise or reach a consensus with the Republican minority over the past two years?

Or how about when Democrats had the majority in the House while Trump was president… Did they try to reach a consensus with the GOP minority, or did they politicize and weaponize impeachment… twice? This is the same party that broke precedent with the creation of the J6 Committee. While committees are typically balanced by party, Nancy Pelosi completely handpicked its members, including only two anti-Trump Republicans on the committee.

Joe Biden embraced such a radical agenda over the past couple of years knowing he didn’t need any GOP support to get legislation passed. Several major bills, such as the Inflation Reduction Act or the American Rescue Plan passed without any Republican support. Biden only scaled back some of this agenda, like the Build Back Better plan, in order to get moderate Democrats like Sen. Joe Manchin (D-W.Va.) on board to ensure passage.

Working with Republicans to achieve consensus legislation has never been a goal of the Democratic Party — not even when they have a slim majority. The Democrat majority similarly did nothing to address the border crisis.

Oh, but the Democrats are all about consensus and compromise now. Just in time! We’re just supposed to forget how they’ve painted the GOP as “MAGA extremists” all year. Yeah, let’s all hold hands and sing “Kumbaya”!

Luckily, it looks like some House Republicans aren’t falling for this.

Rep. Ben Cline (R-Va.) says the onus is on House Democrats to work with Republicans. “We’re going to have to see a fundamental shift from the administration and a willingness to even engage,” he said.

I’m not convinced the Democrats have it in them to do this.

“Unfortunately, there are folks on the other side of the aisle who go to white nationalist conferences and come from the far-right corners of the country, and we’re going to have to push back against those ideas as well,” he claimed.

Frankly, I think there are enough Democrats in their caucus who ridiculously believe that the GOP is a bunch of white nationalists that they’ll never allow themselves to be seen as compromising with them.

In the end, the current divisions in the GOP have to be resolved in order to get things passed. Working with Democrats will never happen because they will never compromise.