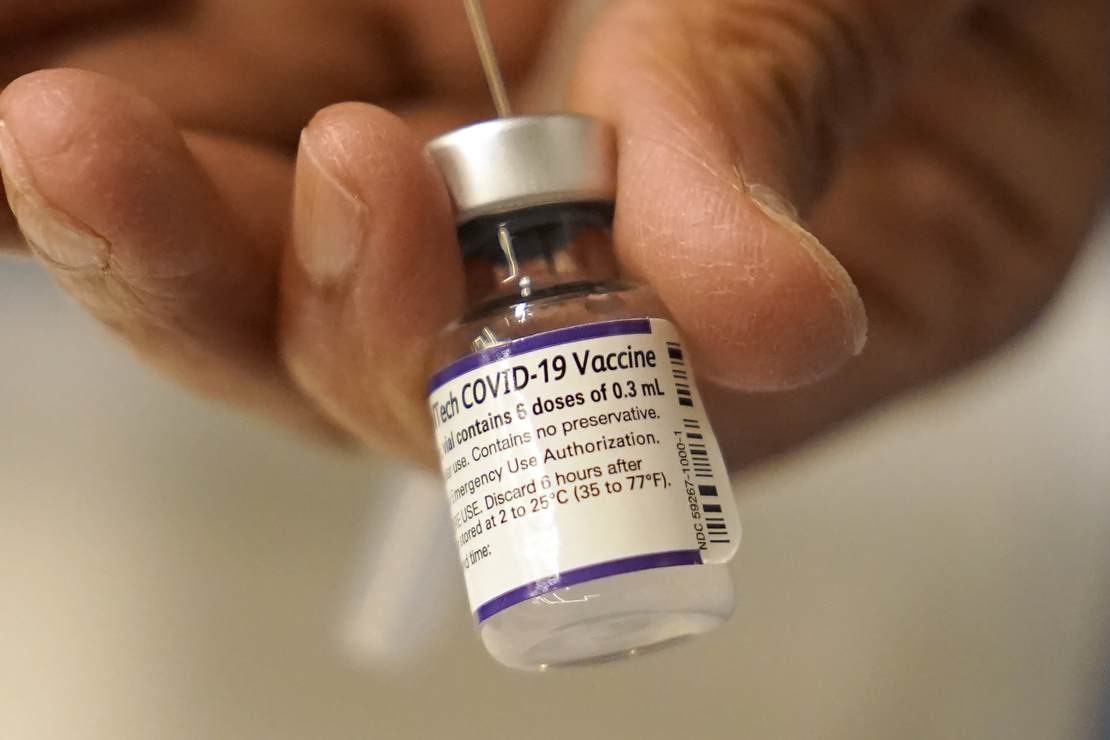 The Covid-19 vaccines have proven less effective in preventing illness and disease transmission than initially thought. Dozens of public figures, including President Biden, Dr. Anthony Fauci, CDC Director Rochelle Walensky, and Pfizer CEO Albert Bourla, received the original series of vaccines and subsequent boosters. Then they had to announce they had Covid anyway. Yet, the Biden administration still maintains Covid-19 vaccine mandates for the military, healthcare workers in facilities that receive federal funding, and workers in some other settings.

Some “experts” still assert that Covid-19 vaccines prevent serious illness. However, the data is inconclusive on this contention, especially with the current variants that appear less likely to cause severe disease. The CDC’s V-Safe data shows about 33% of over 10 million vaccine recipients reported reactions that, at minimum, prevented them from everyday activities. Almost 8% of those required medical care. There is also data showing rates of cardiac side effects may outweigh the benefits of vaccination for younger Americans.

For comparison, the swine flu vaccine in 1976 was pulled when one additional recipient in 100,000 suffered from Guillain-Barre syndrome. Children started suffering from intussusception after the introduction of a rotavirus vaccine in the late 1990s. In this life-threatening condition, one section of the intestine slides into another. It happened in the vaccinated three to eight days after the vaccine, so it was pulled from the market. In both of these cases, the signal for side effects was far lower than what is seen in the V-Safe data for the Covid shots. Still, mandates for the Covid-19 mRNA vaccines persist where the federal government can implement them.

Now, 12 members of the Senate are drawing a line in the sand. Senator Rand Paul announced he and 11 of his colleagues oppose cloture on the National Defense Authorization Act (NDAA) unless the vaccine mandate for the military is lifted and those discharged for refusing are restored to their positions. They sent a letter to Senate Republican leadership requesting they back an amendment that ends the vaccine mandate and reinstates affected service members with back pay.

“The Department of Defense COVID-19 vaccine mandate has ruined the livelihoods of men and women who have honorably served our country. As of April 2022, approximately 3,400 troops have been discharged from the military for refusing to be vaccinated against Covid-19.” The senators say that the mandate is antithetical to military readiness in an environment where it costs between $60,000 and $90,000 to prepare a recruit for their first assignment, and recruitment is 23% below target.

“The United States simply cannot afford to discharge our brave men and women in uniform and lose the investments we have made into each and every one of them due to an inept bureaucratic policy,” the letter declared. In closing, the senators said, “We respectfully request that the Senate vote to remedy a policy that adversely affects our service members and our national security.”

In the House, the Freedom Caucus has voiced similar demands. One member, Representative Chip Roy (R-Texas), is particularly outspoken on the need to end all vaccine mandates and the use of spending bills and other legislative tools to force the issue. In an editorial for the Washington Examiner about what Republicans must do with the majority, he wrote, “We must end the meddling by government in the lives of Americans — lockdowns and mandates, and, in particular, the COVID-19 vaccine mandates causing people to lose jobs for daring to want to care for their own health.” The Freedom Caucus also started holding hearings on the pandemic response.

Other elected representatives are going to bat for healthcare workers. In mid-November, Fox News reported:

Twenty-two state attorneys general are asking the Biden administration to end it’s “draconian vaccine mandate” for U.S. health care providers because it is causing critical shortages of health care workers and is justified with outdated data and science.

In a petition reviewed exclusively by Fox News Digital, 22 Republican state attorneys general, led by AG Austin Knudsen of Montana, demanded that the Health and Human Services Department (HHS) and Centers for Medicare and Medicaid (CMS) repeal the interim final rule, or IFR, that authorized the federal mandate in effect since November 2021.

“The more we dig into this, the more we look, this interim final rule was just completely arbitrary and capricious,” Knudsen told Fox News Digital. “The science didn’t ever back that the COVID vaccine was ever going to prevent transmission.”

The CMS mandate affects 10.4 million workers at 76,000 healthcare facilities and home healthcare providers. Yet as the filing by the attorneys general notes, vaccinated people contracted and transmitted COVID-19. This trend has continued even with the introduction of a first-generation booster and the new bivalent omicron booster. It also claims that studies show “compelled vaccination of millions of health care workers will not meaningfully limit COVID transmission.”

However, just as the vaccine mandate may help the military effectively recruit the number of soldiers it needs, it may also help relieve the healthcare worker shortage. Healthcare professionals are some of the least likely to take a treatment they view as ineffective and possibly dangerous. One report shows that one in five healthcare workers has quit their job since 2020, and 47% plan to leave their positions by 2025. As of the fourth quarter of 2021, 230,609 healthcare providers left the profession. South Carolina, Georgia, Vermont, Delaware, and Michigan currently face the most critical staffing shortages. South Carolina is down nearly 30%.

The vaccine mandates applied only to the initial series, not boosters. The CDC knows about cardiac side effects and still refuses to provide guidance on exceptions. And HHS Secretary Xavier Becerra just told Americans to get a booster if their last vaccine was more than two months ago. That would equal six shots a year. The mandates are outdated and do not prevent transmission or illness. It is clear at this point the mandates are about compliance, not public health. It is time to end them.