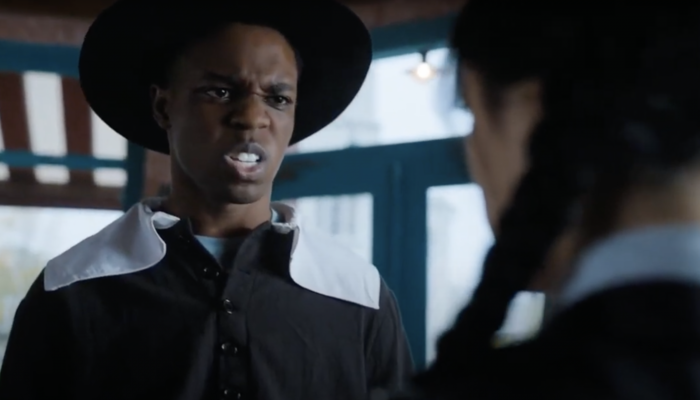 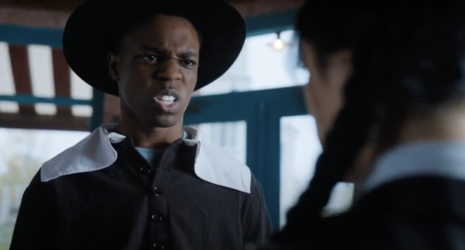 Tim Burton, creator of the Beetlejuice and Edward Scissorhands movies,  recently launched a Netflix series called “Wednesday,” a take on the Addams’ Family character. Said series is now under scrutiny by leftist social justice warriors who are pissed off that Burton cast black actors as the bullies.

The show is essentially the story of how Wednesday Addams, the female child from The Addams family, got placed in a boarding school for students who have unique abilities. Some turn into mermaids, others turn into werewolves, and Addams has visions and is followed by a walking hand, “It.”

In the series Joy Sunday, a black actress, plays the antagonist at Addams school and actor Iman Marson, plays a bully from the main town as well as the son of the corrupt, also black, mayor.

In the series, the mayor of the town owns a sort-of amusement park called “Pilgrim World.” As noted by New York Post, Pilgrim World is “an eyebrow-raising choice considering the museum celebrates pilgrims and colonizers.”

It’s also important to note that there are bullies and antagonists who are white in the series too, but there’s been no mention of that whatsoever from the critics.

Here’s some of the pushback Burton got relating to his supposed “racism.”

Me trying to badly to push pass the racist and anti-Black undertones in the Wednesday Addams Netflix show. Like whoever thought making the Black man as the owner of a pilgrim amusement park is literally going to HELL. 😶🙃😬😒💁🏾‍♀️

Another person, in a since-deleted tweet, suggested, “Don’t get me wrong…I love Jenna Ortega and that she’s playing Wednesday but one thing I hate about this show is that why did they make ALL the black people in this show terrible people? Like how did Netflix see nothing wrong with this? I hate Tim Burton’s racist self.”

The funny thing is, the lead character, Wednesday, is played by Jenna Ortega who said she is “75 percent Mexican and 25 percent Puerto Rican.” If he were so racist against anyone but white people, why would he hire a non-white lead?

Despite his supposed “racism,” Burtons series racked up 341.2 million viewing hours and even beat out Stranger Things to Netflix’s top spot, DailyMail reported.

It’s ridiculous for people to be pitching a fit over something as trivial as this. Burton hired his cast based on their abilities but the left loves to cry wolf.

I’ll end with what a rep for Burton told NY Post when it asked for comment regarding his supposed “racism.”

“I’m not forwarding a comment request this silly to Tim.”

MIT professor and health analytics expert issues public call to STOP all mRNA vaccination immediately
Woman accused of trying to kill doppelganger friend with poisoned cheesecake so she could steal her identity and return to Russia where she is wanted for murder of another woman
SCOTUS Did Not Disclose Financial Relationship With ‘Independent’ Expert Hired to Validate Leak Probe
Woman allegedly met 87-year-old Holocaust survivor on dating site, conned him out of millions that she blew on luxury items
Racializing the Death of a Black Man by the Police, Part I