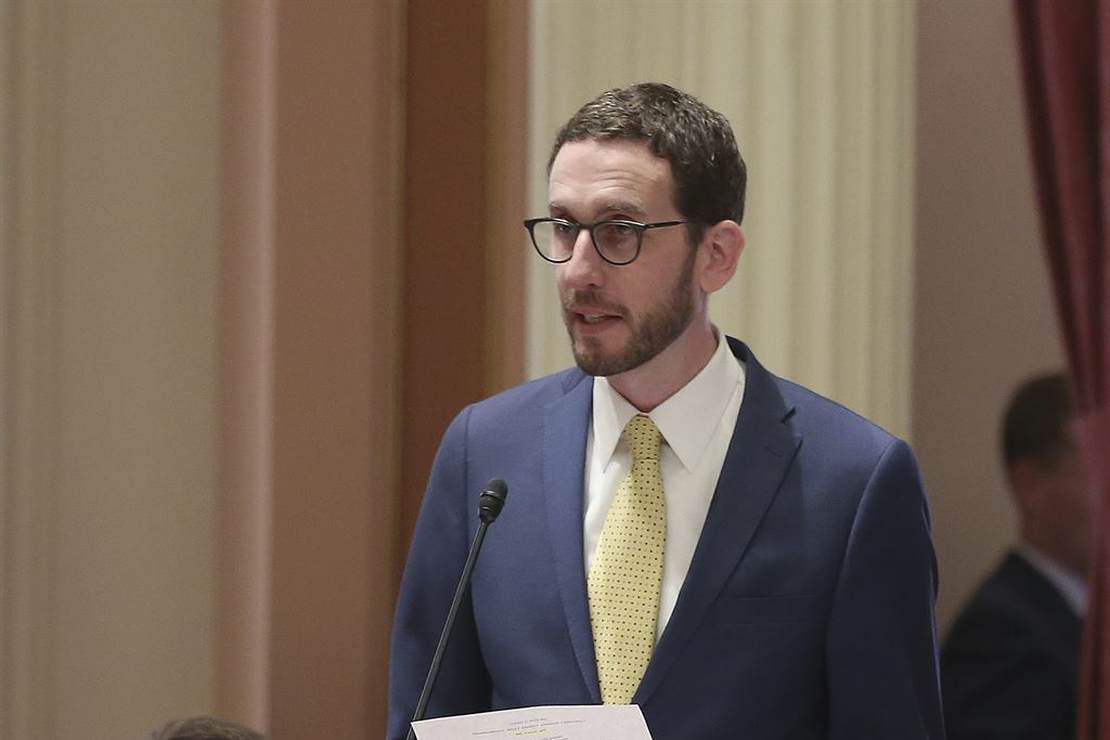 When I was in radio, I was, among other things, the news director. Since you obviously can’t see pictures over the radio, the next best thing is a sound bite. It makes the story more interesting and gives it a better presence on the air. Always get sound.

That is what California state senator Scott Wiener should have remembered when he tried in vain to take Charlie Kirk out for a ride this week. This past Tuesday, Kirk tweeted the following:

Thousands of pedophiles in California are going free after just a few months in jail, thanks to the state’s radically reduced penalties for child molestation.

One reason so many of these predators are going free so early is California lawmaker Scott Wiener.🧵 pic.twitter.com/Z2X8wBhRA0

Wiener is known for his efforts in reducing the severity of laws dealing with sex offenders in California. He authored SB 145, a bill that, according to the Post Millennial, removed people from the sex offender registry for certain offenses if both parties consented to an act and so long as the convicted party is no more than ten years older than the victim, who could be no younger than 14. Wiener claimed it would help prevent discrimination against young LBGTQ people.

(Warning: there is language that is NSFW or smaller eyes.)

Not even 24 hours after MAGA grifter Charlie Kirk tweeted homophobic lies about me, I received this threat repeating one of his lies.

But that was the point: Riling people up against me & other LGBTQ people.

Words have consequences & Twitter is becoming a cesspool for this crap pic.twitter.com/gTn4tHkfg0

But as the Post Millennial reports, the internet was quick to notice the flaw in Wiener’s plan. See that little vertical line at the end of the last sentence? That cursor? You know, the thing that flashes on your screen as you type something? The Achilles Cursor. Another fine tantrum and another chance for Wiener to wail, rend his garments and claim persecution, completely ruined.

You gotta remove the damning evidence before you screenshot it and post it for the world to see. That’s all I’m saying. But while Lefties are long on drama, they are often short on well… the ability to employ strategic thinking. And computers and the internet do not forget. Nor do they forgive.

Retribution was swift and terrible as people called Wiener out for a badly planned hoax. Jack Posobeic commented, “You know what? @Scott_Wiener’s having a rough night tonight. I’d like to do something to cheer him up. How about a Subway sandwich, Scott?” Cernovich asked, “What is that | at the end?”

Richard Grennell told Wiener, “Grow up. If you don’t like public criticism of your creepy ways then don’t run for public office. It has nothing to do with you being gay – lots of gay people aren’t creepy. Stop trying to silence dissenting opinions….you just name-called Charlie but can’t take name-calling?!”

A Twitter user calling himself Andrew “Leaked Majority Opinion” Kolvet said, “This Senator passes laws that are grotesque to half the country, probably 80%, gets called on how ridiculous and deranged he is, and then says ‘don’t criticize me, I’m gay’ and then fakes a death threat. Don’t pass the laws if you can’t take the criticism.” Others pointed out that the spell-check lines were visible.

As to claims that it was a transcribed voicemail, people asked the natural question: where is the recording? Sound is easy to post on websites and social media. In fact, if Wiener felt threatened or even triggered, the voicemail would have made excellent evidence for the police. But alas, we have no sound. And sound makes every story better. And in this case, believable. Always get sound.

Although the internet is swift to dole out punishment for stupidity and hypocrisy, the public is also quick to forget the truth. And there will be plenty of people who will either say that it was all an illustration to prove a greater point or just say they believe Wiener and are there to support him in his struggle. I just hope for his sake, they will include some IT professionals.