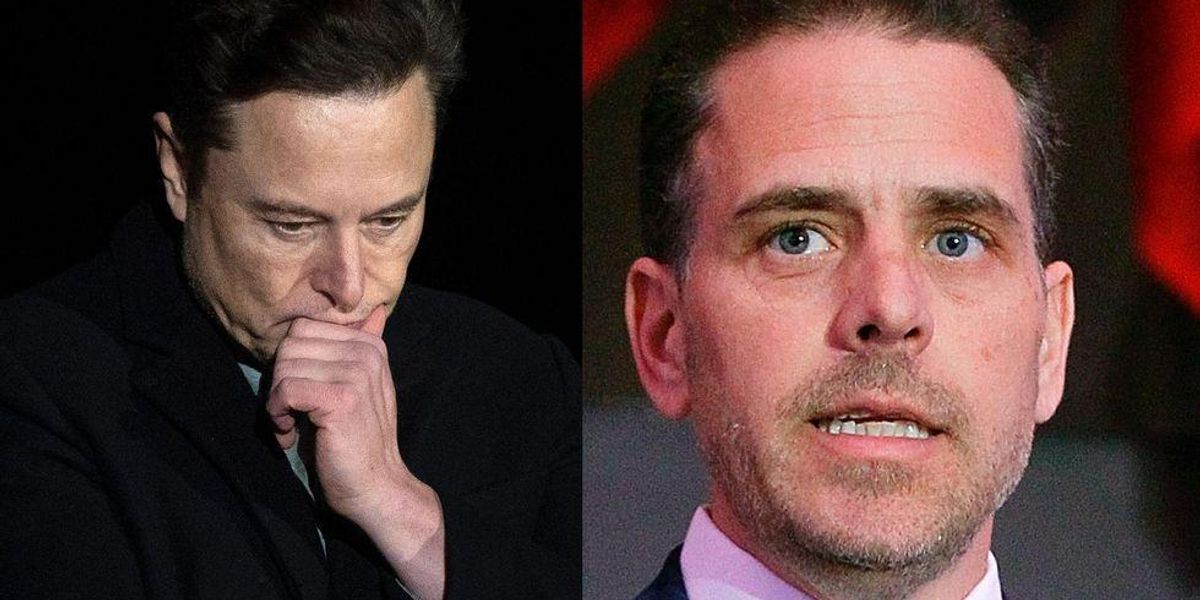 Billionaire entrepreneur Elon Musk did as he promised and revealed on Friday a trove of emails detailing the internal debate at Twitter over the censorship of the Hunter Biden laptop story ahead of the 2020 election.

Musk tweeted an announcement about the emails, and after a delay, the “Twitter files” were released in a lengthy tweet thread by journalist Matt Taibbi.

u201cWhat really happened with the Hunter Biden story suppression by Twitter will be published on Twitter at 5pm ET!u201d

The first tweet garnered over 425k likes in one hour.

“The ‘Twitter Files’ tell an incredible story from inside one of the world’s largest and most influential social media platforms. It is a Frankensteinian tale of a human-built mechanism grown out the control of its designer,” Taibbi
wrote, summarizing the documents.

One email showed that members of the Biden administration were reaching out to the Twitter team and asking them to “review” tweets which were later deleted by the company.

Taibbi noted that both parties had access to Twitter for these requests, and they were honored from both the Biden and the Trump campaigns in 2020.

“This system wasn’t balanced. It was based on contacts. Because Twitter was and is overwhelmingly staffed by people of one political orientation, there were more channels, more ways to complain, open to the left (well, Democrats) than the right,” Taibbi
explained.

He then jumped into the emails about the Hunter Biden laptop story.

“Twitter took extraordinary steps to suppress the story, removing links and posting warnings that it may be ‘unsafe.’ They even blocked its transmission via direct message, a tool hitherto reserved for extreme cases, e.g. child pornography,” Taibbi wrote.

Initially, the decision was made to censor the story based on a dubious claim that information on the laptop might contain hacked documents from foreign governments.

“They just freelanced it,”
said a former Twitter employee to Taibbi. “Hacking was the excuse, but within a few hours, pretty much everyone realized that wasn’t going to hold. But no one had the guts to reverse it.”

The thread also has emails from Democratic Rep. Ro Khanna of California asking that Twitter stop censoring the story because it’s causing a backlash and stating that the censorship is against the First Amendment.

“I say this as a total Biden partisan and convinced he didn’t do anything wrong. But the story now has become more about censorship than relatively innocuous emails and it’s become a bigger deal than it would have been,” wrote Khanna.

He adds, “in the heat of a Presidential campaign, restricting dissemination of newspaper articles (even if NY Post is far right) seems like it will invite more backlash than it will do good.”

A final part shows emails from Carl Szabo of the research firm NetChoice that say Democrats are angry and want more moderation to dissuade conservatives from posting disinformation.

“If the companies moderated more, conservatives wouldn’t even think to use social media for disinformation, misinformation, or otherwise,” one
passage read.

“Much more to come”

Taibbi ended the thread but added that there would be more information coming out.

“There is much more to come, including answers to questions about issues like shadow-banning, boosting, follower counts, the fate of various individual accounts, and more,” he tweeted. “These issues are not limited to the political right.”

Musk previously claimed that Twitter
had interfered with elections, leading many to believe he would show how Democrats had used the platform to influence public opinion.

[Ed. Note: This story has been updated with additional information.]