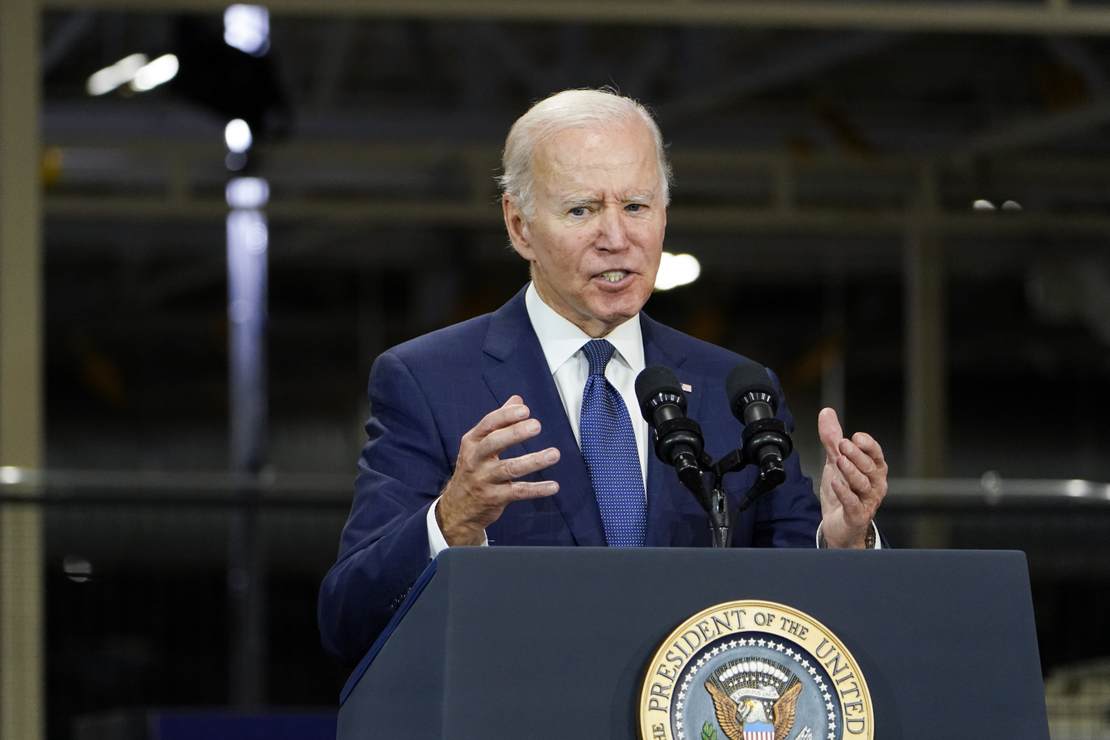 I have to admit I was a bit surprised earlier this week when former House Speaker Newt Gingrich issued a warning to his party not to “underestimate” President Joe Biden.

Gingrich argued that while the GOP has been making an issue out of his gaffes and cognitive problems, Biden was nevertheless able to muster a few major legislative victories during his first two years in office — despite the Democrats’ holding narrow majorities in both chambers of Congress.

“Like most Americans, I do not approve of the job he is doing. Like virtually all conservatives and Republicans, I deeply oppose his policies. They are clearly weakening America and strengthening our enemies,” Gingrich said. “And, again, like most Americans, I oppose the woke policies which are undermining and threatening to destroy popular, unique, shared American culture. However, conservatives’ hostility to the Biden administration on our terms tends to blind us to just how effective Biden has been on his terms. He has only built upon and fortified the left-wing Big Government Socialist woke culture system.“

Here’s where I take issue with Gingrich’s analysis. If there’s anything the Democrat caucus has been good at, it’s keeping its members in line. For years, we’ve seen Democrats in Congress run as moderates to get elected, then vote overwhelmingly how the party leadership wants. As John McCormack explained over at National Review, House Speaker Nancy Pelosi had no problem laying out the welcome mat for pro-life Democrats who ran for Congress, yet she “made it very difficult for pro-life Democrats to survive in the party,” so much so that there are virtually no pro-life Democrats left, and the party consistently opposes “even modest limits on late-term abortion.” Even the one token pro-life Democrat in the Senate, Bob Casey of Pennsylvania, isn’t pro-life anymore.

Heck, look at Sen. Joe Manchin. Despite being a Democrat representing a red state, he votes overwhelmingly with Biden, including voting to confirm all of Biden’s judicial nominees — even his radical Supreme Court nominee, Ketanji Brown Jackson. Sure, Manchin’s made a stand on a few key pieces of legislation, but on the whole, he votes how his party wants him to. That’s how Biden has managed to get a series of radical bills and trillions of dollars in spending passed despite Democrats having only a slim majority in both chambers of Congress. Nancy Pelosi and Chuck Schumer should get the credit for that, not Joe Biden.

Related: VIDEO: Biden Knows Where He Will—Will Not?—Campaign to Help Some Senator with a W in Their Name

We all know that Joe Biden is a puppet who couldn’t talk his way out of a paper bag even if the instructions were shown on his teleprompter. I’m not sure why Gingrich believes Biden is some sort of genius rainmaker, because he’s not. He couldn’t stop Putin from invading Ukraine, even though he previously claimed that Putin was afraid of him. “Vladimir Putin doesn’t want me to be President,” Biden bragged in 2020. “If you’re wondering why — it’s because I’m the only person in this field who’s ever gone toe-to-toe with him.”

Look how well that turned out.

It’s true that the midterm elections weren’t as good as we hoped, but does anyone really think that Biden had anything to do with that? If you want to insist that abortion rights drove left-wing voters to the polls, then the Supreme Court did more to boost turnout than Joe Biden talking about it. What about Biden’s student loan forgiveness executive action? Sure, young voters came out in droves, but that wasn’t part of some carefully calculated diabolical plan of Joe Biden’s. Heck, he had long been opposed to executive action to “erase” student loan debt. Democrats spent months pressuring him, and he caved.

But Gingrich still has a point. Joe Biden may be an empty vessel, but the people around him — the ones making decisions for him — are a serious problem. We’re not underestimating Joe Biden; we’re forgetting that just because he doesn’t know where he is half the time, that doesn’t mean everyone around him is equally clueless.