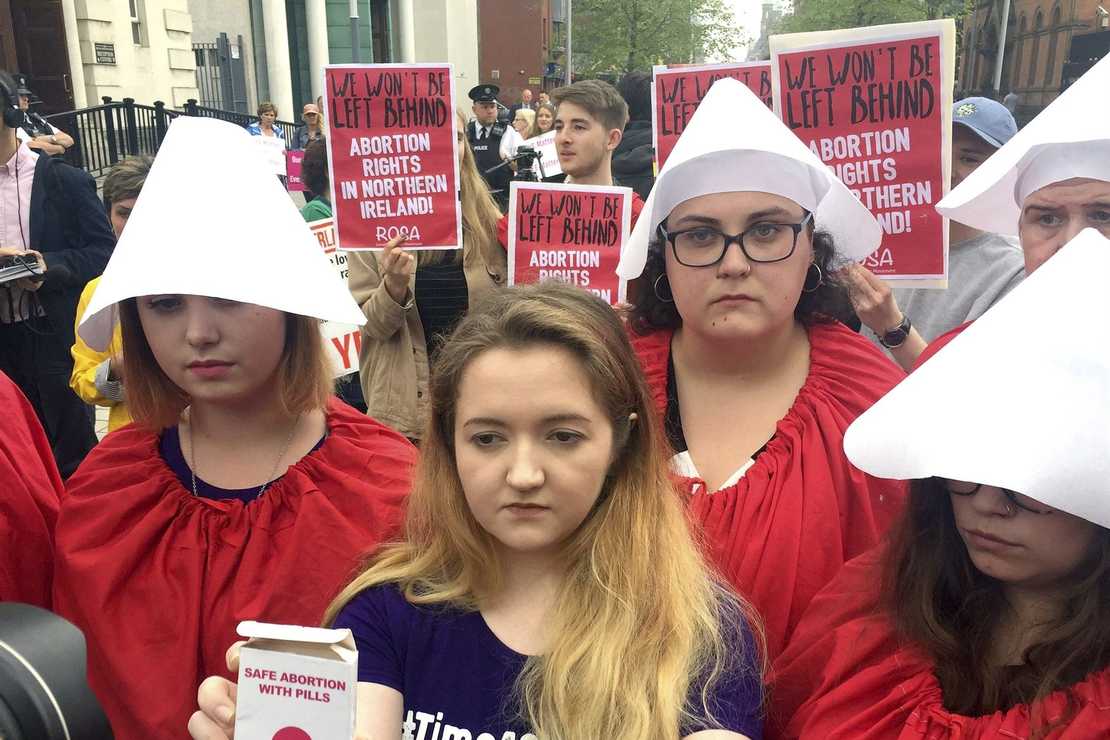 For as long as most of us have been alive, feminists and their gelded male fellow travelers have been agitating to throw out traditional gender roles. They paint a dark picture of traditional civilized society as men running the world, forcing women into submission and having all the fun while women are relegated to Cindarella-esque lives of mindless, homebound drudgery.

That sounds awful! So, with what superior social scheme would Progressives replace the traditional system? A women-led society, they say.

What does such a thing actually look like? There aren’t a lot of historical examples to refer to. The ancient Greeks talked of a women-dominated society of warriors, the Amazons. But the Amazons were a myth, perhaps inspired by ancient Greek travelers’ encounters with the Lycians and their unusually matrilineal culture, or some of the nomadic tribes whose women joined the men in fighting with weapons.

Modern feminists have no intention of living like barbarians, though. They want to control the levers of power, fill the most prestigious roles, and make all the decisions.

Also for our VIPs: Where are American Feminists During the Biggest Women’s Rights Protests Ever in the Muslim World?

And enlightened first-world nations are busy restructuring their societies to hoist women into all the cushiest leadership roles. As of 2021, female college students in the United States outnumbered males by 10% (55%–45%). That gap grew to 20% in the graduate programs that prepare students for more elite roles (60% female–40% male). And among all adults aged 25–34, 46% of women hold a bachelor’s degree, compared to just 36% of men. (The slight population advantage American women have over men — 50.5%–49.5% — cannot account for the difference.)

In possession of the majority of educational credentials, women are working to assume the majority of leadership jobs that generally require fancy degrees. From corporate executives to doctors, lawyers, entrepreneurs, and politicians, the percentage of females with prestigious careers has climbed steadily since the Sexual Revolution of the hippie era.

Not everyone can be at the top of the food chain, though. The reality of yanking men out of their traditional roles looks more like a life of overwhelming responsibility for single women.

The Obama administration infamously tried to sell America on a vision called “The Life of Julia” (now deleted after widespread scorn), and in 2021, the Biden White House attempted to push their agenda in a similar way with “Linda.”

Julia and Linda were fictitious single working women who needed to rely on government programs to fill the husband-shaped holes in their homes. But they must’ve crossed paths with a man at some point, because each had a hypothetical child. In the real world, however, in-the-flesh feminists are more interested in shedding traditional standards of womanly beauty and celebrating abortion above all else. These priorities aren’t exactly conducive to procreation.

Feminists see societies that value masculine roles as akin to the hysterical melodrama The Handmaid’s Tale. On the other hand, at its best, patriarchy reveres women, placing them at the center of everything men do.

But whatever its form, patriarchy includes women (and along with them, children).

Feminism doesn’t have much use for men.

Traditional gender roles — aka the “patriarchy” — are built around creating safety and prosperity for women and children. But in the feminist vision, men are more of a problem; they’re certainly not the great treasure at the center of its structure. The thing men alone can offer women — children — is also disfavored, as feminists tend to be politically aligned with earth-first, anti-humanity zealotry. The Progressive women who do wind up with children certainly don’t want men around to raise them while the women go off to work; men raising all the kids would create a massive culture shift, as masculine values and philosophies would be instilled throughout the developmental years.

Notice how feminists never say they want to replace the “patriarchy” with a “matriarchy.” The word “matriarchy” doesn’t apply to the feminist vision, as its root, mater, is Latin for “mother.”

In the final analysis, traditional gender roles value both sexes equally. The feminist future is a misandrous fantasy in which men are disappeared to make way for an aging population of lonely spinsters who will eventually die out, ending the human race. Sounds awesome, sign me up.