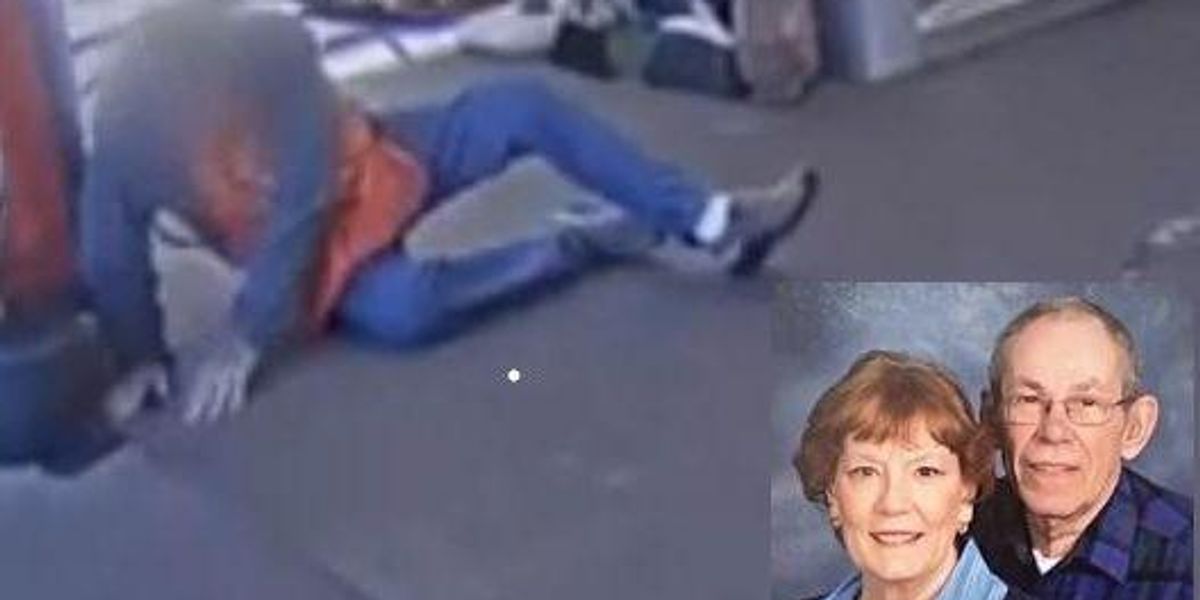 A beloved grandfather and devoted Home Depot employee in North Carolina has died from injuries he sustained when he attempted to prevent a suspected serial shoplifter from stealing items from his store.

On October 18, 82-year-old Gary Rasor was manning a booth in the garden section of the Hillsborough Home Depot, when he spotted a man he recognized. Though the man was dressed in a face mask and hoodie, Rasor believed he was a regular shoplifter who had targeted the store in the past.

“He knows the guy is a thief,” Rasor’s wife, Yovone, said. “He’s been there. He’s seen him in the store before.”

Rasor told his wife that the man would often “buy one or two items so he has a receipt, and then he’ll add more stuff to his cart and flash the receipt.”

On that day, Rasor attempted to prevent yet another theft. When the suspect attempted to walk out of the store with about $800 worth of pressure washers in his cart, Rasor stuck his arm out in hopes of foiling the man’s escape. However, the suspect violently shoved Rasor to the ground, where Rasor struck his head on a potted plant. The callous criminal then continued on his path without even so much a backward glance.

Rasor sustained several fractures in the fall and, soon afterwards, suffered a mild heart attack. He was in and out of the hospital in the weeks that followed but expressed some confidence that he would make a full recovery. He even managed to celebrate his 83rd birthday.

Unfortunately, the day before Thanksgiving, Rasor was readmitted to the hospital and eventually transferred to hospice care. He passed away on December 1 without ever regaining the ability to walk.

Rasor passed away “due to complications from the injuries received,” a police report states, and the local medical examiner has ruled his death a homicide.

Police have described the suspect as a black male, approximately 6 feet tall, driving a white Hyundai Sonata. Those with any information are asked to contact Hillsborough investigator Andrew Jones by email or at 919-296-9562.

Rasor’s family is devastated by their loss and the senselessness of his death.

Son Jeff Rasor called it “mind-boggling” that someone would kill another person over a few pressure washers.

Stepdaughter Leigh Bucholtz said that, now that Rasor has died, she has decided to focus on seeking justice on his behalf.

“My first priority was Gary and his care,” she claimed. “But now that he’s passed, my next priority and the best way to honor Gary is to catch his attacker.”

Wife Yovone is still struggling to accept that he is gone. The couple, who had been married for 30 years, had plans to travel and visit family after Gary retired. They had even purchased plane tickets to visit a new grandchild over the holidays.

“It’s just hard, and I know it sounds silly, but I’m still waiting for him to come back home,” she said.

Officials at Home Depot have issued a statement to express their condolences for the man who had faithfully served the store for nearly a decade.

“We are heartbroken by the loss of our associate Gary,” the company statement read. “He was part of our team for more than nine years. He was an amazing friend, husband, father and grandfather, always willing to help anyone.

“Right now, our top concern is supporting his family and our associates during this difficult time.”

This news segment about the attack aired before Rasor died:

World Health Organization Extends COVID-19 International Health Emergency. WHY?
Poll finds almost a quarter of Millennials get their rent paid by their parents, others get groceries, utilities paid
Dr. Simone Gold countersues AFLDS board for suing her over claims that she misrepresented herself as group’s head
Column: This Just In, Journalistic Objectivity Is Obliterated
College Board admits defeat at the hands of Ron DeSantis, and liberals are outraged: ‘A win for fascist intimidation’