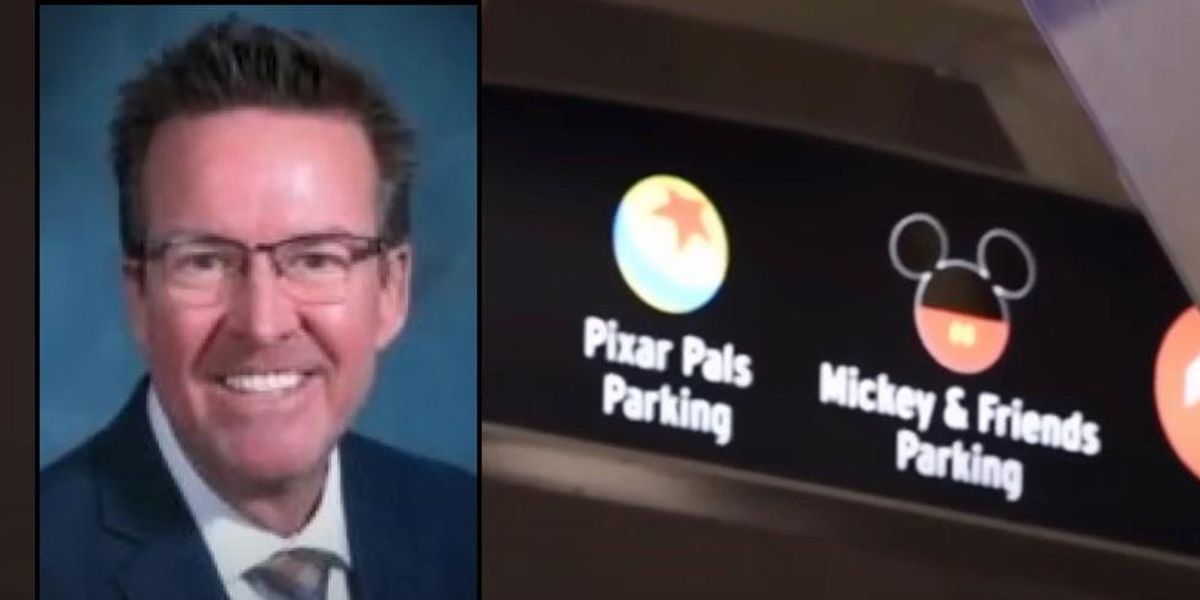 Police said an elementary school principal committed suicide at Disneyland after he was charged with child endangerment and battery.

Christopher Christensen, the principal of William T. Newland Elementary School in Huntington Beach, jumped off the Mickey & Friends parking structure of the park on Saturday according to Anaheim police.

He had been charged with the misdemeanor charges and was scheduled to appear in court on Monday.

Christensen left a Facebook post on Saturday explaining why he was committing suicide and blamed an “extremely flawed” legal system. He revealed that he had been privately married to a woman named Marlena for three and a half years. He claimed that Marlena called the police after a “heated argument” and that he was falsely accused of hitting her two daughters.

He said that he had never hit them or Marlena. Christensen added, “It’s sickening how quickly and easily an innocent man can be thrown in jail based on zero evidence or proof!”

He went on to claim that he was on administrative leave and on the verge of losing his job because of the charges.

“I think it’s safe to say that Marlena truly regrets making that call, because the events of that night have completely unraveled both of our lives,” he added.

Christensen had pleaded not guilty to both counts.

“Mr. Christensen has been a respected leader in FVSD for over 20 years,” read a statement issued by the Fountain Valley School District. “His contributions and connections to this community are immeasurable. He was a father, husband, brother, and friend to so many. His passing leaves us devastated and heartbroken.”

Numerous other people have committed suicide at the popular theme park over the years.

He is survived by his wife, three children, and two stepchildren.

Here’s more about the shocking story:

One Person Inspired an Insurrection, the Other Is Brandon Straka
Florida couple indicted on charges of vandalization of pro-life centers with pro-abortion messages and threats
Will The New Shadow President Be Better Than Ron Klain?
Air Force General Predicts U.S. Will Be At War With China In 2025: ‘I Hope I Am Wrong’
A&W Restaurants parodies announcement from M&M’s, jokes about putting jeans on cartoon bear because ‘even a mascot’s lack of pants can be polarizing’