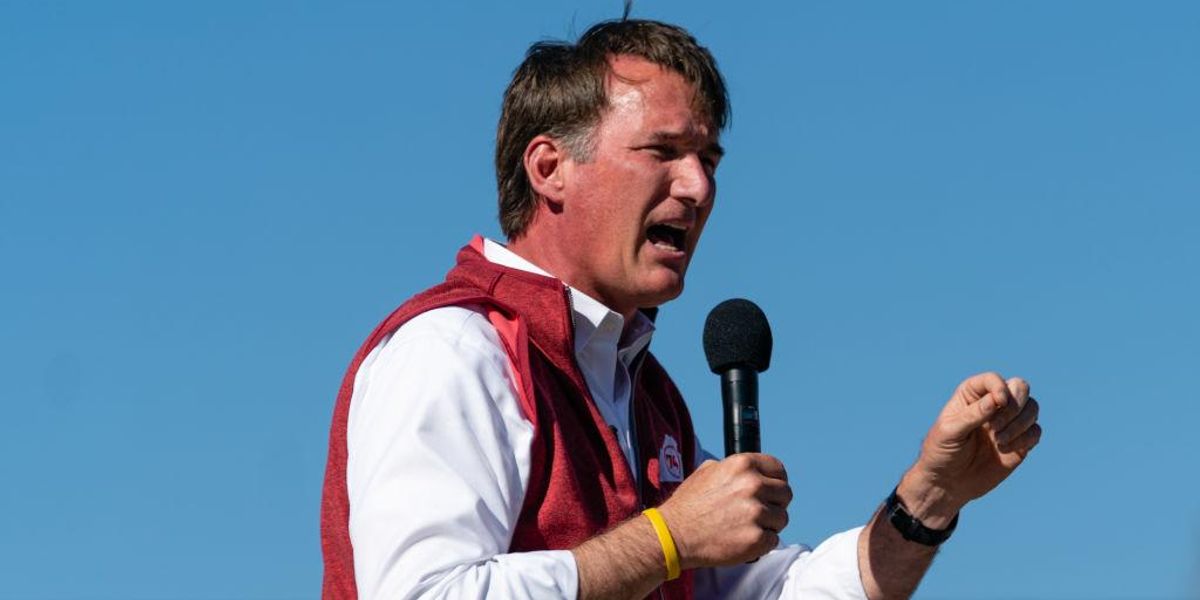 COVID-19-era fines and penalties have now been dealt a final blow in Virginia, and some of those unfairly hit with them may soon be reimbursed.

Republican Gov. Glenn Youngkin indicated earlier this week that while the damage done by his Democratic predecessor’s administration in the state of Virginia cannot be undone, he is nevertheless “taking action going forward to end COVID-era draconian overreach.”

The governor, who took office in January, issued an executive order on Tuesday “to review the disciplinary actions taken against private individuals, businesses, and non-profits purportedly as a result of the public health emergency related to COVID-19.”

Youngkin noted in his order that recovery from the pandemic for many Virginians does not necessarily entail bouncing back from the virus, but rather from “guidelines imposed during the public health emergency.”

Accordingly, Youngkin has instructed state agencies to report all fines and penalties imposed by former Democratic Gov. Ralph Northam’s administration as a result of noncompliance with COVID-19 guidelines.

On the basis of these reports, the secretary of finance or his designee will “review all such disciplinary actions and make recommendations to the Governor on what if any corrective action can be taken under the law.”

In a statement Tuesday, Youngkin said, “The fact that businesses are still dealing with COVID-19 related penalties and fines is infuriating. Livelihoods are on the line.”

This fury may have been brought to a head after veteran and restauranteur Matt Strickland had his establishment raided last Friday.

Northam appointees on the board of the Virginia Alcohol Beverage Control Authority saw fit for the agency to continue exacting penalties on account of COVID-19 noncompliance.

Strickland claimed on Monday that “these COVID mandates were more about control than they were health and safety.”

Youngkin said, “In the previous administration, we saw our government shut down businesses, close our schools, and separate us from each other. While we can’t undo the damage done during the Northam administration, we are taking action going forward to end COVID-era draconian overreach.”

“I look forward to working with the General Assembly to address this, forgive COVID fines and fees, and restore licenses that were unjustly suspended,” added the governor.

Regardless of whether it could mean destitution for the proprietors or their employees, all restaurants, fitness centers, and theaters were mandated to significantly reduce their capacity to 10 patrons or shut down.

Grocery stores and various other services were spared this prohibition, but churches enjoyed no such exemptions.

Lighthouse Fellowship Church of Chincoteague filed a lawsuit months later claiming Northam violated Christians’ religious freedom after the church’s pastor was issued a criminal citation for having 16 people at a Palm Sunday service, in contravention of Northam’s edict. The Department of Justice ultimately sided with the church.

National Review reported that by the time December 2020 rolled around, Northam began blaming the spread of the virus in Virginia on religious congregations that he suggested had failed to strictly adhere to Democrat health guidance.

In addition to business-killing restrictions, Virginians were also required to wear masks — the efficacy of which Dr. Anthony Fauci doubted — in indoor public spaces.

Northam’s mask mandate went into effect May 29 and was expanded over time, such that all residents ages five and over had to follow suit.

The mask requirements and prohibitions on gatherings significantly impacted athletics and academics, among other activities.

Curfews were imposed on the sale of alcohol, and COVID-19 guidance violations were made enforceable through the Virginia Department of Health as Class One misdemeanors.

Upon taking office in January, Youngkin not only banned critical race theory, but signed an executive forder making masks optional in schools.

For prioritizing freedom over the illusion of safety, Youngkin took a great deal of heat.

Nicole Haley of Coronavirus War Room, a leftist activist organization that advocated for mask mandates, vaccine mandates, and lockdowns, said in January, “From ending vaccine requirements to his ‘masks off’ order, Governor Youngkin is already losing support as a result of his anti-science policies that prolong the pandemic.”

Youngkin answered back by pointing out he wasn’t banning masks but restoring Virginians’ choice on whether wearing a mask is right for them and their children.

PBS Lobbies for Blood Donation by Gay Men as an ‘Equal Rights’ Issue
Biden sends 31 Abrams M1 tanks to Ukraine after previously warning that doing so would lead to World War III
Racist Whoopi: White People Need Beatings Before Police Reform
CNN Claims ‘White Supremacy’ Is Why DeSantis Opposes AP Class
Racializing the Death of a Black Man by the Police, Part I