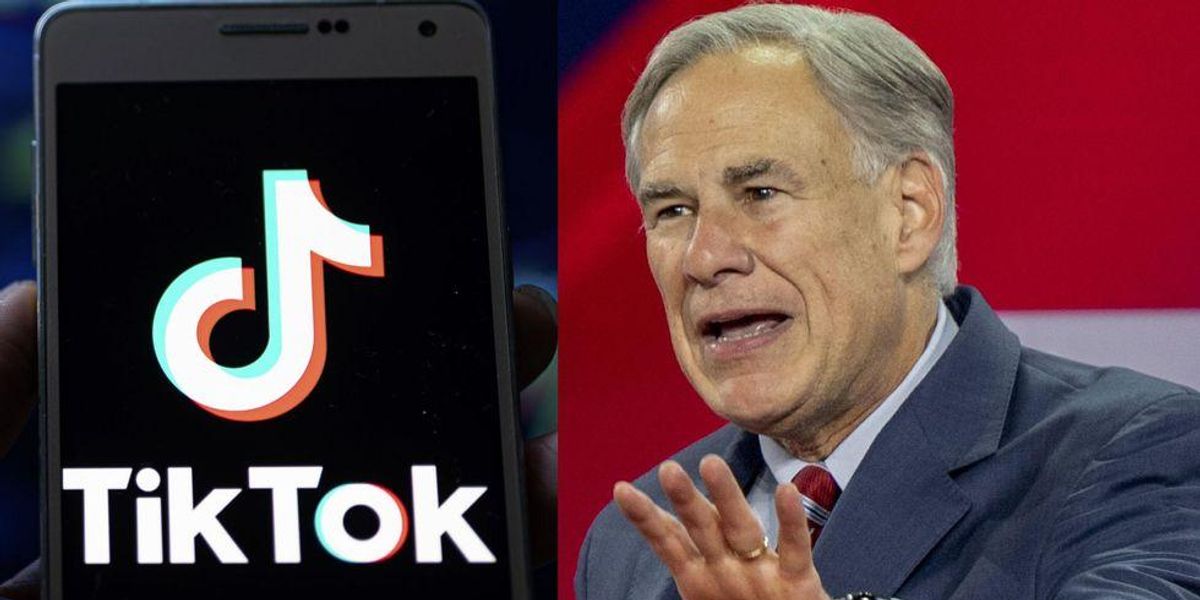 Republican Gov. Greg Abbott ordered a ban of the use of the popular TikTok social media application among Texas state employees and agencies over concerns about communist Chinese surveillance.

TikTok boasts over 80 million users in the U.S., but experts have warned the public that the company that owns the platform has strong ties to the Chinese Communist Party and has very invasive digital behavior.

Abbott issued a press release about the order Tuesday.

“TikTok harvests vast amounts of data from its users’ devices—including when, where, and how they conduct Internet activity—and offers this trove of potentially sensitive information to the Chinese government,” wrote the governor in part.

“While TikTok has claimed that it stores U.S. data within the U.S., the company admitted in a letter to Congress that China-based employees can have access to U.S. data. It has also been reported that ByteDance planned to use TikTok location information to surveil individual American citizens,” he explained.

Abbot has ordered that TikTok be removed from all government-issued devices used by officers and employees, including all computers, tablets, and desktop computers.

“Further, under China’s 2017 National Intelligence Law, all businesses are required to assist China in intelligence work including data sharing, and TikTok’s algorithm has already censored topics politically sensitive to the Chinese Communist Party, including the Tiananmen Square protests,” he concluded.

Abbott is not the first governor to ban the app for state employees. Republican Gov. Kristi Noem banned TikTok in South Dakota in November.

“South Dakota is banning TikTok for state government. We will have no part in intelligence gathering for China, a nation that hates America,” she tweeted at the time.

Experts have warned that TikTok might be used by the Communist Chinese Party to obtain sensitive and personal information from the cellphones of U.S. citizens that it can use later to blackmail or otherwise undermine its victims.

Yes, Ilhan Omar Had to Be Punished — and Democrats Know This
U.S. General Warns We’ll Be at War With China in Two Years
Hunter Biden asks DOJ to investigate Rudy Giuliani and other Trump allies for disseminating his laptop data
Philly bus driver reportedly thwarts carjacking by barreling toward crooks with his 40-foot vehicle, blocking their escape, and scaring them away
Police arrest Seattle-area pastor for allegedly dealing drugs, including fentanyl, cocaine, and meth