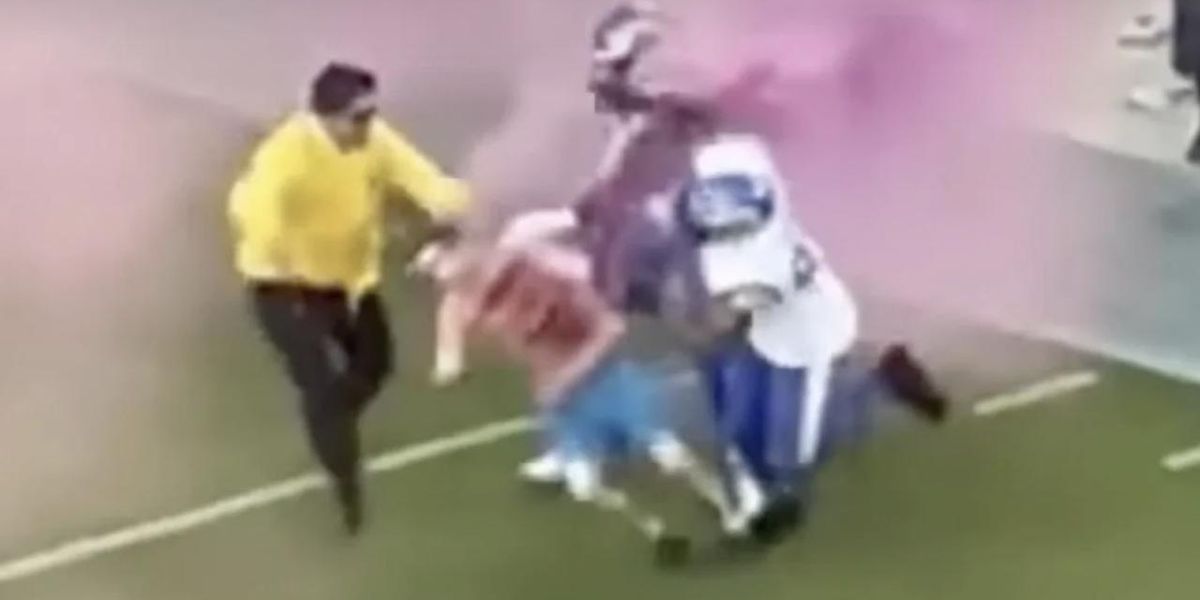 Police launched a probe the day after the Oct. 3 game at Levi’s Stadium when Alexander Taylor claimed Wagner assaulted him, the outlet reported.

Taylor is an activist for the Berkeley-based animal rights group Direct Action Everywhere, and his stunt apparently was an attempt to raise awareness about a trial involving the alleged theft of pigs from a factory farm.

During the second quarter, Taylor ran onto the field with the smoke bomb and successfully evaded security personnel, one of whom slipped and fell in the process.

But as Taylor skirted near the Rams’ sideline, Wagner emerged and put a heavy lick on the woke demonstrator, who immediately collapsed to the turf.

Here’s a look at it from a few angles — it’s safe to say onlookers were pleased:

What did Wagner have to say?

Wagner later said he knew about the protester filing a police report but had larger concerns on his mind, ESPN reported.

“Can’t really focus on it,” Wagner said, according to the sports network. “I’m more concerned about the security guard that was hurt trying to chase him. … You just got to do what you got to do.”

Wagner also said players never know what trespassers who run onto the field have in their hands or pockets, ESPN said.

“There’s consequences for your actions,” Wagner added, according the sports network.

Rams coach Sean McVay has Taylor’s back, ESPN said: “I think that we all know where Bobby’s intentions were … and I support Bobby Wagner. That’s where I’m at with that. I don’t think anybody will disagree.”

‘You do owe a duty of safety, even to trespassers’

After the protester claimed Wagner assaulted him, Los Angeles personal injury attorney Rony Barsoum told KTTV-TV the protester could have a case against Taylor under California law.