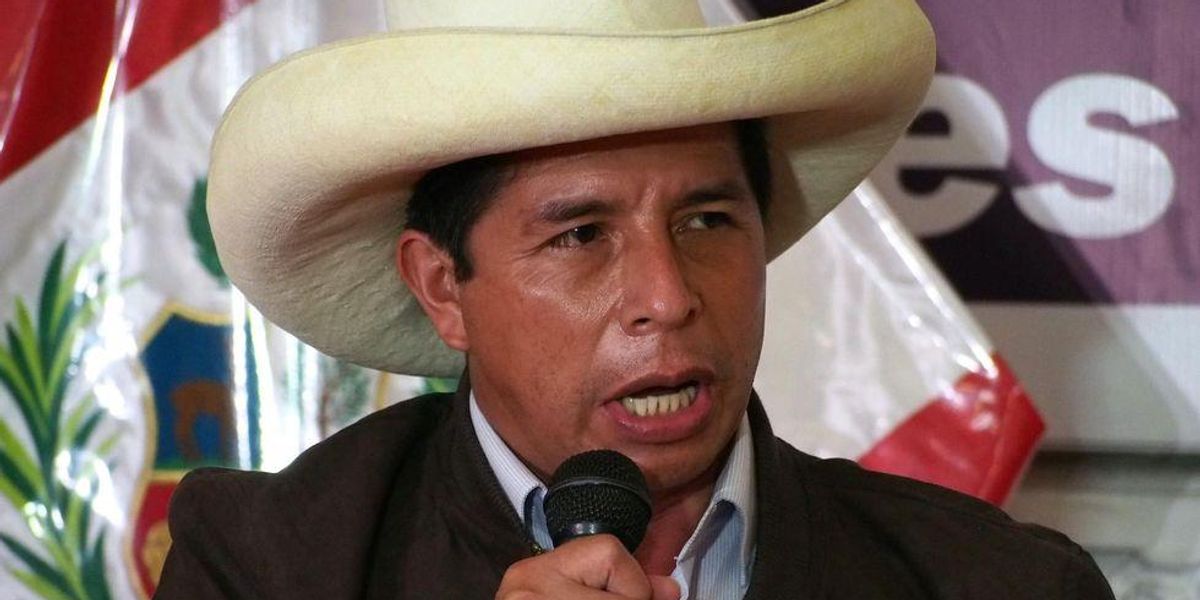 Pedro Castillo, the left-wing president of Peru, tried to dissolve Congress and was instead impeached and arrested by police.

Vice President Dina Boluarte was sworn into the presidency on Wednesday and became the first female president of the Latin American nation.

Castillo announced in an address to his nation that he was dissolving the Congress ahead of a potential vote to remove him from office. He was reportedly under investigation for alleged corruption over accusations that he was personally profiting from public works. Castillo denied the allegations and said he would rule by decree until another Congress could be elected and another constitution drawn up.

Instead, the members of the Peruvian Congress voted to impeach Castillo and remove him from office.

Boluarte criticized his attempt to dissolve Congress in a statement on Twitter, saying, “A coup that aggravates the political and institutional crisis that Peruvian society will have to overcome with strict adherence to the law.”

Boluarte was sworn in as the sixth Peruvian president in five years.

The U.S. government opposed Castillo’s order and called for the democratic process to continue in Peru under the current constitution.

“We will continue to stand against and to categorically reject any acts that contradict Peru’s constitution, any act that undermines democracy in that country,” said spokesperson for the U.S. State Department Ned Price.

The left-wing leader had narrowly risen to power in a presidential vote. He previously worked as a schoolteacher and a union leader and ran under the platform of rewriting the constitution and the redistribution of wealth through state power.

[embedded content]Peru’s President Ousted After Saying He Will Seize Powerwww.youtube.com

Homeless man molested 12-year-old at Georgia park after giving her liquid that made her dizzy, police said
Tax-Funded Fuss: Christiane Amanpour and ‘V’ Curse ‘The Patriarchy,’ See Hope in Abortion
Ex-judge in Las Vegas previously under ethics investigation dead of apparent suicide: ‘They have terrorized and lied about me’
China Accuses U.S. of ‘Reckless Warmongering’ After Leak of Memo Predicting War With Beijing by 2025
Rhode Island assistant principal asks for donations to help student pay off ‘coyote’ who smuggled him into the US