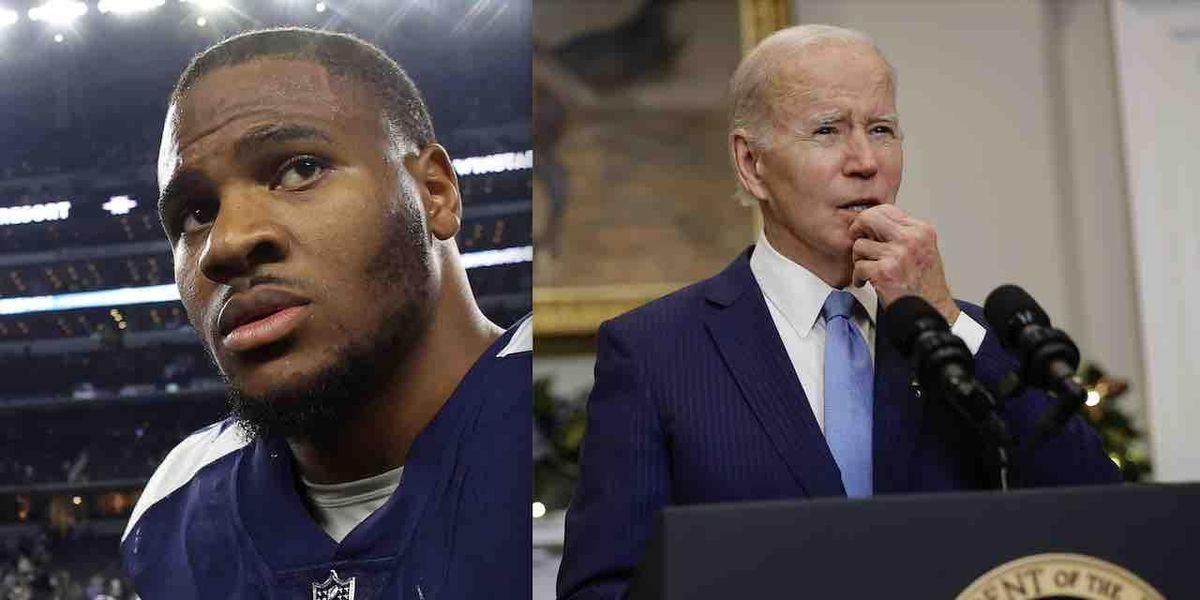 But within hours — after leftists tore into him for attacking their beloved commander-in-chief — Parsons was caving, apologizing, and walking back just about everything.

Parsons found out that ex-Marine Paul Whelan — convicted in 2020 of spying and sentenced to 16 years in maximum-security Russian prison — wasn’t part of the swap, and the Cowboys’ defensive leader was not happy.

Whelan has denied all charges, and talks about his release allegedly were continuing.

Parsons also tweeted that Biden wouldn’t get his vote despite the announcement of Griner’s release:

Leftists get bent out of shape when Twitter users with big platforms — and who should be on board with left-wing policies, like professional athletes — fail to toe the company line. They were similarly disturbed with Parsons, and soon enough he was walking back his complaints and apologizing.

He started by expressing support for Griner and saying it’s “crazy” that Biden wasn’t also bringing back Whelen. Parsons added that while he’s no supporter of former President Donald Trump, he has no love for Biden, either:

u201cMy last tweet was no shot at Brittney Griner. Iu2019m super happy sheu2019s back home as she should be. I just have family who have served and itu2019s crazy to me the President wouldnu2019t bring him home too. Iu2019m the furthest thing from a trump supporter but Iu2019m not a fan of Biden either.u201d

Less than an hour later, Parsons was in full mea culpa mode:

u201cthen the best outcome was accomplished. I pray Mr. Whelan comes home but am extremely happy for Brittney and her family. I am not too prideful to admit when Iu2019ve made a mistake.u201d

Another huge issue regarding Biden’s prisoner swap is that the Russians got back arms dealer Viktor Bout, who was serving a 25-year sentence and allegedly was a high priority for Russian President Vladimir Putin.

Former DEA agents involved in Bout’s capture told CBS News the Bout-for-Griner exchange could damage the “deterrence and consequences of committing crimes against the United States” now that “killers and criminals” know they can negotiate their way out of long sentences.

Griner in August was sentenced to nine years behind Russian bars for smuggling illegal drugs into the country. In February she was detained at Moscow’s Sheremetyevo International Airport when vape cartridges containing hashish oil were found in her luggage. Prosecutors argued that the 0.720 grams of cannabis found is a “significant amount.”

Griner admitted to bringing the banned substance to Russia but claimed it was an accident.

Bill Gates tells Elon Musk that he should forget about space travel and focus on vaccines
Man accused of beheading young mother with a samurai sword claims he killed his ex-girlfriend in self-defense
Whoopi Goldberg Angry That FOX News Keeps Noticing All The Dumb Things Said On ‘The View’ (VIDEO)
‘God was with me’: DC woman hailed as hero for disarming gunman accused of killing transit employee in shooting rampage
‘The choice is between normal or crazy’: Arkansas governor delivers Republican speech after Biden’s State of the Union