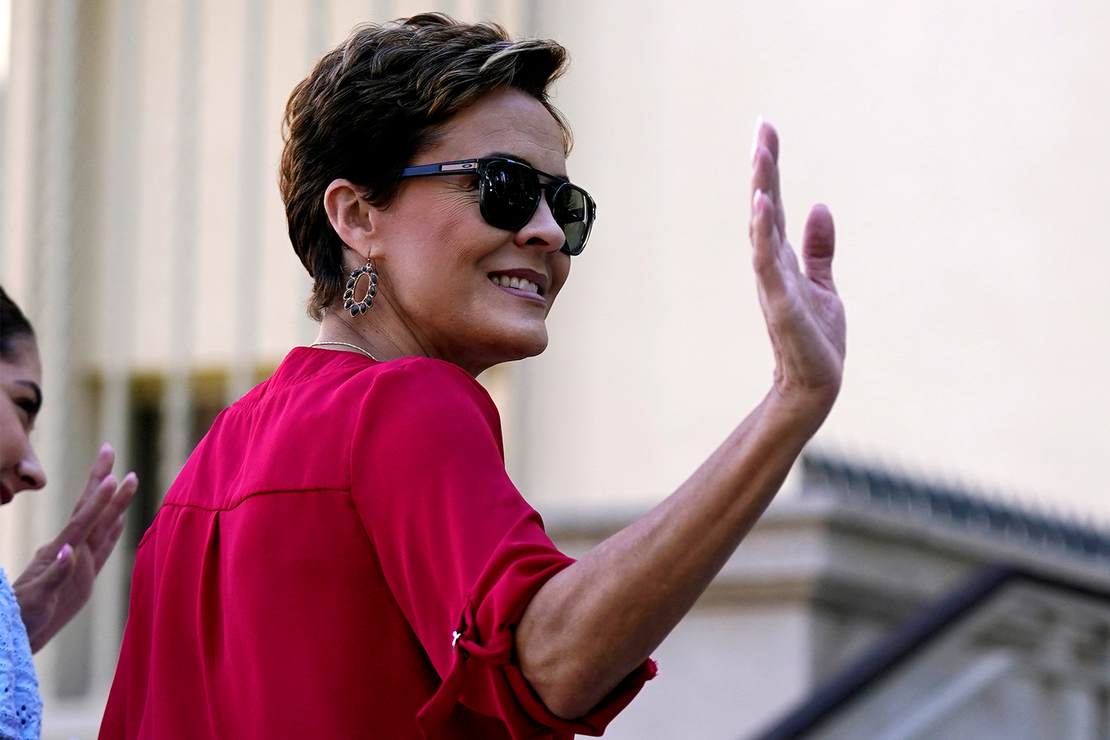 The news that Senator Kyrsten Sinema (D-Ariz.) had defected from the Democratic Party and is now a registered independent greeted Americans as they awoke on Friday morning, making for a very exciting start to the day.

Many in the media quickly speculated how her move will complicate things for the Democrats in the next Congress. But level-headed people quickly understood that, fundamentally, nothing will really change. All indications are that Sinema will still caucus with the Democrats, retaining her committee assignments and doing absolutely nothing to alter the power structure of the Senate. For all intents and purposes, Sinema remains a Democrat in every way except on paper. As a registered independent, she no longer has to compete in a Democratic primary—in which she would have inevitably faced a well-funded challenger who very well could beat her. It’s no secret that Arizona Democrats are none too pleased with Sinema’s rare defiance of Biden’s agenda. Sinema’s move only seems to benefit her position to seek reelection, as she’d no longer have to go through a Democrat primary.

So, while nothing changes on that end, this is a tremendous opportunity for the GOP in 2024. According to NBC News, Republicans in Arizona are reportedly excited about the prospect of Pinal County Sheriff Mark Lamb running for Senate, and he currently has the support of Kari Lake, who has encouraged him to run against Sinema. Of course, it could be an opportunity for Lake herself if she’s interested. While it is true that Kari Lake is challenging the outcome of the gubernatorial race over claims of systemic voter suppression in predominantly GOP areas, the truth is that she’s not going to be able to change the results of the election. While the fight to ensure that Arizona’s elections are cleaned up remains an important one, the sad fact is that she won’t be governor of Arizona. However, Lake is perfectly primed to run for U.S. Senate, and should Sinema run as an independent, Lake’s chances of getting elected to the U.S. Senate increase dramatically against independent candidate Sinema and a Democrat candidate. Right now, it is unclear if she’d run.

Also for our VIP members: Kyrsten Sinema’s ‘Independence’ Changes Nothing. Here’s What It’s Really About.

“Kari is getting lots of calls, but she’s pretty disillusioned right now, and she likes the sheriff and told him she wants to see him run for Senate,” a Lake confidant told NBC News. “Lamb is beloved by the base and could really clear a primary field.”

Sinema’s approval ratings statewide are, to say the least, a problem for her. Despite the fact she has voted 93% of the time with Joe Biden on legislation and that she has voted to confirm every single one of his judicial nominees, even the most controversial ones, her approval rating is underwater with Democrats. In other words, Kari Lake, or another well-known Republican candidate, would likely be favored to win a three-way election.

In many ways, it would be preferable for Kari Lake to be governor of Arizona to clean up elections in the state, but she can either wait another four years for another shot or launch a campaign for U.S. Senate next year. She’s already run a statewide race and is well-known by the party.

So, we’ll have to wait and see, but if there’s anything we can say right now, it’s that Sinema’s attempt to save her political career could be the GOP’s ticket to flipping the seat back to the GOP.

Horowitz: Ron DeSantis succeeds on education where other Republicans failed for decades
Remember When the Media Blamed Trump for George Floyd’s Death?
Congress would be forced to use veterans’ health care under proposed GOP bill that aims to highlight VA issues
Arizona’s Katie Hobbs Halts Executions of Over 100 Murderers – Here’s Who She’s Sparing
“Kick In The Face” – Soldiers Fired For Refusing COVID Vaccine Forced To Pay Back Signing Bonuses