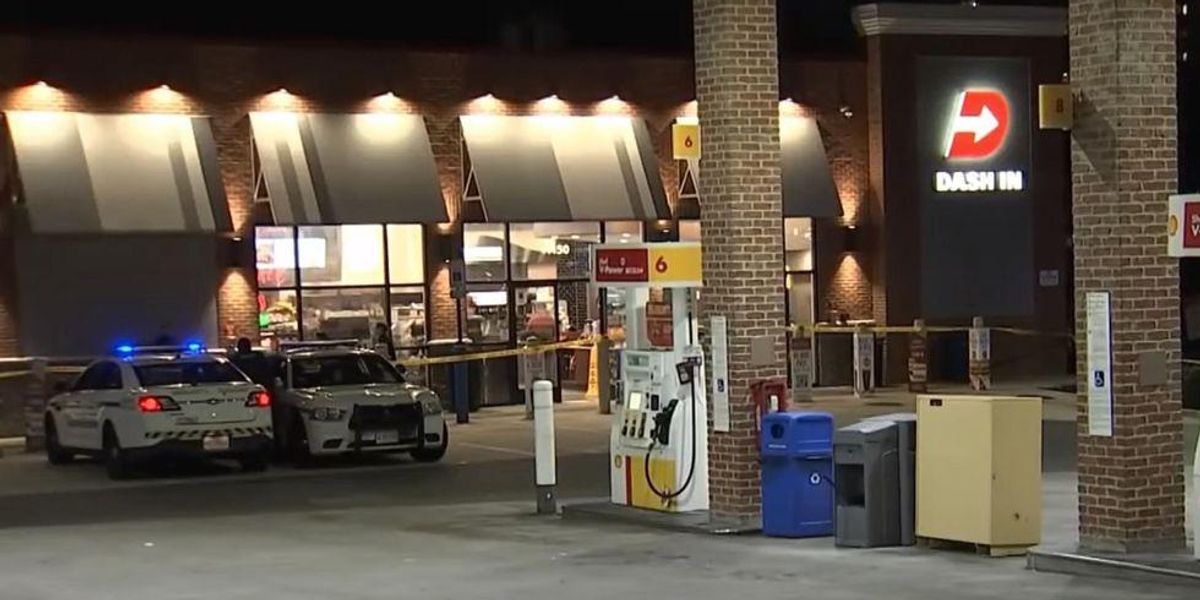 Maryland police searching the apartment of a suspect in the shooting death of a gas station clerk said they found the decomposing body of a pregnant women, said the Montgomery County Police Department.

On Thursday at about 3 p.m., police responded to a call of a shooting at the Dash In convenience store in Montgomery County and found Ayalew Wondimu, a 61-year-old employee of the store, with gunshot wounds. He was pronounced dead at the scene.

Police said that they identified a suspect, 31-year-old Torrey Moore, in the shooting. They said Moore had entered the store, grabbed some items, and gone to the counter.

“For reasons unknown at this time, a verbal altercation occurred between Moore and Wondimu,” said a police statement. “This altercation quickly escalated into a physical altercation, at which point, Moore pulled a handgun from his vest and shot Wondimu multiple times.”

Police obtained a search warrant for Moore’s apartment across the street from the store.

Inside the apartment, they discovered a dead person “in an advanced stage of decomposition.” When they questioned Moore, he allegedly told investigator’s that the woman had been eight months pregnant when she died. He also said he had been in a relationship with her, according to police, but had gotten into a fight with her that led to her death.

Moore was arrested and charged with first-degree murder and possession of a firearm while committing a felony. Authorities said they may file additional charges based on the outcome of the investigation into the death of the pregnant woman.

The gas station was located on a very busy street and residents nearby said they were shocked at the shooting and felt unsafe.

New Poll Finds Significant Number Of Democrats Doubt Joe Biden’s Mental Fitness For Office
Air Force General Predicts U.S. Will Be At War With China In 2025: ‘I Hope I Am Wrong’
18-Year-Old Freshman Dies Suddenly After Collapsing During Workout
On Tomboys and Sissies
American Fashion Model Jeremy Ruehlemann Dead at 27