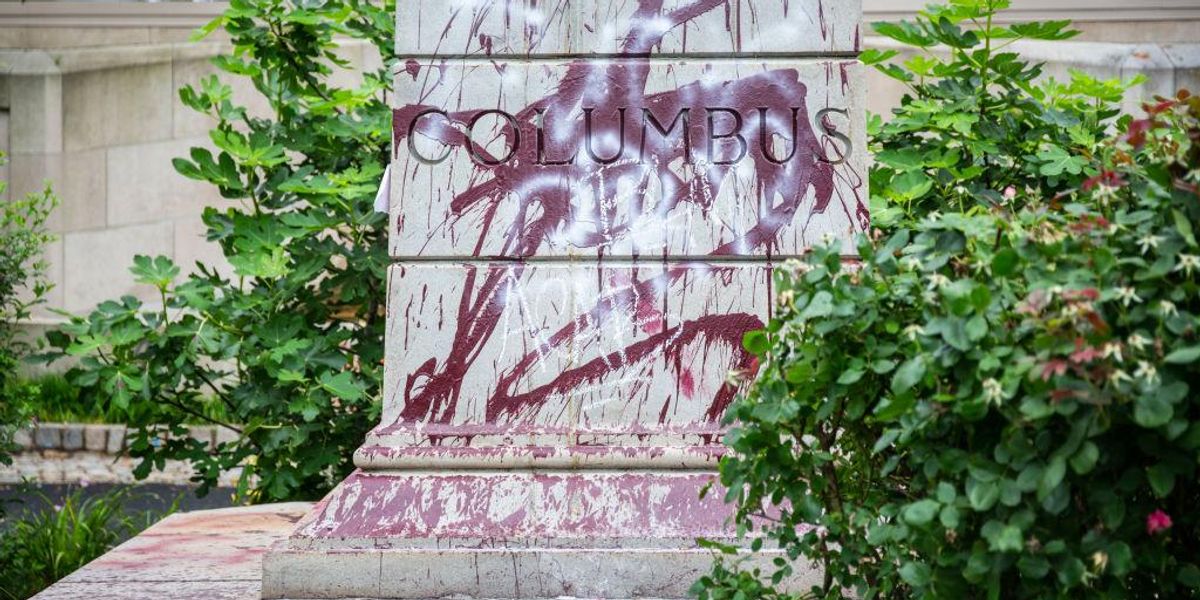 A statue of Christopher Columbus has been given away to an Italian-American organization, reports WRIC, two years after being toppled in Richmond, Virginia.

The statue, which was situated at Byrd Park in Richmond, was torn down by protesters in 2020 during a national crime spree attacking historical monuments, statues, and landmarks. Some cities, such as Chicago, willingly took down statues of Columbus and other historical figures for ideological reasons, often under cover of darkness.

The statue was dragged and subsequently thrown in the nearby lake, making it the second historical monument destroyed by Virginian protesters that week.

Despite the largely-unrelated reasoning for the statue’s destruction — the George Floyd incident — Richmond has decided to give the statue away to the Italian-American Cultural Association of Virginia, which has celebrated the acquisition in the its newsletter.

“Since September, things have moved quickly as I have been in negotiations with the City to finalize the transfer of the Columbus statue to our organizations for safekeeping, evaluation and placement,” said member John Corritone.

“One day people [will] safely enjoy Columbus as a work of art & again appreciate its symbolic history for all Americans,” he continued.

Estimated repairs of the statue are between $5,000 and $7,000 according to the cultural organization.

The Virginia Museum of History and Culture has also allegedly expressed interest in showcasing the statue in an upcoming 2026 exhibition called “Immigration in America.”

Along with supporting scholarships at Virginia Commonwealth University, the IACA says that its purpose is to share “positive influences Italian-American culture has had upon the development of our society.”

The website invites people “from every nationality, race and religion” to enjoy Italian culture.

At the time of the original desecration of the statue, Mayor Levar Stoney was sympathetic to the rioters, yet urged that the removal of the statue should have been done with the assistance of local government.

“The atrocities inflicted upon indigenous people by Christopher Columbus are unconscionable,” she wrote. “But the decision & action to remove a monument should be made in collaboration w/the community,” he clarified.

Richmond does not observe Columbus Day but rather Indigenous Peoples Day, which is on the same day.