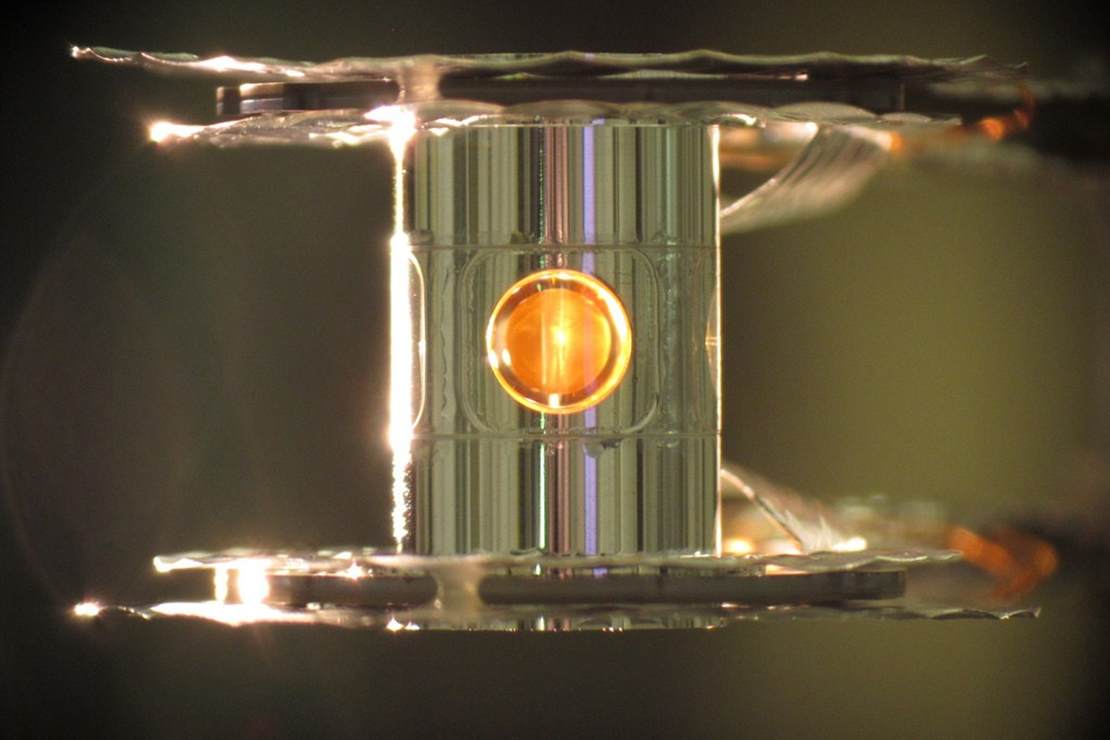 The Department of Energy will announce today that the National Ignition Facility (NIF) in Livermore, Calif., has ignited controlled nuclear fusion that resulted in the experiment making more energy than it uses.

“This is a monumental breakthrough,” says physicist Gilbert Collins of the University of Rochester in New York and a former collaborator at NIF. “Since I started in this field, fusion was always 50 years away…. With this achievement, the landscape has changed.”

Actually, while this is a “monumental breakthrough,” it’s hardly a game changer. A workable commercial fusion reactor may not be 50 years away, but unless the government pours money into development, it’s going to be several decades before a city is powered by fusion energy.

Still, scientists will look back on this day the way we look back to the first nuclear chain reaction that scientists achieved at the University of Chicago in December of 1942. That feat changed the landscape of nuclear science and led to nuclear reactors generating power for tens of millions of people.

Generating energy the same way the sun does — by fusing hydrogen atoms together and creating a heavier helium atom — is extremely difficult to achieve. Unlike fission, which is the splitting of atoms, fusion requires high temperatures and high pressure to squeeze the atoms together. On the sun, intense, crushing gravity creates pressure enough to overcome the nuclear forces and fuse the atoms.

At the National Ignition Facility, 192 lasers directed at a small pellet of fuel provided a blast of energy that did the trick instead. The result was a burst of fusion energy that, though brief, was more than the laser energy that instigated the reaction, says physicist Carolyn Kuranz of the University of Michigan in Ann Arbor, who was not involved with the research. While the total energy released by the experiment has not been made public yet, it exceeded the 1.3 million joules of energy produced by an earlier NIF experiment that marked the first time the team managed to ignite nuclear fusion (SN: 8/18/21).

But this latest fusion burst still didn’t produce enough energy to run the laser power supplies and other systems of the NIF experiment.

Indeed, we’ve still got a long way to go before commercial fusion reactors become a reality. That’s because the energy generated in this experiment was extremely brief and didn’t really amount to much — about 120% of the energy in the lasers. Scientists refer to that ratio between input and output as the Q value.

“Once you take into account the other energy requirements for a power plant system, the heating systems, Q greater than one at reaction level is not commercial fusion,” he said. “I think it’s really important that the market understands we need to go further than that.”

“We now have a laboratory system that we can use as a compass for how to make progress very rapidly,” says Collins. Some scientists believe this breakthrough is comparable to the invention of the transistor or the Wright Brothers’ first flight. Within 20 years of the invention of the transistor, they were being used in radios, televisions, and primitive computers. And within 20 years of the Wright Brothers, Charles Lindbergh flew across the Atlantic.

Where will fusion power be 20 years from now?