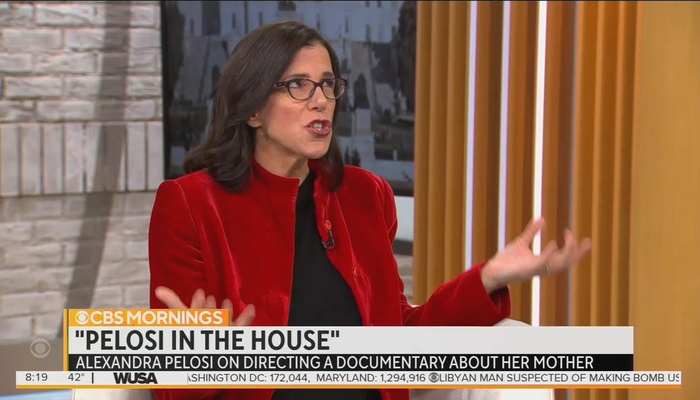 People in the “news business” are very upset that interest in their work is fading, and business isn’t booming. But in sharply divided times, the “news” too often sounds like it goes from one extreme to another. It comes across as either viciously negative or mawkishly positive. It feels less like information and more like propaganda.

On December 12, CBS Mornings gushed over filmmaker Alexandra Pelosi, who’s made a series of political documentaries for HBO. But the latest is Pelosi in the House, a valentine to her mother and her career. This isn’t a first for HBO. Ten years ago, Rory Kennedy made a film about her mother Ethel, the widow of Robert F. Kennedy. At least, Ethel Kennedy didn’t have her own political legacy to promote. But these are more like home movies. What makes them interesting is daughters making films about their mothers. 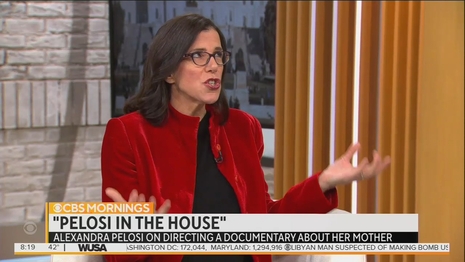 Tony Dokoupil, one of the CBS morning “news” hosts, began “The documentary is fantastic. It is incredibly engaging…It is nonstop, watchable television for sure.” But the Speaker’s daughter was bitter, not just at the menace felt in the January 6 riot, but at the October home invasion and hammer attack on her father Paul Pelosi. She complained “hundreds of millions of dollars have been spent to demonize Nancy Pelosi over the years.”

This doesn’t make her unique. Hundreds of millions of dollars and endless hours of “news” have demonized the Trump family. Partisans have demonized the Reagans, the Bushes, the Clintons, and so on. But no one at CBS was going to curtail this rant, and no one was going to wonder out loud how the attack on her father happened – in the presence of police. Conservatives had to be blamed.

“It’s really sort of a sad reflection of where we’ve come. It’s what social media has done to this country. It is really destroying the fabric of our culture,” Alexandra Pelosi lamented. “But these threats have been there for a long time, because there’s a whole political-industrial complex that went and turned my last name into a curse word.” She claimed all this “misogyny” has been unfair to her mother, who thinks of politics as a “noble calling.”

Then CBS co-host and Democrat donor Gayle King oozed, “There’s a line in the documentary where you ask your mom, ‘How do you make peace with the fact that because of the work you do people want to kill you?’ She says, ‘I have my faith. I didn’t choose this job. This job chose me.’”

The idea that Nancy Pelosi didn’t burn with ambition to be Speaker of the House – twice – is ridiculous. The idea that Alexandra isn’t political while they push this spin is even worse. The idea that HBO and CBS are not part of a Democrat “political-industrial complex” that trashes Republicans is absurd.

Political people know that politics isn’t always noble. Dividing and demonizing is often how you win the game and get the votes. Democrats and their media enablers do plenty of that. Blaming conservatives across America for the Paul Pelosi attack before all the facts are in is just the latest attempt.