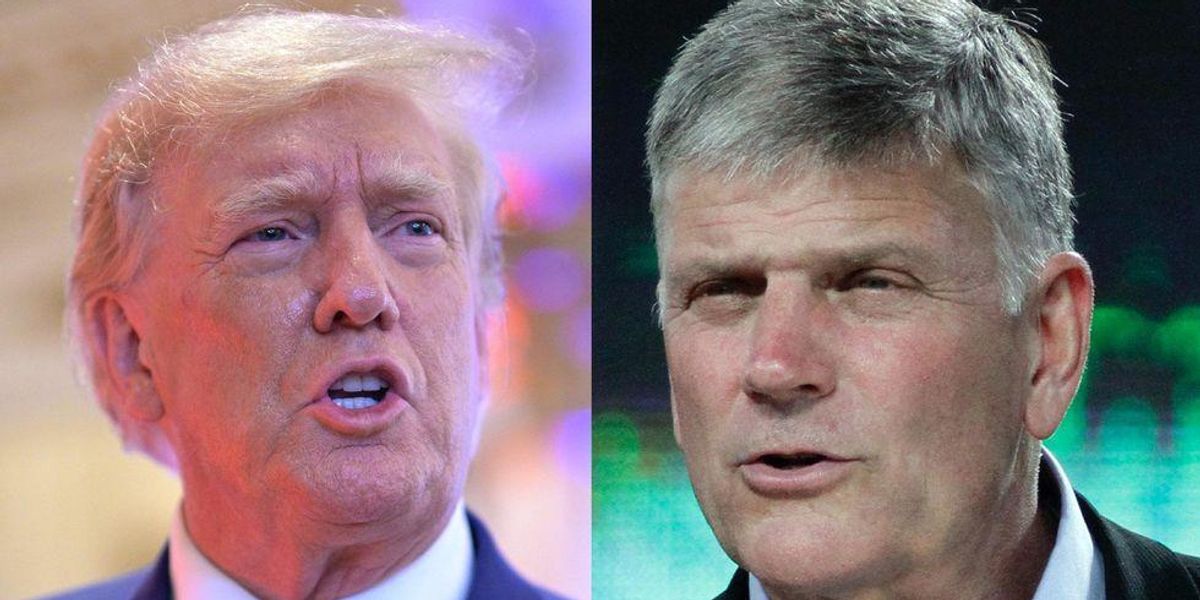 Evangelist Franklin Graham said he wouldn’t endorse anyone for the Republican nomination for the 2024 presidential election when he was asked about former President Donald Trump’s campaign for the presidency.

Graham made the comments during a ribbon-cutting ceremony with former vice president Mike Pence at the Billy Graham Library on Tuesday.

“So I’m just disappointed in politics in America. When you think of the divisions that we have. We need to be coming together to try to solve the problems that we face as a nation,” he added.

“And there just seems to be so much division,” Graham continued. “And it’s not just division but there’s almost a hatred that I haven’t seen before in politics and it’s very disturbing to me and I think the only hope for this nation is God.”

When asked specifically asked about Trump’s campaign for the presidency, Graham said he was staying out of the debate.

“I’m staying out of the Republican primary and debate and that sort of thing,” he laughed.

“And I hope that his role in serving this nation is not finished,” he concluded.

When prompted about whether he was endorsing Pence, Graham said they were going inside to have some fried chicken.

Graham has not been as shy in the past in his support for the former president.

In 2016, he said that he would not endorse Trump but
defended evangelicals who were able to vote for him despite his bragging about his sexual exploits and the accusations of extramarital affairs made against him. After the election, Graham suggested that God had interfered in the election, not Russia, as an answer to prayer.

When Trump lost the 2020 election,
Graham said he would go down as one of the greatest presidents in U.S. history. Graham also scolded the few Republicans who voted to impeach Trump after the rioting at the U.S. Capitol on Jan. 6 and compared them to Judas Iscariot, who betrayed Jesus Christ.

“It makes you wonder what the thirty pieces of silver were that Speaker Pelosi promised for this betrayal,” wrote Graham.

Here’s the video of Graham’s statement: