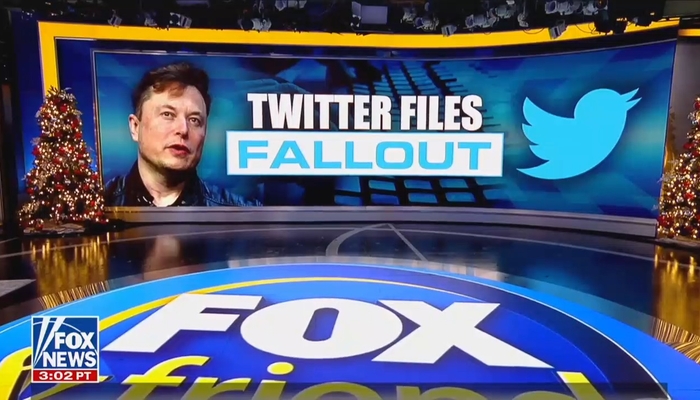 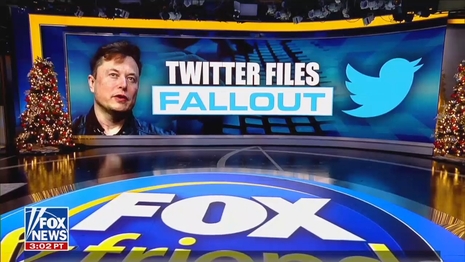 According to the avalanche of posts by reporters Matt Taibbi and Bari Weiss, and writer Michael Shellenberger, to whom new Twitter owner and CEO Elon Musk provided access to internal communications, Twitter massively “shadow-banned,” restricted and even flat-out blocked access to conservatives and conservative content.

So, how does the anti-Donald Trump and the anti-conservative Left ignore and even justify this nefarious practice? How do they completely ignore real “election interference” and this blatant attack to manipulate information to alter what we read, how we think and how we vote?

The same leftists who dismiss the Twitter expose on the grounds that “it’s a private company” see no problem using government to compel a private company to provide health insurance, minimum wage, racial diversity and sensitivity training, paid medical and family leave or to require at least one female on its Board of Directors (a California law that was struck down as unconstitutional promptly followed by California Gov. Gavin Newsom signing another bill that requires at least one member of the “disadvantaged” community to be on the board of a private publicly held company, headquartered in California.)

It’s one thing to suppress conservative content and conservatives, it’s another not to tell them — and it’s another level of evil to deny that they do it. Fox News writes: “CEO Jack Dorsey and top Twitter employees, as well as members of the liberal media, have repeatedly claimed over the years that the social media company did not ‘shadow ban’ users or secretly censor conservative accounts.

“Yet, the second installment of the ‘Twitter Files’ released Thursday (Dec. 8) revealed a comprehensive system and internal communications in which the social media site created SECRET (emphasis added) ‘blacklists’ that applied to certain users and tweets, many of which leaned right politically.”

Consider this July 2018 statement by Twitter product lead Kayvon Beykpour and Twitter lawyer Vijaya Gadde who said “we do not shadow ban”: “You are always able to see the tweets from accounts you follow (although you may have to do more work to find them, like go directly to their profile). And we certainly don’t shadow ban based on political viewpoints or ideology.”

In August 2018, in an interview with Fox’s Sean Hannity, Twitter founder, then-owner and CEO Jack Dorsey was adamant: “We do not shadow ban according to political ideology or viewpoint or content. Period.”

Dorsey, in a 2018 interview with CNN’s media critic Brian Stelter, was equally emphatic: “Are we doing something according to political ideology or viewpoints? And we are not. Period. We do not look at content with regards to political viewpoint. We look at behavior.”

In September 2018, Dorsey appeared before the House Energy and Commerce Committee where this exchange took place:

Rep. Mike Doyle, D-Penn.: “I want to read a few quotes about Twitter’s practices and I just want you to tell me if they’re true or not. Social media is being rigged to censor conservatives. Is that true of Twitter?”

Doyle: “Are you censoring people?”

“No establishment left-liberal voice ever is.

Given that much of Left/Dems/liberal media/Hollywood/academia/Big Tech think of most conservatives — to quote Biden — as “semi-fascists,” they view suppression of conservatives and conservative content on social media as an act of patriotism.

But on one level, this corroboration that social media suppresses conservative content and therefore stifles the exchange of differing ideas and opinion is good news. This means that the American Left is not quite as blind on many issues as conservatives think. The American Left cannot know what they are prevented from knowing by those who believe they know better.

Larry Elder is a bestselling author and nationally syndicated radio talk-show host. To find out more about Larry Elder, or become an “Elderado,” visit www.LarryElder.com. Follow Larry on Twitter @larryelder. To read features by other Creators Syndicate writers and cartoonists, visit the Creators Syndicate webpage at www.creators.com.

Are We Talking Our Way Into a Debt Ceiling Catastrophe?
British police hiring illiterate officers, some with criminal backgrounds, in hopes of meeting diversity quotas: Report
Is the Trans Cult Putting the Nation’s Blood Supply at Risk?
Beetroot juice found to “significantly increase muscle force during exercise”
KDJ Unwoke Cocktail of the Week – The NO POMEGRANATES!