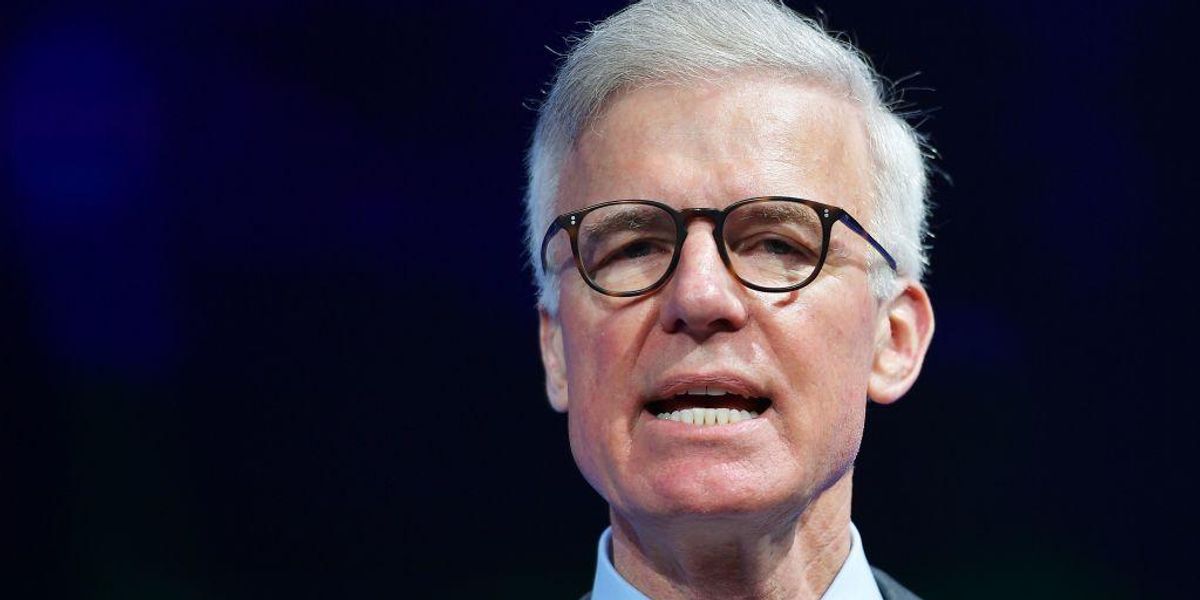 The chief executive of Jeff Bezos’ Washington Post held a town hall on Wednesday, informing panicked staff that under ten percent of the workforce would be getting the boot.

Fred Ryan, the paper’s CEO and publisher, noted that the the cuts, which will likely affect the newsroom, will take place in the first quarter of 2023.

The announcement comes just two weeks after the paper revealed it would be scrapping its stand-alone Sunday print magazine and ousting 10 newsroom employees plus a dance critic, citing “economic head winds.”

Ryan said in a company-wide meeting Wednesday that the coming layoffs will likely amount to a “single-digit percentage,” but provided hope to those in positions “no longer serving readers” that they might take refuge in new roles.

“For those people whose positions will be eliminated, this will be a difficult time,” Ryan suggested.

The paper’s chief communications officer, Kathy Baird, later stated there would not, however, be a “net reduction in Post head count,” reported Deadline.

When the CEO began angling for the exit, staff yelled out concerns and questions.

Ryan made it clear he had no intention of engaging, saying, “We’re not going to turn the town hall into a grievance session.”

“Fred, you talked about positions getting eliminated. What are you going to do to protect people’s jobs? Are they going to be treated like the magazine staffers were?” asked one employee, referencing the abrupt firing of the Sunday print magazine’s employees.

“We’ll have more information as we move forward,” answered Ryan, as he moved forward and out the door.

u201cToday, we came into WaPou2019s so-called town hall with questions about recent layoffs and the future of the company. nnOur publisher dropped a bombshell on us by announcing more layoffs and then walking out, refusing to answer any of our questions.u201d

In a subsequent statement, the paper’s guild said, “This behavior is unacceptable from any leader, but especially the leader of a news organization whose core values include transparency and accountability.”

The guild, whose Twitter banner image demands a “Diverse, Inclusive & Fair Washington Post,” tweeted that its members “won’t let” Ryan “turn his back on workers with urgent questions and valid concerns.”

“Washington Post employees … must be part of any transformation to this company. Stay tuned,” wrote the guild.

While Axios indicated the paper — whose slogan is “Democracy Dies in Darkness” — is not expected to turn a profit this year, it will still manage to keep the lights on.

Baird added in her statement, “We are planning to direct our resources and invest in coverage, products, and people in service of providing high value to our subscribers and new audiences.”

According to Axios, the paper’s newsroom doubled in size during Ryan’s time as CEO and now exceeds 1,000 employees.

‘Unwoke’ With Kevin and Kruiser #60: Can Diversity Dems Ditch Kamala?
Anti-Semitic MSNBC Claims Israel Turned West Bank Into An Apartheid
Serial predator R. Kelly won’t face state charges in Illinois: ‘We believe justice has been served’
‘Black people can harbor anti-Black sentiments’: CNN commentator argues former officers charged in Tyre Nichols’ death could have been influenced by racism
Dr. Simone Gold countersues AFLDS board for suing her over claims that she misrepresented herself as group’s head