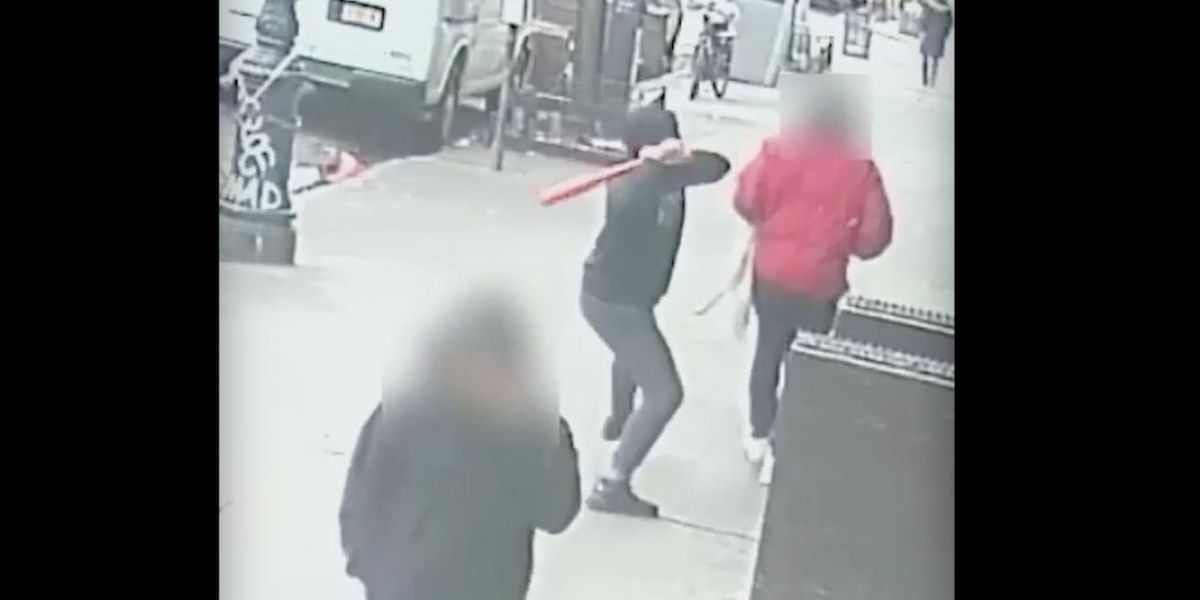 The suspect accused of bashing a man from behind in a brutal New York City baseball bat attack caught on surveillance video was released from jail less than 24 hours after his arrest — and on just $7,500 bail.

The viral video of the attack shows a man with a face covering and dressed in a black hoodie, dark grey pants, and black shoes pulling a bat from his pants, walking up behind a 47-year-old man near Amsterdam Avenue and West 148th Street in Harlem in late November, and hitting the man in the back of the head with the bat, Fox News reported.

After the victim falls to the sidewalk, the suspect is seen walking away — but then returning and appearing to yell at and stomp on the victim, the cable network said.

The victim was taken to a hospital and was in stable condition, Fox News said, adding that police said the victim suffered multiple injuries, including bleeding on the face and head, swelling on the back of the head, a facial cut, and a laceration about the front of head.

While authorities haven’t disclosed a motive for the attack, Fox News — citing the New York Post, citing police sources — said the suspect and victim were verbally arguing just before the attack.

What happened to the suspect?

Karim Azizi, 36, was arrested Wednesday morning in connection with the attack and charged with assault, attempted assault, and criminal possession of a weapon, the cable network said.

However, Azizi’s attorney told Fox News his client was arraigned Wednesday afternoon and then released from jail early Thursday morning after Azizi’s girlfriend made bail.

While prosecutors asked the court to set Azizi’s bail at $40,000 because of the violent nature of the attack, the cable network — citing the Manhattan District Attorney’s Office — said the court instead set bail at $7,500.

The suspect has no prior criminal history, but Fox News said prosecutors characterized him as a “flight risk” after allegedly leaving the scene of the Nov. 29 baseball bat crime, which they said demonstrated “a likeliness to evade prosecution.”

Azizi’s next court appearance is scheduled for Monday, the cable network said.

‘That’s why’: Biden can’t hide his annoyance when reporter confronts him about taking blame for inflation crisis
Scientists to engineer woolly mammoth’s return by 2027
Inside The Gateway Pundit: Grant Stinchfield Interviews TGP Founder Jim Hoft (VIDEO)
Whoopi Defends China’s Spy Balloon: ‘We Spy on Them. They Spy on Us’
Tax-Funded Fuss: Christiane Amanpour and ‘V’ Curse ‘The Patriarchy,’ See Hope in Abortion