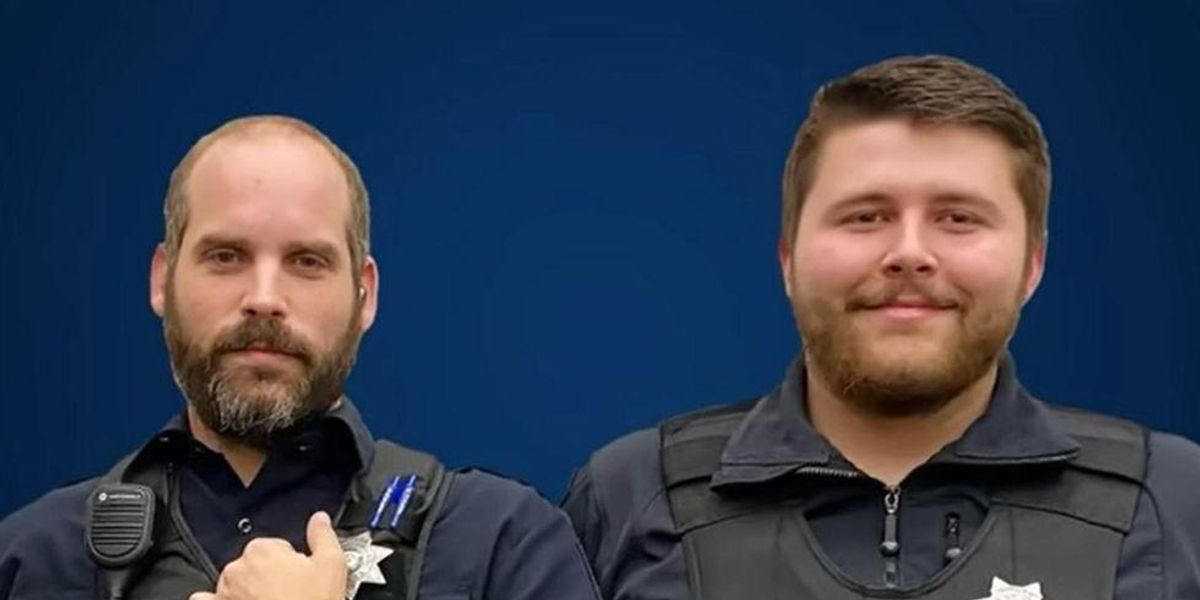 The community of Bay St. Louis, Mississippi, is in shock and grief right now after reports have surfaced that a local veterinarian gunned down two police officers in cold blood while a young girl looked on in horror.

At 4:30 a.m. Wednesday morning, Sgt. Steven Robin, 34, and Officer Branden Estorffe, 23, drove to the parking lot of a nearby Motel 6 to conduct a welfare check on Dr. Amy Anderson, a 43-year-old mother of three who practiced veterinary medicine. Anderson, who declared bankruptcy in 2017, was there parked in her SUV, and a 10-year-old girl was sitting in the car with her.

Robin and Estorffe conversed with Anderson for approximately 30 minutes when they decided to contact Child Protective Services on account of the girl. Investigators believe that decision to call CPS may have triggered an irrational response from Anderson because, minutes later, Anderson drew her gun and opened fire on the two officers. Robin died at the scene, while Estorffe was taken to the hospital in grave condition. He later succumbed to his injuries.

“A tragedy occurred here today in the city of Bay St. Louis as two of our finest officers’ lives were taken,” said Bay St. Louis police chief Toby Schwartz. “We are gathering facts and will ensure a thorough investigation into this matter.”

Anderson also died at the scene. She had taken a gunshot wound to the chest, though investigators and the local medical examiner are still working to determine whether the shot was self-inflicted or whether it came from return fire. One of the officers did manage to fire at least one round from his service weapon during the incident, WTOK has reported.

The young girl in Anderson’s SUV was unharmed in the shootout. Whether she is Anderson’s daughter has not been confirmed, and her current whereabouts are unknown.

Anderson graduated from Mississippi State University College of Veterinary Medicine in 2004 and had been working as a veterinarian ever since. About a month ago, she joined Lakeview Animal Hospital, and former colleagues were stunned by the deadly outburst. One colleague described Anderson as a “very, very compassionate person” who “cried over a bearded lizard” which had recently been treated at the clinic. Anderson grew up in Vicksburg, Mississippi, and had no criminal record.

On Thursday evening, the Bay Waveland School District is hosting a candlelight vigil in honor of the two fallen officers, and Police Chief Schwartz has asked everyone to pray for their families, as well as Anderson’s family. “They, too, are victims,” Schwartz noted. “They too will need the love and the support of their community.”

“You were patient, kind and living. The most selfless person I know. I don’t want this life without you. I love you forever Branden Estorffe,” Bartlett wrote.

Kruiser’s ‘Worst Week Ever’—The Increasing Appeal of a Not-So-Smart Flip Phone
Remember When the Media Blamed Trump for George Floyd’s Death?
Florida Man Friday: Get the Real Poop on His Late-Night Deposit at Joe’s Crab Shack
DeSantis team rips into the Daily Beast over claim  campaign recruited influencers: ‘A complete fabrication and you know it’
A&W Restaurants parodies announcement from M&M’s, jokes about putting jeans on cartoon bear because ‘even a mascot’s lack of pants can be polarizing’