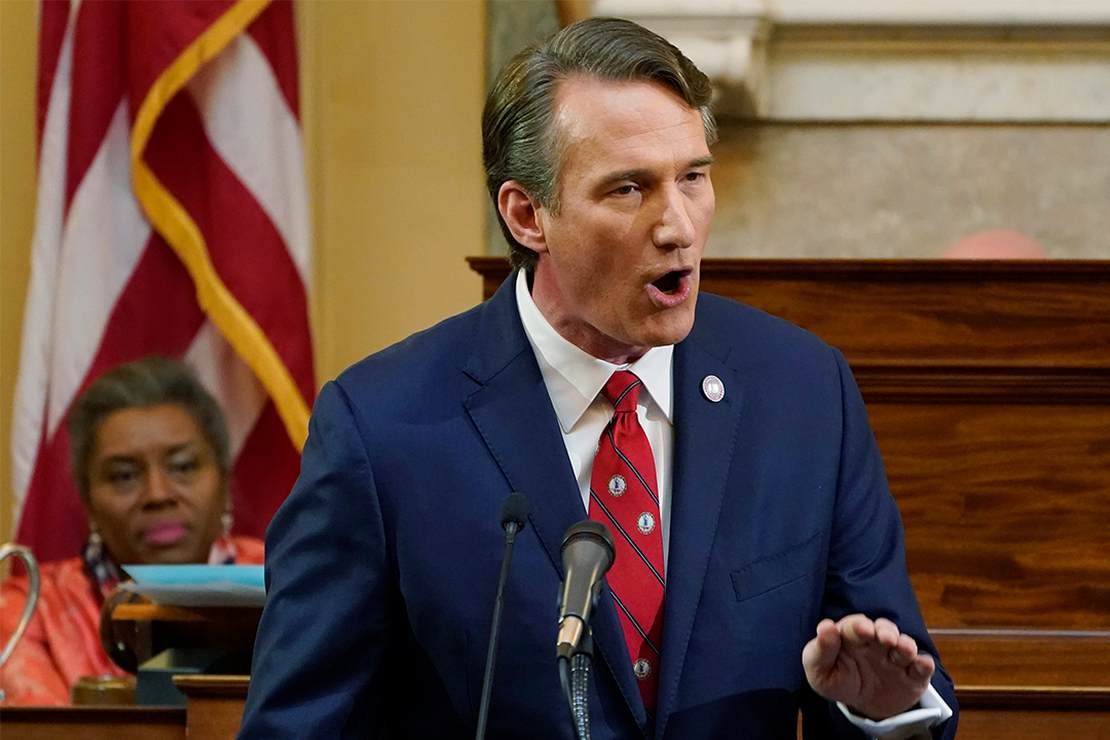 Then, the parents of school-age children got involved. McAuliffe confidently talked about leaving decisions about curricula and sex education in the hands of the experts — to wit, teachers. McAuliffe was shocked — as most of the left was — when ordinary parents strenuously objected. They not only showed up at school board meetings to voice their disapproval, but they also voted for a Republican governor who spoke their language about education, taxes, and other issues that Virginians were interested in.

Youngkin was elected, but he’s been hampered by a Democratic state Senate that has been resisting most of his proposals. Now, he is presenting a budget with tax cuts for businesses and individuals and a host of spending initiatives, including a “revolution” in the state’s mental health programs. He’s hoping this budget will help jumpstart a long-shot campaign for president in 2024.

The state has a $3.6 billion budget surplus. In addition to $1 billion in tax cuts, Youngkin wants to spend money to attract new business to Virginia, give bonuses to teachers and police, and invest in cleaning up the Chesapeake Bay.

But it’s Virginia’s mental health crisis that he appears to want to make his signature accomplishment. He says that Virginia needs a “revolution,” not an evolution in mental health services. In a speech to Democrats in the state Senate, Youngkin outlined some of the challenges facing mental health professionals in the state.

“Our jails, emergency rooms and hospitals are filled with people in mental health or substance abuse crises. Law enforcement is overwhelmed, our teachers are burnt out, our health care heroes are at their wits end, parents and families feel lost and alone, and too many Virginians are afraid,” Youngkin said.

The first step in the governor’s 3-year plan is to boost same-day care for people experiencing behavioral health crises.

He’s requesting $20 million dollars in the next budget to deploy more than 30 new mobile crisis teams across the state that would respond to emergency calls. He also will ask the General Assembly to approve $58 million to expand the number of crisis receiving centers in the state.

These are places where people in mental health crisis can immediately go instead of hospital emergency rooms or county jails, where many wind up when their situation prompts a law enforcement response.

As it stands right now, all Youngkin has to present to Republican primary voters is “I won Virginia,” Iowa Family Leader CEO Bob Vander Plaats, an influential voice in Republican circles in Iowa, points out.

Youngkin may have won a purple state, but several high-profile red state governors are also looking to make a run, including Ron DeSantis in Florida, Chris Sununu in New Hampshire, and Kristi Noem of South Dakota, among others. His national profile took a hit when he backed several midterm candidates who failed to win. He publicly campaigned with at least 15 Republican candidates for governor between July and early November, including Arizona’s Kari Lake and Michigan’s Tudor Dixon. Just five of those candidates won.

The ultimate questions for Youngkin become: who would vote for him and why? Sure, he’s a centrist who does well with conservatives and moderates but are Republicans really ready to embrace a non-confrontational candidate who believes in bipartisanship?

John Fredericks, a conservative radio host in Virginia, put it succinctly: “What does Youngkin bring to the table? He doesn’t have a record in Virginia to run on, and before that, he was CEO of a company that was shipping jobs to China.”

Francis Rooney, a businessman, major GOP donor and former congressman and ambassador, disagrees. Rooney, who also attended the retreat and whose company has donated to Youngkin, credits the governor with notching economic development wins, sparking a parents’ rights “movement” in education and signing into law a budget that included tax cuts as well as raises for teachers and law enforcement.

Kristin Davison, a political adviser to Youngkin, said people across the country see the governor as “an example of leadership and the future of the Republican Party.” She also noted his administration’s efforts to improve government efficiency, boost funding for school construction and historically Black colleges and universities and end classroom mask mandates.

“It’s one thing to win an election and give a good speech. Governor Youngkin is showing Americans what it means to deliver results,” she said in a statement.

That remains to be seen. Meanwhile, unless lightening strikes Donald Trump and Ron DeSantis, Governor Youngkin should save his money and wait a few years.