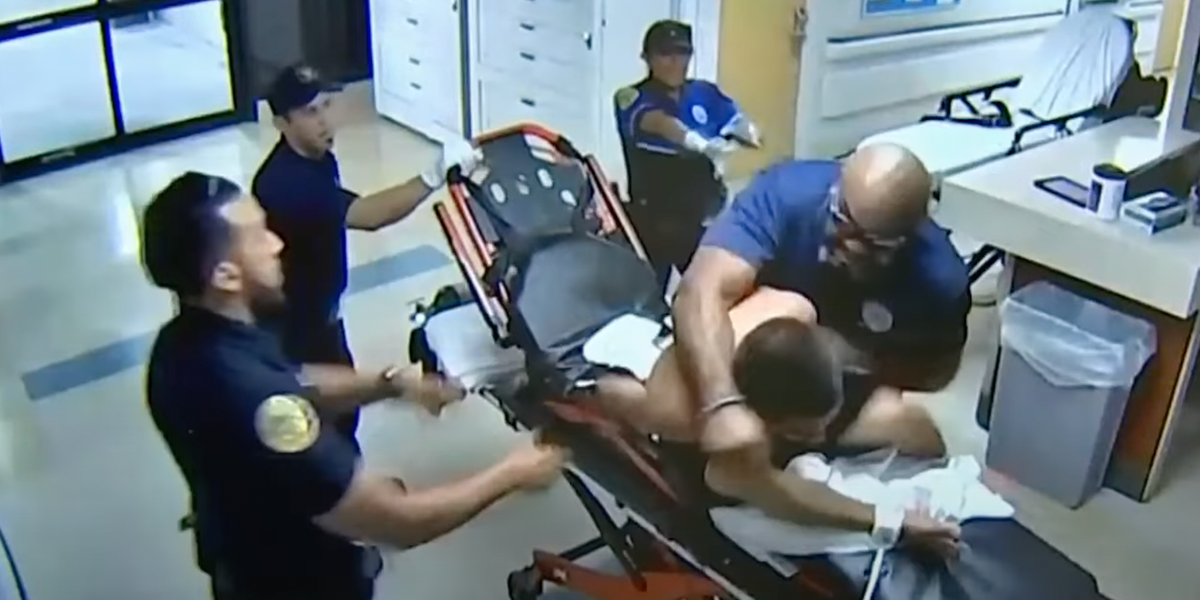 A Miami firefighter told WTVJ-TV he has no regrets after he was caught on video repeatedly punching a handcuffed patient who spit at him in a hospital in October.

Video shows the patient — identified in a police report as Antonio Cruz — brought on a stretcher to the Jackson Memorial Hospital emergency room after consuming cocaine and heroin, the station said.

Cruz was “agitated and screaming to the rescue personnel,” police said, according to WTVJ, which added that Cruz is seen in the video spitting in the direction of a firefighter’s face.

The City of Miami Department of Fire-Rescue said in a statement that the firefighter — Robert Webster, a lieutenant — was immediately relieved of duty following the Oct. 15 incident, WTVJ reported, and an investigation commenced.

Webster told WTVJ he doesn’t regret his actions — and added that “if he never knew the consequence of spitting in a grown man’s face, then consider my actions public education and this video a [public service announcement].”

WTVJ said Webster spoke to the station in 2019 about an incident two years prior when he found nooses hanging over his family pictures at the fire station.

“I want justice, I want to love this job again,” Webster said then, according to the station.

UKRAINE WAR: Here Comes the Russian Wave
Trump Exposed His Fear of DeSantis in 2024
EAT MORE BUGS EXCLUSIVE: Natural News releases high-magnification cricket snacks, cricket flour and whole cricket microscopy photos from the lab
The War Against Battle Re-Enactments Is a Blow to History and Tradition
MSNBC On 1619 Project Critics: ‘The Criticism Is Not Legitimate’