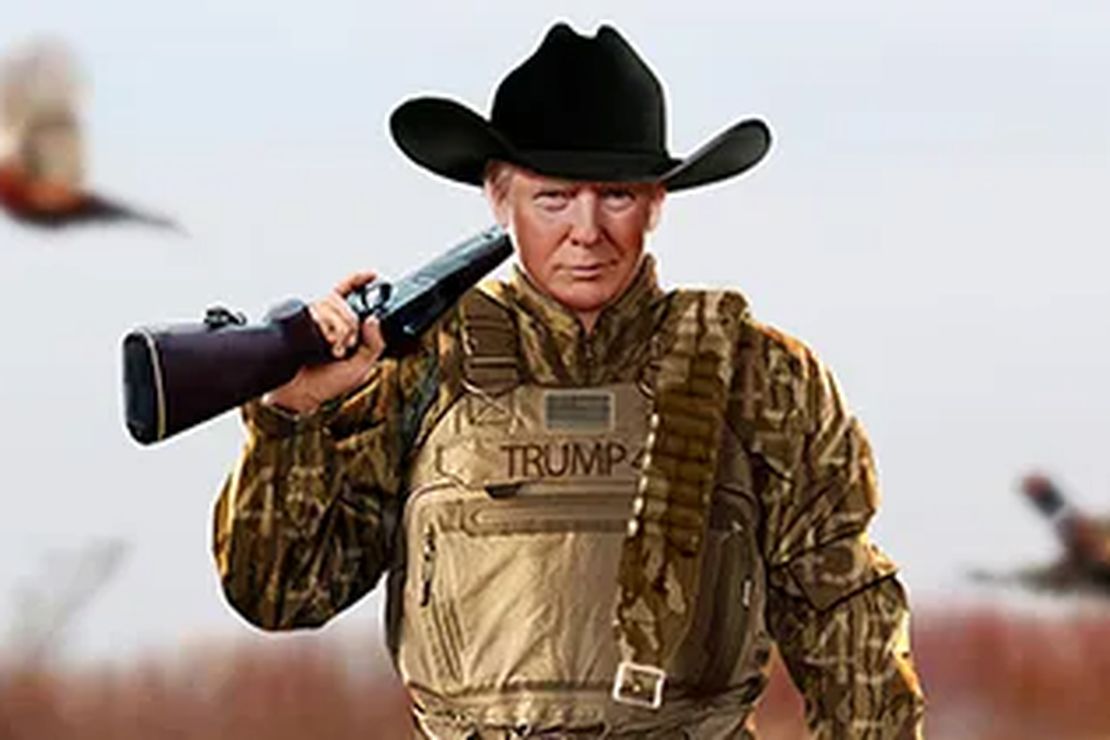 Social media was all abuzz on Wednesday after former President Donald Trump teased a “major announcement” on Truth Social.

“AMERICA NEEDS A SUPERHERO! I will be making a MAJOR ANNOUNCEMENT tomorrow. Thank you!” he posted, along with a video featuring himself stylized as a superhero, á la Superman. 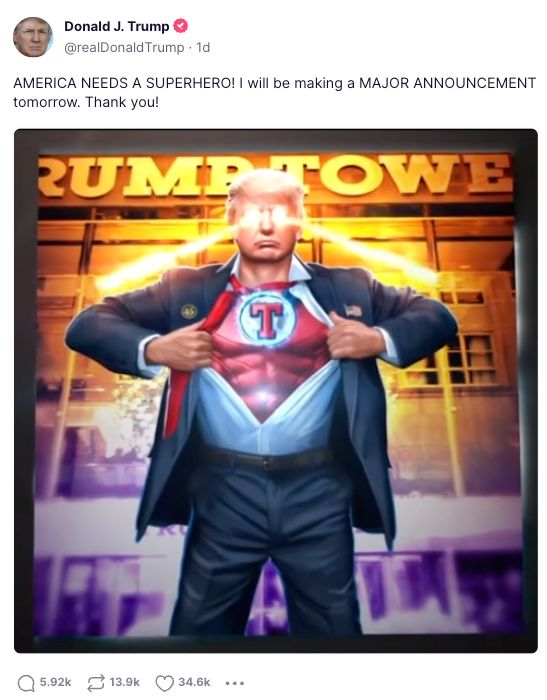 Having already announced his presidential candidacy last month, it was anyone’s guess what the “major announcement” would be, and speculation was rampant. What was coming? A lawsuit? A Trump leg lamp? The announcement of his 2024 running mate? He certainly piqued our curiosity, and on Thursday, we finally found out what the major announcement is. 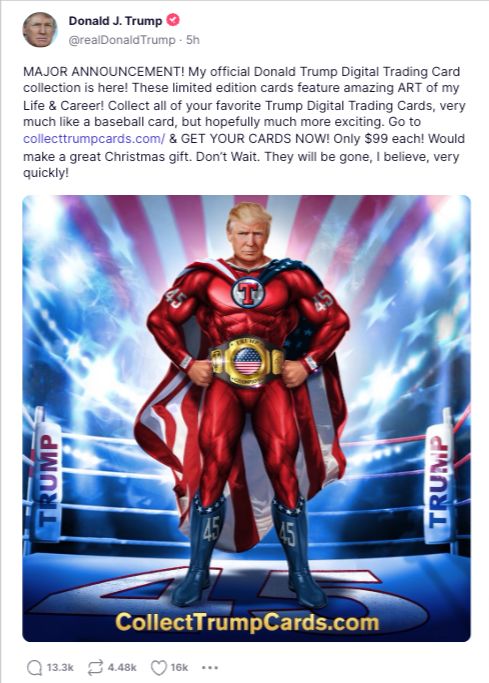 Well, that was underwhelming. Limited edition NFTs? Really? If you’re not familiar with NFTs, the acronym stands for non-fungible tokens, and if that doesn’t clarify it for you, I don’t blame you — I don’t understand them either. The BBC explains that they are “‘one-of-a-kind’ assets in the digital world that can be bought and sold like any other piece of property, but which have no tangible form of their own.”

They add, “The digital tokens can be thought of as certificates of ownership for virtual or physical assets.”

NFTs sure sound like a scam to me (and to many experts as well), but apparently, some NFTs can be bought and sold for millions of dollars. You can get your “limited edition” digital Trump cards for only $99 a piece!

“Go to collecttrumpcards.com & GET YOUR CARDS NOW!” Trump continued. “Only $99 each! Would make a great Christmas gift. Don’t Wait. They will be gone, I believe, very quickly!”

Look, as someone who really wanted Trump to make an epic comeback to clean up the mess Biden has made, I have to say this doesn’t look like the move of a serious candidate. Trump’s major announcement, as he likes to call it, is basically a fundraising scheme for his campaign. Maybe, in that respect, it’s “brilliant” because I’m sure there are plenty of Trump supporters willing to spend $99 a pop for meaningless digital tokens that have no actual value, but why not buy a MAGA hat instead? Something tangible? This “major announcement” just feels like a desperate plea for cash. 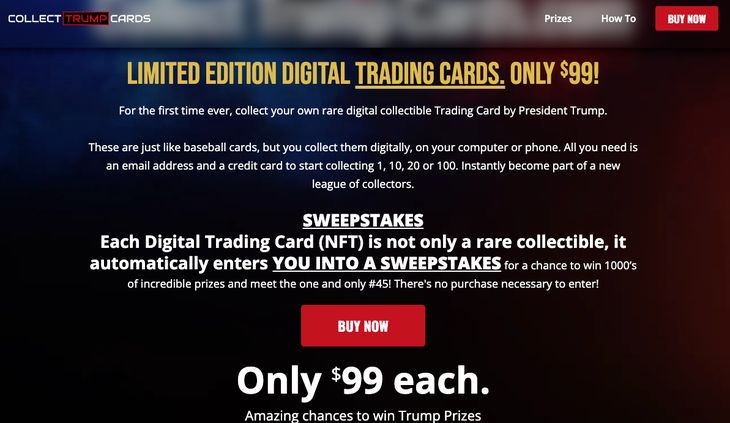 Related: How Does Donald Trump Turn This Around?

“Is he starting to think DeSantis will be the nominee, so he’s capitalizing on his hard core fan base?” asked conservative author John Mattingly. “This just seems odd at this time.”

Others think this move makes Ron DeSantis look even better.

“While Trump was launching his NFT collection, Gov. Ron DeSantis met with the victims of vaccine injuries to hold the federal government accountable for pushing those treatments,” journalist Ian Miles Cheong tweeted. “That’s what it comes down to.”

Radio host John Cardillo also slammed the move. “I supported Trump for years but this is ridiculous,” he tweeted. “Pushing a worthless NFT for $99 a week before Christmas on the heels of the #FTX collapse is beyond wrong. Calling it a ‘MAJOR ANNOUNCEMENT’ is just weird. Who advised him to do this?”

I don’t know the answer, but Cardillo is right. So far, Trump’s 2024 campaign has been underwhelming, and there’s a good reason why Gov. Ron DeSantis’s stock is rising in the party.