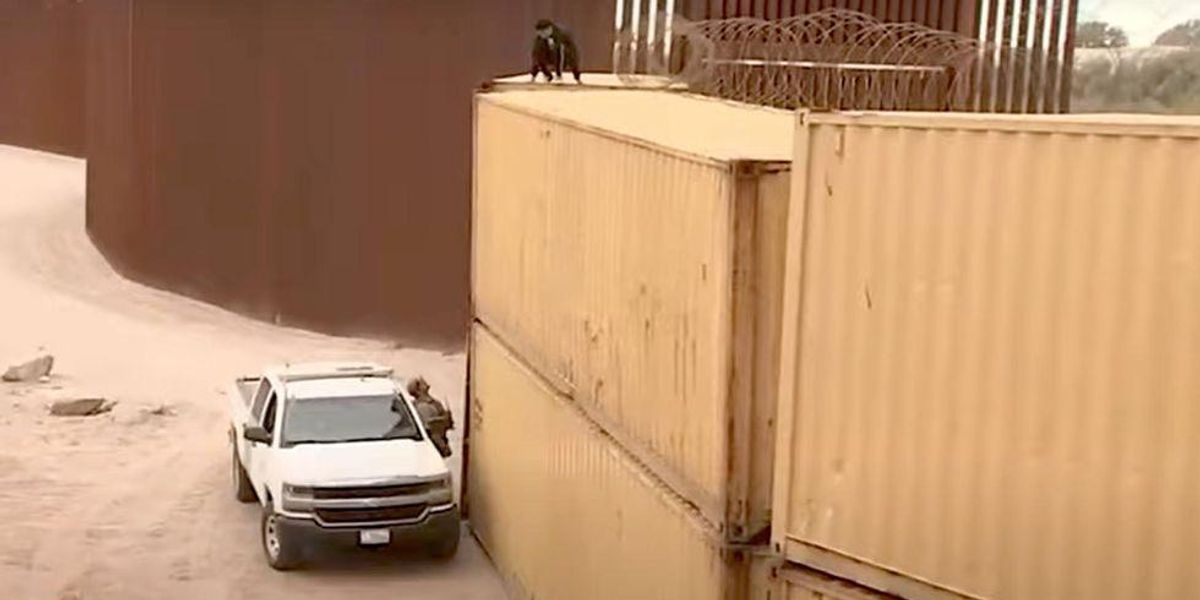 The U.S. Department of Justice filed a lawsuit against Republican Arizona Gov. Doug Ducey over his order to pile up shipping containers at the border to create a wall and deter illegal migrant crossings.

Ducey began filling gaps in the border wall with shipping containers stacked on top of each other in August. The Department of Justice objected to the policy, and Ducey filed a lawsuit in October to keep the container wall in place.

“Arizona is taking action to protest on behalf of our citizens,” he said at the time. “With this lawsuit, we’re pushing back against efforts by federal bureaucrats to reverse the progress we’ve made. The safety and security of Arizona and its citizens must not be ignored. Arizona is going to do the job that Joe Biden refuses to do — secure the border in any way we can. We’re not backing down.”

On Wednesday, the Department of Justice filed a lawsuit in an Arizona district court accusing the state government of acting unconstitutionally.

The government also argued that Ducey is violating the Supremacy Clause of the Constitution which says that federal laws take precedence over state laws when there’s a conflict between the two.

Ducey has said that the state has stacked about 130 shipping containers along 3,820 linear feet.

On Wednesday, Democratic Gov. Gavin Newsom said California was in a fiscal crisis over the number of illegal immigrants who had been sent to the state by the federal government.

Racializing the Death of a Black Man by the Police, Part I
Beauty company claims dictionary examples of the word ‘beauty’ are ‘limiting and exclusive,’ calls for change
After Attack on Israeli Synagogue, United Nations Displays Intense Hypocrisy
Inhumanity Was on Display in Memphis
Report: Nikki Haley to Announce for President February 15