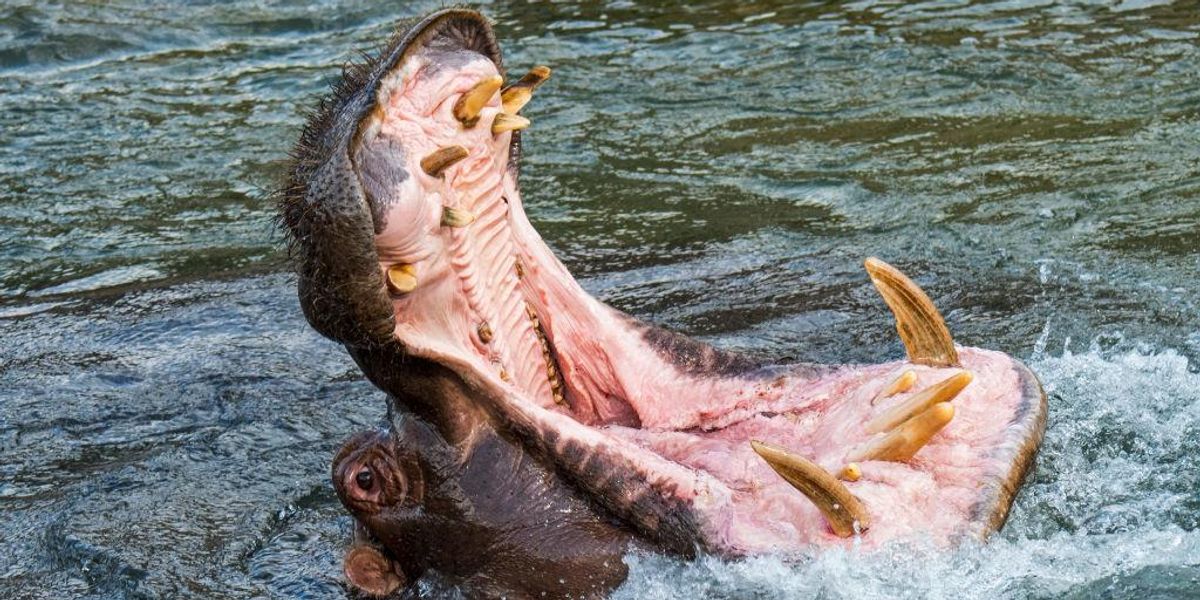 A two-year-old boy luckily survived a hippo attack in southwestern Uganda. A bystander may have saved the boy’s life with some quick thinking.

Around 3 p.m. on Dec. 4, 2-year-old Iga Paul was playing near the shores of Lake Edward. Suddenly, a hippopotamus attacked the boy who lives close to the lake.

The hippo reportedly grabbed the small boy by his head and “swallowed half of his body.”

“It took the bravery of one Chrispas Bagonza, who was nearby, to save the victim after he stoned the hippo and scared it, causing it to release the victim from its mouth,” according to the Uganda Police Force.

The 2-year-old boy suffered injuries from the hippo attack and was rushed to a local clinic. He was later transferred to the Bwera Hospital for further treatment. Paul received a precautionary vaccine for rabies, made a full recovery, and was released from the hospital.

Police warned: “Although the hippo was scared back into the lake, all residents near animal sanctuaries and habitats, should know that wild animals are very dangerous. Instinctually, wild animals see humans as a threat and any interaction can cause them to act strangely or aggressively.”

Authorities noted that this was the “first such kind of incident where a hippo strayed out of the Lake Edward and attacked a young child.”

The Wildlife Conservation Society estimates there are approximately 6,000 hippopotami in the Lake Edward area.

Hippos are the third-largest land mammal after elephants and white rhinos, according to the African Wildlife Foundation. Male hippos can weigh nearly 10,000 pounds, reach more than 16 feet in length, and be over 5 feet in height. Despite weighing nearly 5 tons, hippos can reach speeds of up to 20 mph and are excellent swimmers.

Despite being herbivores, hippos can become dangerously aggressive when they feel threatened. Hippos are one of the most dangerous animals – killing approximately 500 humans a year. The jaw of a hippopotamus can open at a 180-degree angle. Hippos have one of the strongest bites in the animal kingdom – a powerful 2,000 pounds per square inch.