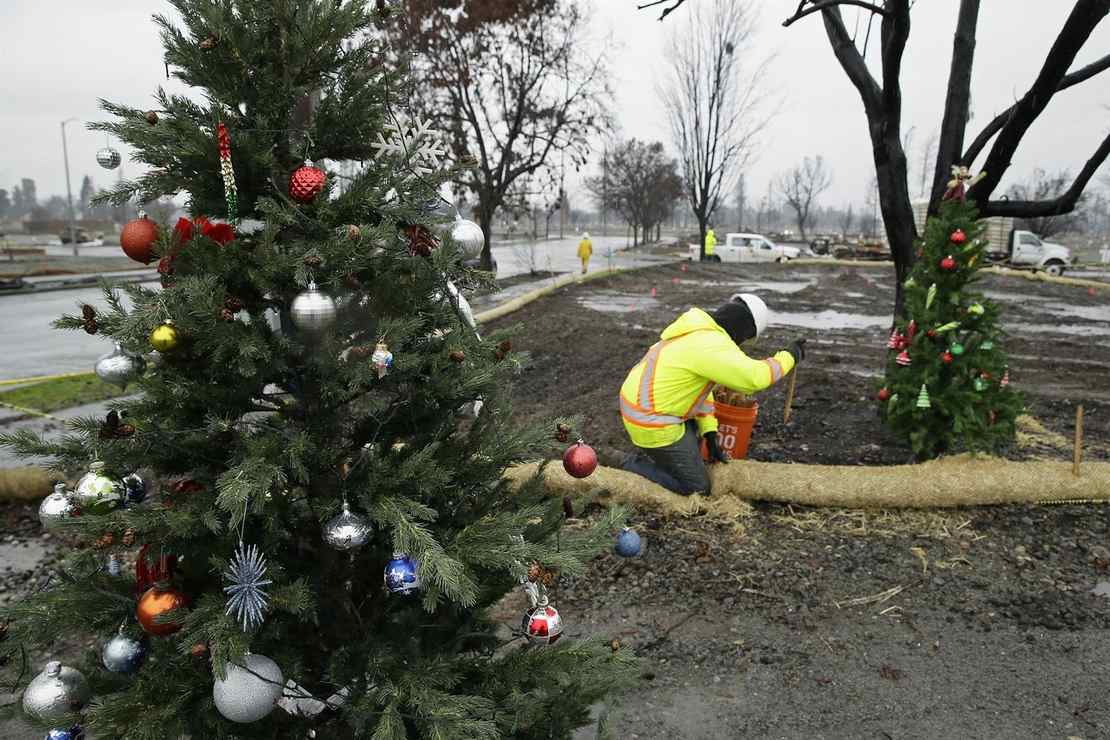 The war on Christmas in Europe is getting more intense. Last week, a Muslim in the Italian town of Sora terrorized everyone at a Christmas tree lighting by shouting the battle cry of jihad terrorists worldwide, “Allahu akbar.” Then in France on Wednesday, another Muslim screaming the same thing cut down the Christmas tree that the local town hall had placed in the center of the town of Lormont. You might almost get the idea that the European Union has imported a large number of people who despise Europe’s ancient culture and traditions, and are determined to destroy them. In such self-destructive impulses, America isn’t all that far behind.

The French-language publication Sud Ouest reported Thursday that the man who cut down the Christmas tree “arrived discreetly with the tools necessary to bring down the Christmas tree installed by the town hall, in the heart of a set of buildings, rue Georges-Jérôme-Duret, in Lormont.” As he took down the tree, he repeatedly shouted “Allahu akbar.”

These kinds of incidents are unfortunately not rare. There is a worldwide Islamic war on Christmas, obscured by the establishment media’s complete indifference to any story in which Muslims cannot be portrayed as victims. In France in December 2021, a Muslim disrupted Christmas Mass in the city of Carcassonne, entering a church and shouting that he was a Muslim. Also last year, according to a French-language report in Le Parisien, “two 23-year-old radicalized men were arrested on November 29 in the Paris region, then indicted for terrorism and imprisoned. According to a confession from one of the suspects, they planned to kill passers-by in popular places before Christmas and die martyrs.”

In Britain, meanwhile, the town of Chester installed bollards in the town square during the 2021 Christmas season, so as to protect Christmas shoppers from jihad terrorist attacks. The Sun reported in November 2021 that “TikTok is being used by the terror group Islamic State [ISIS] to recruit young suicide bombers to carry out attacks during Christmas celebrations.” One ISIS video described Christmas as “the celebration of the Kufar [non-Muslims] & Crusaders. They do not believe in Allah, and they make fun of the sacred. They are Shaytan [Devil] slaves.” Then it cut to scenes from Christmas revels, as a voice intoned, “Prepare yourself, O soldier of Allah to shed the blood of these Kufar.”

During the 2020 Christmas season, Muslims rioted in Vienna. One of the rioters explained, according to the German-language publication Heute, that “a Christmas tree has no place in a Muslim district.” When police arrived, the mob shot fireworks at them while shouting, once again, “Allahu akbar.” In Spain on Christmas Day 2020, according to the Spanish-language El País, “a Moroccan citizen was arrested.” He was “armed with a machete and shouting ‘Allahu Akbar (Allah is the greatest), I’m going to kill you’” at passersby. In France during that same Christmas season, according to the German Kronen Zeitung, “a young Muslim was beaten up for celebrating Christmas with his family and posting pictures of it online. The 20-year-old Nabil from the town of Belfort in eastern France was initially insulted and threatened by an acquaintance via the online network Snapchat. The schoolmate wrote to him that he was ‘shocked’ that Nabil was celebrating Christmas as a Muslim.”

All this came after, according to the Middle East Media Research Institute (MEMRI), “online supporters of the Islamic State (ISIS) distributed an audio clip of a new nasheed (Islamic religious chant) titled ‘Coldly Kill Them With Hate And Rage.’” The jolly folks who “released the song on Telegram included a poster featuring a Christmas tree with a bomb attached to it, and the caption: ‘Just Terror 2020. Here are their holidays at your doorsteps, and we are here too! And we are about to enter them with you!’ The post also includes the hashtag #MerryChristmas, suggesting it be used on social media to disseminate the song.” The most notorious manifestation of this Islamic war on Christmas in Europe came on Dec. 11, 2018, when an ISIS jihadi named Chériff Chekatt killed five people and injured eleven near the Christmas market in Strasbourg, France.

As Europe continues to welcome large numbers of Muslim migrants, there will be ever more of this. The European Union has pursued its mass migration project with no thought whatsoever to the cultural consequences of what they were doing. Or maybe they actively wanted to destroy Europe’s established culture, in which case they’re doing a terrific job. In any case, if you have wanted to visit the famous Christmas markets that spring up all over Europe in the weeks leading up to the big day, make your reservations soon. They might not be operating all that much longer.

CNN’s Bash Asks Schiff, Swalwell & Omar About Their Lies & Chinese Ties
New GOP governor to deliver Republican speech after Biden’s State of the Union address
How and Why the Left Is Making the Memphis Cops Into ‘Racists’
Jury clears Elon Musk in class action lawsuit over Tesla tweets: ‘The wisdom of the people has prevailed!’
Is This CNN’s Response to Gutfeld’s Ratings Dominance?